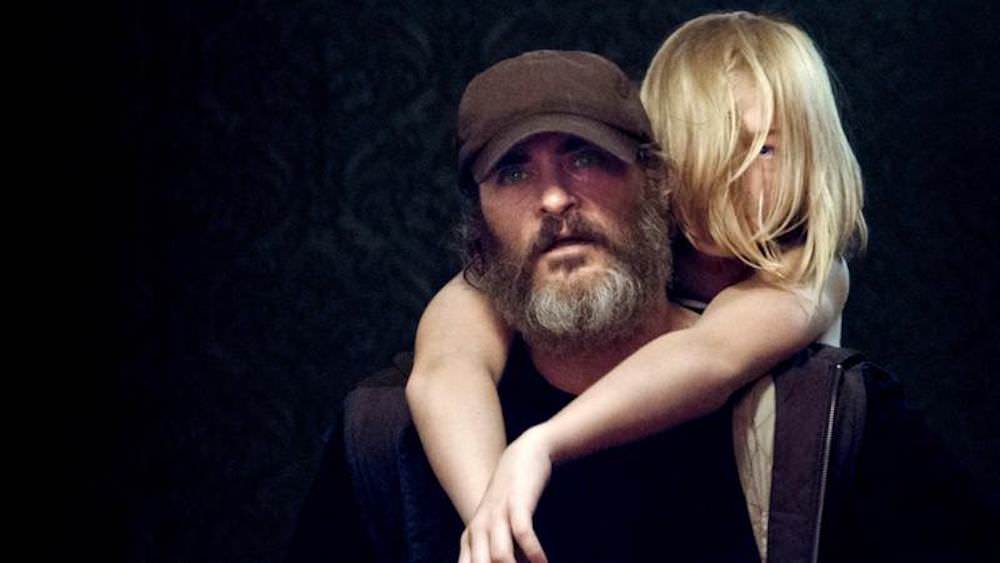 Writer/director Lynne Ramsay is one of those filmmakers who gravitate towards difficult material. Her last film, We Need to Talk About Kevin, was a breathtakingly bold look at a mother’s love for her very damaged child, based on Lionel Shriver’s novel of the same name. Her latest, You Were Never Really Here (Amazon), is another adaptation from a difficult novel, this one from Jonathan Ames. The film focuses on the story of a missing teenage girl and the traumatized veteran, Joe (Joaquin Phoenix), who tries to track her down. Since returning from war, Joe has suffered from a shattering case of PTSD, and to makes ends meet, he’s deployed his gruesome skill set into becoming an assassin. His weapon of choice is a ballpeen hammer.

Amazon has released the first trailer for the film, which wowed audiences at the 2017 Cannes Film Festival, where Phoenix won Best Actor and Ramsay won Best Screenplay. The film focuses on Joe’s attempt to save the daughter of a state senator, only the closer he gets to finding the girl, the more ensnared he becomes in a vast conspiracy that he finds himself at the very center of.

Critics have more or less gushed for Ramsays’ first film in six years, calling it a modern day Taxi Driver. Variety’s Justin Chang said the film “seals her [Ramsay’s] standing as one of our most fearless and forceful filmmakers, if not one as prolifice as she deserves to be.” The A.V. Club’s A.A. Dowd writes that “Ramsay has made a terrific short story, economical as hell but also so moment-for-moment gripping that you want to pore over its every shot, its every dark cranny.” It’s not for nothing that the film earned a seven-minute standing ovation after premiering at Cannes.

You Were Never Really Here will be released in select theaters on April 6, 2018.