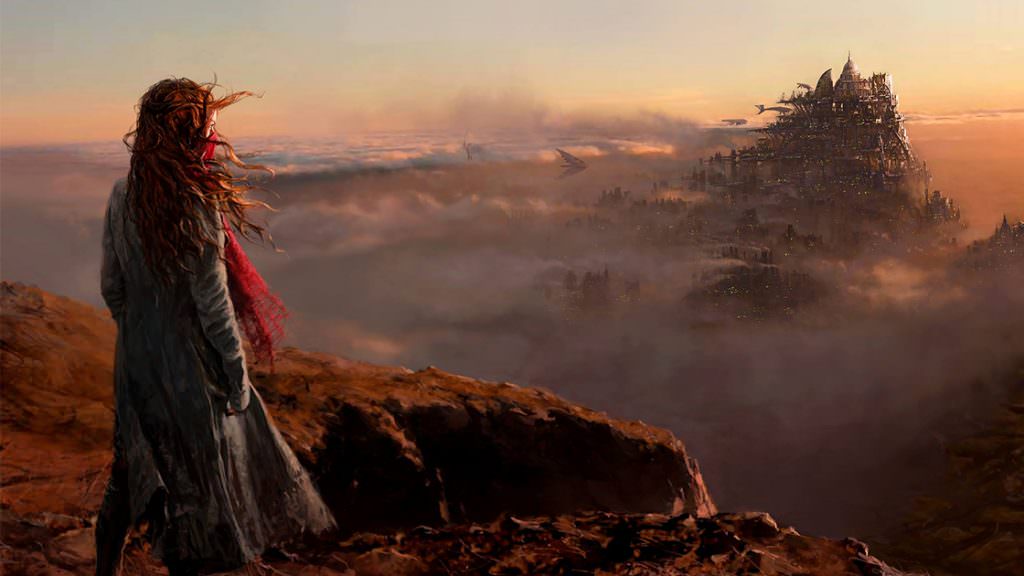 London Wheels Across the Globe in New Mortal Engines Trailer

Life as we know it has ended in the stunning new trailer for Mortal Engines. With the Earth nearly barren, humans are surviving on ecosystems living on massive mobile machinery that crushes the very sparse remaining trees like blades of grass. Larger cities devour smaller vehicles, presumably to consume their resources.

The movie, based on the novel by Philip Reeves, looks like a Mad Max on steroids with overly industrialized vehicles traversing a dusty landscape. The only character we see up close is Hester Shaw (Hera Hilmar) who wears a bandana across her nose and mouth. It’s likely she’s keeping out the dry dirt and dust, if not other toxins. Her troubles multiply when the small land ship that she lives on is literally consumed by what’s left of London.

Hilmar will team up with London resident Tom Natsworthy (Robert Sheehan) to battle the status quo. Also appearing in the cast are Hugo Weaving (Lord of the Rings), Ronan Raferty (Fantastic Beasts and Where to Find Them), Patrick Malahide (Game of Thrones), and Stephen Lang (Avatar).

Artist Christian Rivers, who worked on the storyboards and visual effects of Peter Jackson’s Lord of the Rings and King Kong, took the helm to direct the upcoming epic. Rivers is an Academy Award winner for his visual effects work on King Kong. Jackson co-wrote and produced the film, so we expect it will take place on an enormous scale. Screenwriter Philippa Boyens and Fran Walsh, who worked with Jackson on the Lord of the Rings and The Hobbit films, co-wrote the script.

Mortal Engines will be out next holiday season, December 14, 2018.