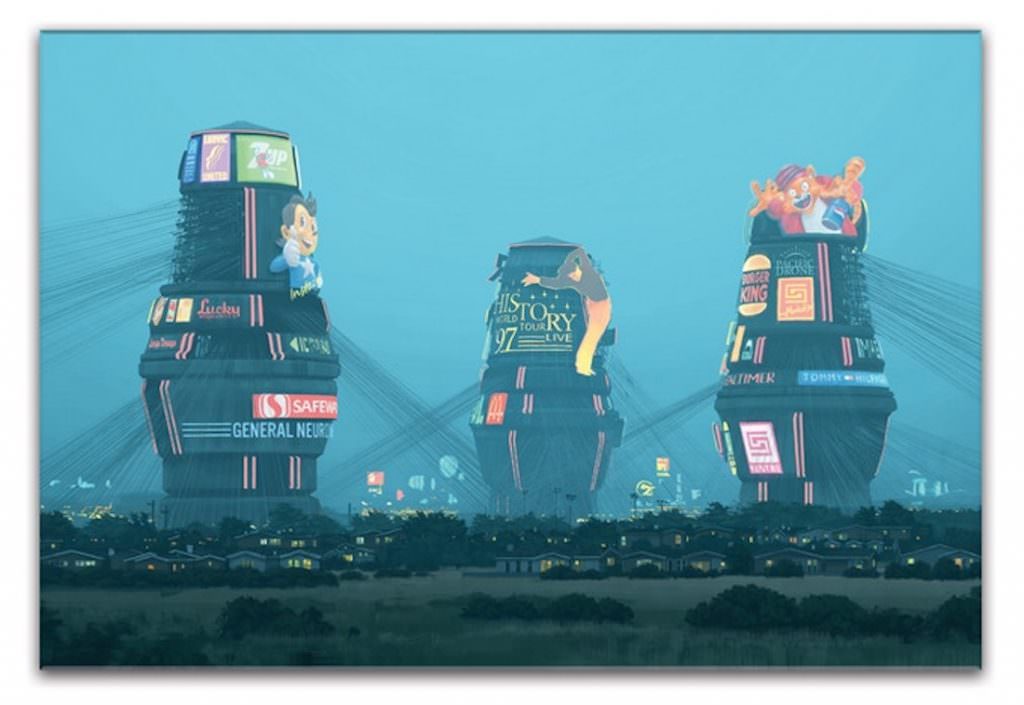 It & Avengers: Infinity War Directors Teaming up for Apocalyptic Sci-Fi

If you were going to make an apocalyptic sci-fi film based on a fantastic illustrated novel, you couldn’t ask for a better pairing of talents then the super siblings behind Avengers: Infinity War (the Russo Brothers) and It (Andy and Barbara Muschietti). The two teams seem to be on track to adapt Simon Stålenhag’s novel The Electric State, with Andy Muschietti directing and producing alongside his sister and the Russos.

This project is all about teamwork—the script will come from Russo favorites and Marvel’s go-to screenwriters Christopher Markus and Stephen McFeely, who wrote all three Captain America movies and both Avengers: Infinity War and Avengers 4. The illustrated novel is set in an alternate reality in which America in 1997 is a country sliding towards high-tech oblivion. A girl and her robot head west across a landscape dotted with rotting, fun-house looking contraptions and ruined battle drones, looking for civilization. Stålenhag’s got his novel going thanks to a Kickstarter campaign. On the page you’ll see the pitch video and a bunch of images that showcase Stålenhag’s gorgeous, haunting vision.

“The opportunity to partner with inspirational talents like Simon, Andy, Chris and Steve is exactly the reason we started our company,” the Russos told Deadline. “We can’t wait to help this team create something special.”

“In late 1997, a runaway teenager and her yellow toy robot travel west through a strange USA, where the ruins of gigantic battle drones litter the countryside heaped together with the discarded trash of a high tech consumerist society in decline. As their car approaches the edge of the continent, the world outside the window seems to be unraveling ever faster as if somewhere beyond the horizon, the hollow core of civilization has finally caved in.”