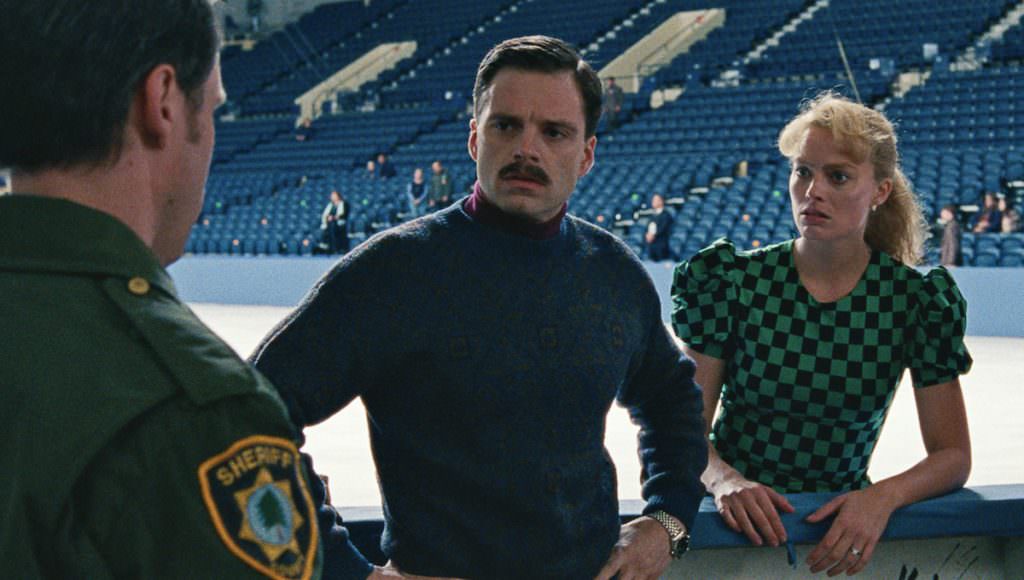 I, Tonya Screenwriter Steven Rogers on the Many Sides to one of the ’90s Most Infamous Antiheroes

Steven Rogers remembers watching Tonya Harding at the televised 1994 Olympics when she complained to judges about a broken shoe lace a few weeks after being accused of ordering an attack on rival Nancy Kerrigan. “I thought, ‘Oh, she just wants attention, anything for attention,’ because that’s what I was being fed,” says Rogers. “That’s what we were all being fed.”

Two decades later, Rogers burrowed beneath the scandalous surface and wrote I, Tonya. Opening Friday, the movie stars Margot Robie as a 44-year old Harding looking back on her troubled life from the age of 15. The quirky biopic marks a radical departure for Rogers. After completing Love the Coopers, his fifth relatively conventional Hollywood screenplay, Rogers was hankering for a new challenge when he happened to see ESPN’s Harding documentary “The Price of Gold.” Rogers says, “There was stuff in the doc that really resonated for me, having to do with our perception of truth and class and the media and memory and the things we tell ourselves just to be able to live with ourselves.”

A quick Internet search spurred Rogers to go deep on the once-disgraced skater. “I went on the Tonya Harding website to find out if her life rights were available and called the number for her agent. It was a Motel Six. I tracked down this woman in Texas who calls herself Tonya’s manager, but she’s not, whom Tonya calls ‘Mom,’ but she’s not.” The “manager” set up a meeting in Sisters, Oregon, where Harding lived at the time. Rogers says, “Tonya picked me up in her truck, which didn’t have a passenger door handle so I didn’t know how to get in. Things didn’t start off that great.”

But once Rogers got to know Harding, along with her second husband and child, momentum gathered. He interviewed Harding for two days, then tracked down her ex-husband Jeff Gilooly (played by Sebastian Stan), who’d changed his last name after going to prison for conspiring to crush Kerrigan’s knee caps. “Jeff’s point of view was wildly contradictory to Tonya’s,” Rogers says. “They didn’t remember anything the same and both tried very hard to control the narrative so I decided to frame the story as a documentary. I’ll just put everybody’s point of view up there and let the audience decide what’s what.”

Rogers failed to contact Harding’s estranged mother La Vona because, he says, “Tonya didn’t even know if she was dead or alive.” But he knew exactly who should play Harding’s physically abusive coach/mom/tormenter: Allison Janney. “I wrote the role of Lavona with Allison in mind,” says Rogers, a former actor who befriended Janney when they studied together at New York’s Neighborhood Playhouse. “When I, Tonya went out as a spec script, it had a lot of heat so I had some pull. I insisted, ‘It’s got to be Allison Janney in the role I wrote for her, and I want that in writing or it’s a deal breaker.’ This is before Allison even read the script, but I wasn’t taking any chances.”

Touted to earn a Best Supporting Actress nomination for her performance as a chain-smoking, acid-tongued working class mother fighting to tell her side of the story, Janney’s Lavona directly addresses the audience midway through the film to announce “My storyline’s pretty much disappeared. What the f—?” Breaking the fourth wall came naturally to Rogers. “I felt like all these characters were very dissatisfied so I wanted the screenplay to mirror that. I wanted to include all the things they say you can’t do in a screenplay, like having a character in the middle of a scene turn to the camera and say ‘This never happened,’ or having Allison’s character criticizing the script. These characters are rebellious, so I felt like the screenplay can be too.”

Rogers’ take on Harding’s rise and fall demanded a sure grasp of tone, since it intertwined love story, farce, sports performance, childhood trauma and true crime procedural elements. “The story really is funny and tragic and crazy and violent and true – ish, depending on whose point of view you believe,” he says. “Because of its tone, I knew I Tonya would never survive the studio system. I’d worked for so long in this system where writers are replaceable and I really wanted – – I know this sounds jerky and pretentious – – but I wanted to be an artist. So it had to be done independently.”

Assuming producer duties himself alongside partner Bryan Unkeless, Rogers interviewed nearly 40 directors before hiring Craig Gillespie, of Lars and the Real Girl fame. “It turned into a three hour conversation,” Rogers says. “Craig was the only filmmaker we met with who didn’t say ‘I love it, but.’ He understood the tone, the pacing – – there was no ‘but.'”

Rogers hopes I, Tonya shines a light on the way early cable television’s 24-hour tabloid news coverage of Harding helped spawn the snap judgment mentality that now permeates modern-day media. “Toward the end of the movie, Tonya says ‘I was loved, and then I was hated, and then I was a punch line.’ Then she looks right into the camera and says ‘You were all my attackers too.’ I want the audience to feel complicit. I want people to realize, ‘You don’t know what really happened because you’re just getting a one-note version of the truth.’ With I, Tonya, I’m saying, ‘Take a step back because there’s more to the story. Walk in her shoes a minute. Have a little patience. Show some empathy before you judge.'”