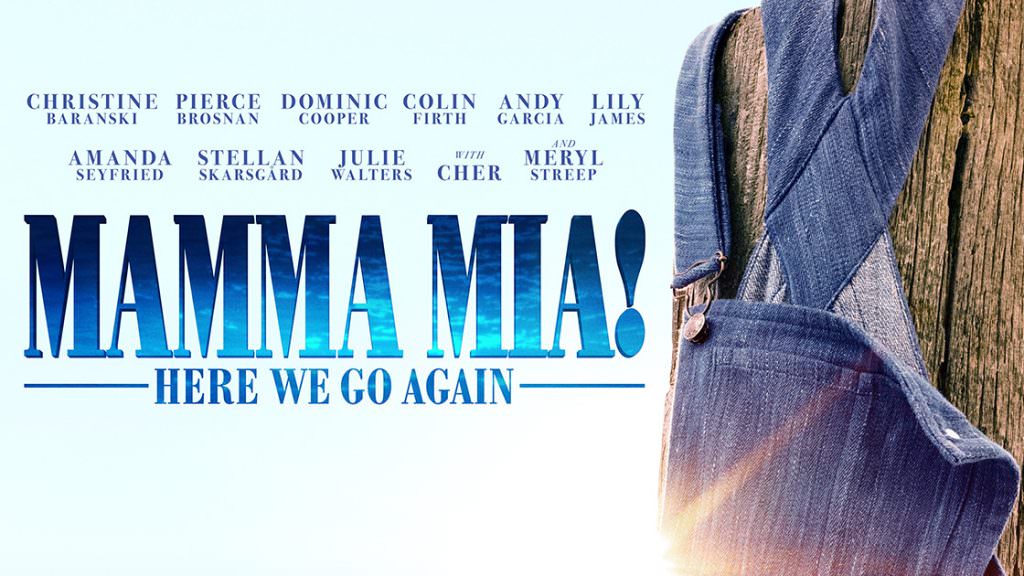 The dancing queens are heading back to the island. The first trailer for Mamma Mia!: Here We Go Again dropped today, and there’s a lot to unpack.

Sophie (Amanda Seyfriend) is having a baby with husband Sky (Dominic Cooper), so she goes back to the island where her mother and other loved ones live. Donna’s (Meryl Streep) former lovers, Sam (Pierce Brosnan), Bill (Stellan Skarsgard), and Harry (Colin Firth), who Sophie tracked down in the first film, are all there for the party. So are Donna’s best friends Tanya (Christine Baranski) and Rosie (Julie Walters) who tell Sophie the inspiring story about how Donna came to the island and made it on her own as a single mother.

Streep is definitely back to reprise her role, but there are a lot of flashbacks, so it’s unclear if her character is still alive. She seems to be missing from the major ensemble scenes, but there may be another explanation for her absence. In a surprising appearance, however, Cher does crash the baby shower like a well-tailored Maleficent. Although Sophie is supposed to be aggravated by the uninvited visitor, Amanda Seyfriend is so delighted, she almost can’t keep a straight face.

Lily James and an all new cast of young actors come on board for Donna’s origin story. James has the same fiery spunk that Streep had in the first film. In a totally perfect scene, a young Bill (Josh Dylan) finds a dress for Donna, but she debuts her adorable and pragmatic signature overalls instead. The carefree, fun, and fabulous vibe from the first film seems to be fully intact.

The sequel doesn’t appear to have any aspirations to break new musical ground, but with catchy hits like these, who needs to? The trailer features ABBA classics “I Have a Dream,” “Dancing Queen,” and “Mamma Mia.”