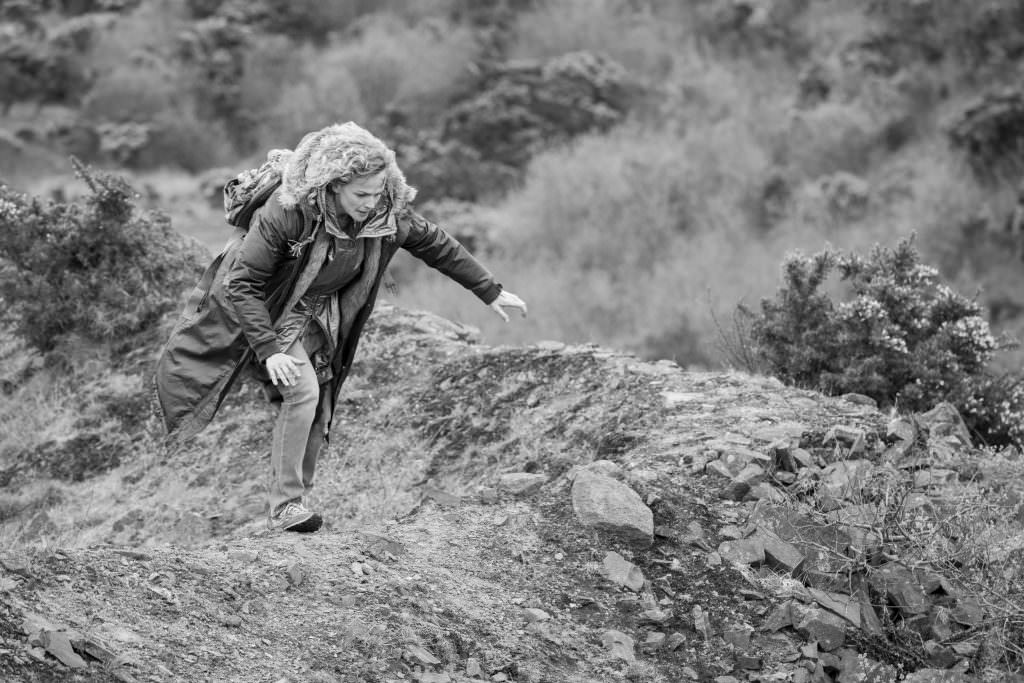 Black Mirror Trailer for ‘Metalhead’ is Intense and Mysterious

Tomorrow will mark the long awaited conclusion of the Netflix rollout of the Black Mirror season 4 trailers. What that means we can’t say for sure, but we hope it brings us much closer to the full episode drop. Five of the six announced episodes have now been teased with Black Mirror tweeting out a mysterious trailer for ‘Metalhead’ yesterday.

The plot of this episode is by far the most cryptic of the season’s trailers. Shot in black and white, Maxine Peake plays a woman on the run who communicates with an unseen party via walkie talkie. She has a mysterious symbol on her forehead that matches an ominous pattern on the episode poster. While the woman is traveling with a companion, she later ends up alone. It’s unclear what she’s running from, but it appears to be extremely dangerous and she has a real fear of dogs. We actually do see a canine running across a field at one point, but we sense from her dread this isn’t your typical house pet.

The episode’s style is reminiscent of ‘White Bear’ that had one of the most memorable plots of the series. The second season shocker followed a woman who couldn’t remember who she was. Bystanders seemed to film her as she was hunted, only to discover the cause of her terror was a court ordered punishment. ‘Metalhead’ is likely to have a mysterious twist at the end.

Tomorrow the trailer for the Star Trek inspired episode ‘USS Callister’ will drop. The poster debuted today with the Twitter caption, “Dare to go where no one has gone before.” The majority of Black Mirror episodes are set in our current time and generally on Earth, but we anticipate this episode will be overtly futuristic and intergalactic.

Dare to go where no one has gone before. pic.twitter.com/9oQceuzo2n

We have our hopes up that this week might be the season premiere and we can binge our way through the holidays. Black Mirror debuted with a bang and has strengthened with every year so we’re looking forward to another mind shattering season.