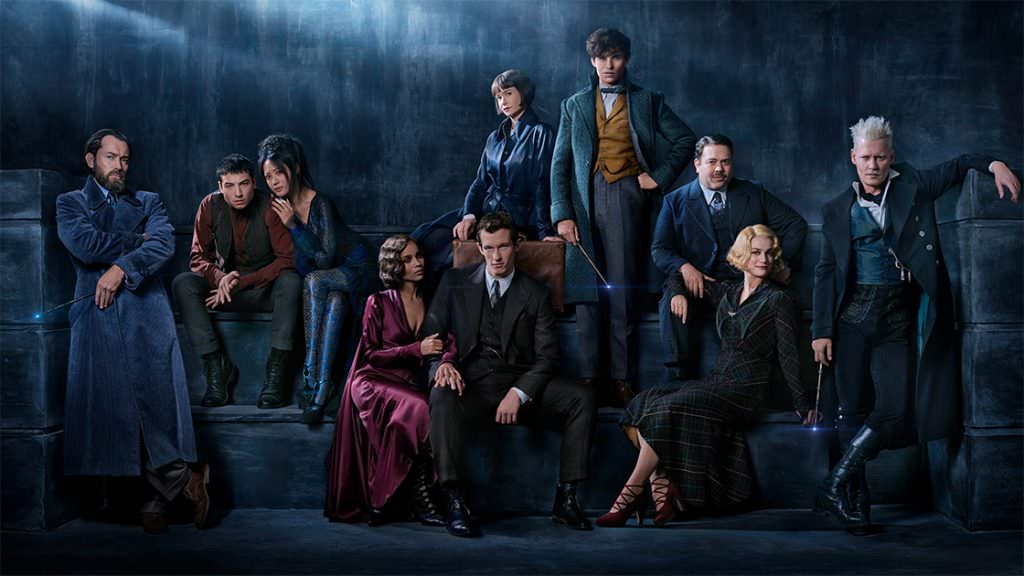 What We Know About Fantastic Beasts: The Crimes of Grindelwald

Exactly one year from today, something wicked will be unleashed on the wizarding world. To mark the occasion, we were showered with magical goodies from the official Fantastic Beasts Twitter.

We can finally stop referring to the next Newt Scamander adventure as Fantastic Beasts and Where to Find Them 2. The official title has been announced and part 2 of the Fantastic Beasts series will be titled The Crimes of Grindelwald. This is the first time that wizarding world fans have been in the dark about a film title. Each of the movies in the Potter series were named for the corresponding book. The spinoff prequel, set in the 1920s, was named for Scamander’s famous textbook that we have yet to see be written.

The title suggests that we’ll see Gellert Grindelwald’s sinister agenda is on the rise. He’s been unmasked and captured, but that won’t keep the dark wizard down for long. Grindelwald is destined to possess the all-powerful elder wand leading to one of the most fabled battles in the wizarding canon.

We already know that Harry Potter’s beloved headmaster, Albus Dumbledore, has history with Grindelwald. A powerful wizard, Dumbledore came to be the wise historian who guided Hogwarts through the war with Voldemort. We’ve seen snippets of his experience with the dark arts that led to his sentient later years, but what his relationship is with Grindelwald at this point is unknown.

Yesterday, the official account dropped a clue that Grindelwald is close to taking possession of the elder wand. The magical instrument was featured next to another glamorous wand, apparently belonging to Dumbledore. The ultimate battle doesn’t take place until 1945, and The Crimes of Grindelwald occurs in 1927, so we probably aren’t there yet.

In one year, return to the Wizarding World with Fantastic Beasts: The Crimes of Grindelwald. #MagicInProgress #FantasticBeasts pic.twitter.com/8aWj8xhGj5

The most magical news of all is the first cast photo, and of course it’s enchanted. This is our first look at Jude Law as Dumbledore, and it’s terribly exciting. He looks appropriately solemn and buttoned up, keeping a watchful eye on Grindelwald. Newt, Dumbledore and Grindelwald all have their wands at the ready. Could that foreshadow Scamander being pulled into the middle of their conflict?

In the protagonist category, Newt Scamander (Eddie Redmayne), Tina (Katherine Waterston), Queenie (Alison Sudol), and Jacob (Dan Fogler) are all returning. It looks like Jacob and Queenie’s romance will be sparked once again. Ezra Miller is back as the tormented Credence Barebone. Zoe Kravitz joins the cast as Leta Lestrange, presumably a relative of future Death Eater, Bellatrix Lestrange.