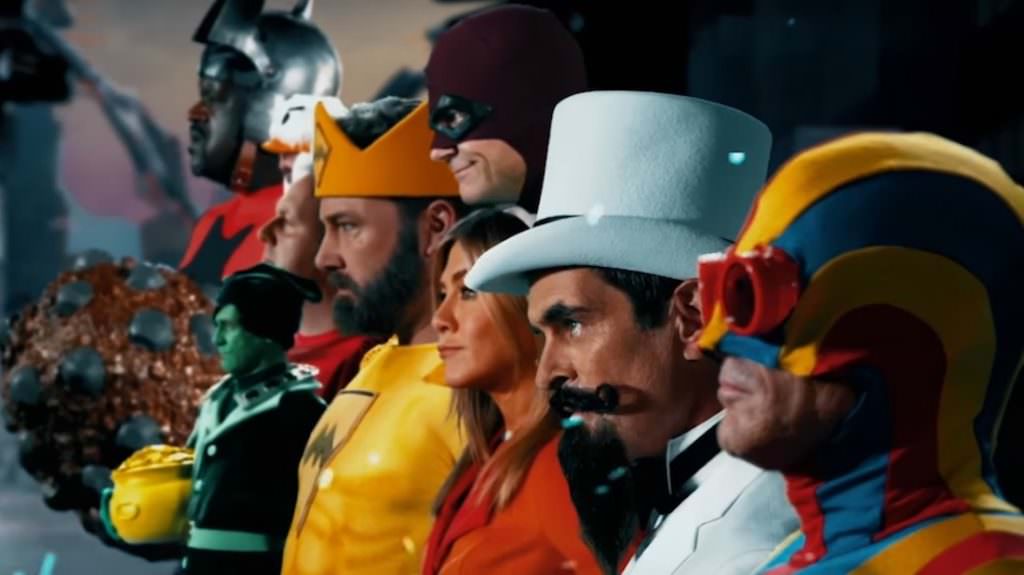 Watch The Terrific Ten, Directed by J.J. Abrams From a Comic Book Written by Jimmy Kimmel—When he was a kid

Jimmy Kimmel recently turned 50, and in honor of his birthday some of his famous friends got together to turn a comic book he made when he was a kid, The Terrific Ten, into film. Directed by J.J. Abrams, and starring a who’s who of Hollywood royalty.

You know you’ve reached the pinnacle of success when the guy who directed Star Wars: The Force Awakens is turning your childhood comic book into a film. What makes it even better is that Abrams, in adapting Kimmel’s work, declined to edit it at all. This means that all the famous folks who showed up to film this thing were using a script written by a child, and the results are as predictably hilarious as you’d imagine.

Ben Affleck was on Kimmel chatting about a little comic book film of his own that he’s starring in, Justice League, which premieres this Friday, when he dropped the news that The Terrific Ten existed. In the film, Affleck is joined by Jennifer Aniston, Zach Galifianakis, Jason Bateman, Will Arnett, Cousin Sal, Jon Hamm, Shaq, Ty Burrell, Billy Crudup, Jake Tapper, Wanda Sykes, and, drum roll please…Kimmel’s best frenemy, Matt Damon.

We now present to you The Terrific Ten ‘s world premiere, a supremely silly, satisfying escape from all that’s not terrific in the world today.