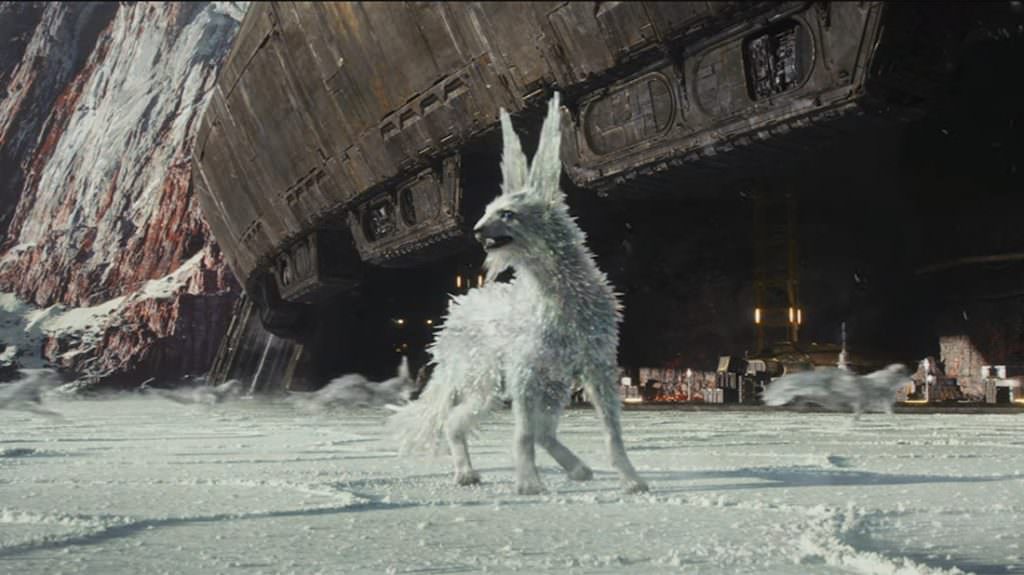 Watch how the Star Wars: The Last Jedi Team Created the Crystal Foxes

While the porgs have sucked up a lot of the oxygen when it comes to describing the new, adorable creatures coming to us in Rian Johnson’s Star Wars: The Last Jedi, none look quite as spectacular as the crystal foxes we’ve glimpsed in the trailers. Now, the good people over at Lucasfilm and Walt Disney have released this mini featurette, which describes the evolution of these fantastic creatures from an idea in Johnson’s head to the alien animals we’ve seen (briefly) on screen. In their animatronic form (the Last Jedi team had three different version of the foxes, depending upon their needs in a particular sequence), the foxes required 25,000 crystals, each, in what looks to our eye like a stunning, moving piece of art.

The crystal foxes are captured in three ways; through remote controlled animatronics, as a hand puppet, and finally, as a fully rendered CGI creation. By using these three methods, The Last Jedi team was able to breathe life into the foxes, combining practical and special effects in yet another astonishing achievement.

The head of Star Wars creature shop, the legendary Neal Scanlan, revealed to Entertainment Weekly that his designers took inspiration from crystal glass chandeliers, specifically “the luminosity and elements of refraction” that they create. Scanlan revealed to EW that in order to nail their movements, they recruited the help of a very good dog, who they covered in drinking straws and watched as it moved to see how the crystals might move on their, at the time, theoretical crystal foxes:

“We had a little dog come in and we built a little suit for it, and we covered that suit with clear drinking straws,” Scanlan said. “It was amazing to see him run around. It could run and jump, and it had this wonderful sort of movement to it. It had a great sound to it, as well, because all the little straws moved and flexed with the animal. They live within the burrows and within the tunnels beneath the planet,” Scanlan says. “So there is a time where their ability to shine within the darkness, should provide a guiding light to our heroes

We’ll get to see the crystal foxes in all their luminous glory under a month; Star Wars: The Last Jedi opens on December 15, 2017.