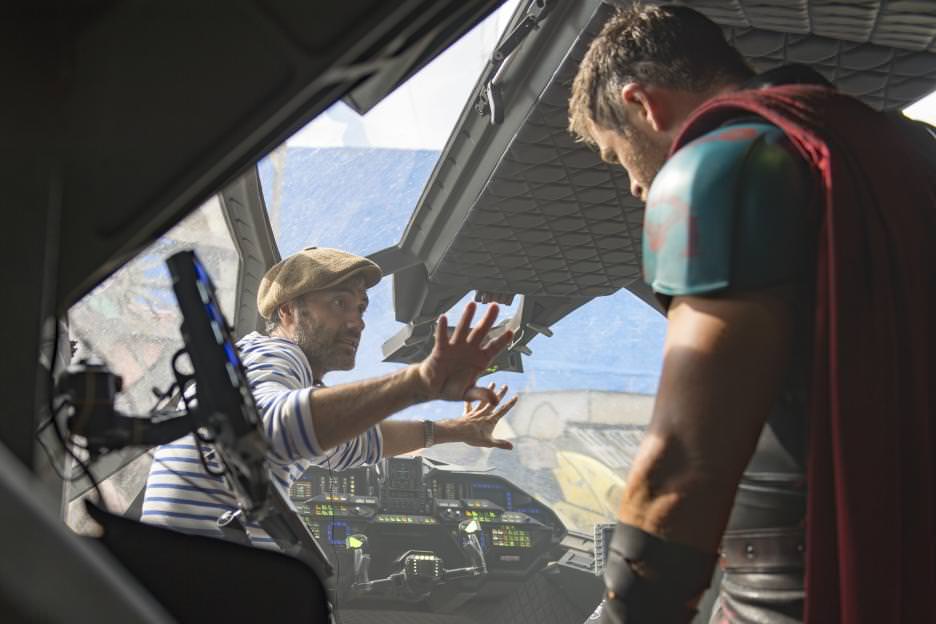 Thor: Ragnarok Director Had a Bold, New Vision for the Franchise

When you head to the theater this weekend to see Thor: Ragnarok, don’t expect to see the same old Thor swinging the same old hammer saving the same old world from certain doom. Ok, well, he probably will be doing those things, but director Taika Waititi had a vision for the franchise that gives the Norse god new energy.

Speaking with io9, Waititi said he was drawn to the series because of its potential. The first two installments had seen a more serious Thor, and Waititi felt like he could lighten things up.

“In all honesty, I knew it was wasn’t the most popular or strongest of the franchises,” Waititi said. “But that’s really why I become interested in things. I don’t want to come in as the third director on something that’s super established.”

Waititi definitely made his mark adding humor, bright colors, and a carefully crafted story to Thor number 3. You might not immediately think of Thor as being a naturally comedic character, but Waititi saw a charming actor in Chris Hemsworth and a blank slate to mold.

“Coming into something that wasn’t quite as sure of itself—that didn’t quite know what it was—that was a lot easier,” Waititi said. “I felt like I had something to bring there. It was kind of calling for some shaping and branding. So that’s actually one of the reasons I decided I could bring something, because it felt a little like an underdog project. And I really go for the underdog.”

Waititi was a bit of an underdog, himself. This is the funnyman’s first studio film and it’s quite a starting point. Marvel films always cap out at the top of the box office and Thor already had a huge fan base. It looks like Waititi’s bold vision will pay off and Ragnarok is only going to make the superhero even more popular.