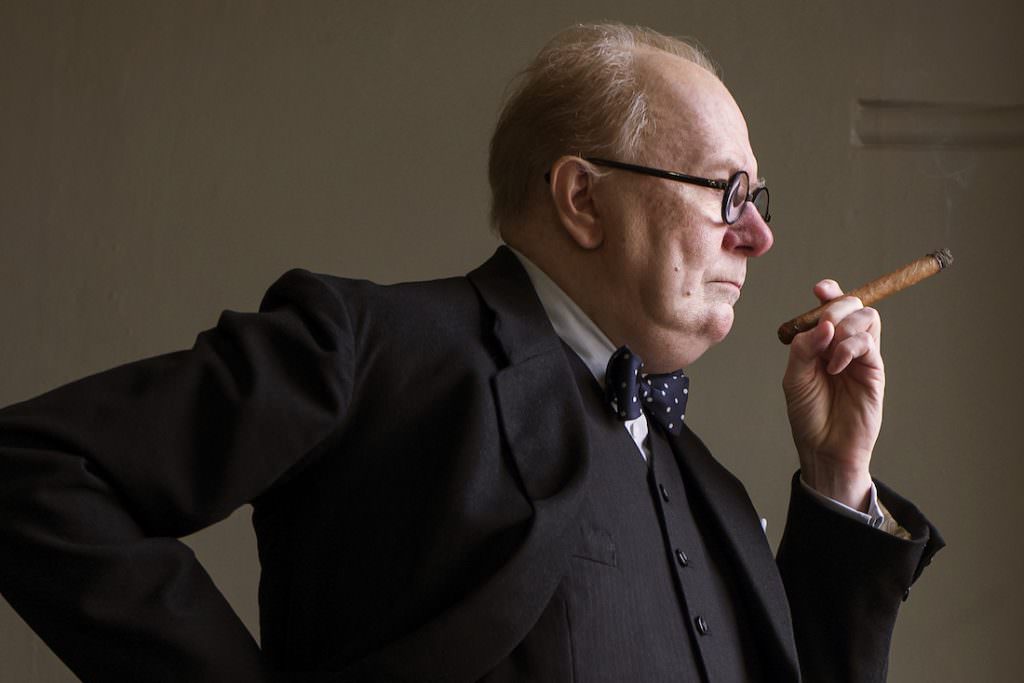 In Part 2 of an interview with Darkest Hour director Joe Wright and star Gary Oldman, who has been receiving glowing reviews for his portrait of Winston Churchill in the film that opens November 22, they discuss the physical part of his performance, a few noteworthy props and why the actor who brought to life everyone from Sid Viscious to Beethoven on the big screen has only been nominated once for an Oscar. To become Churchill, Oldman requested that Kazuhiro Tsuji, who was retired, would handle his special-effects makeup. It took six months to get the right prosthetics, hair and makeup and three and a half hours each day on set to turn the actor into the iconic Churchill.

Check out Part I here.

Your performance, Gary, is just wonderful. You found shades in Churchill’s personality I haven’t seen before. You seemed to really relish this amazing physical transformation you went through every day.

Oldman: I never complained once, did I, about the makeup?

Wright: No, no, no. Not ever. He complained about the cigars.

They were Churchill’s favorite. brand, Cohiba Siglos. You really had to smoke them. Aren’t there fire hazard regulations to worry about?

Oldman: Not for Churchill. 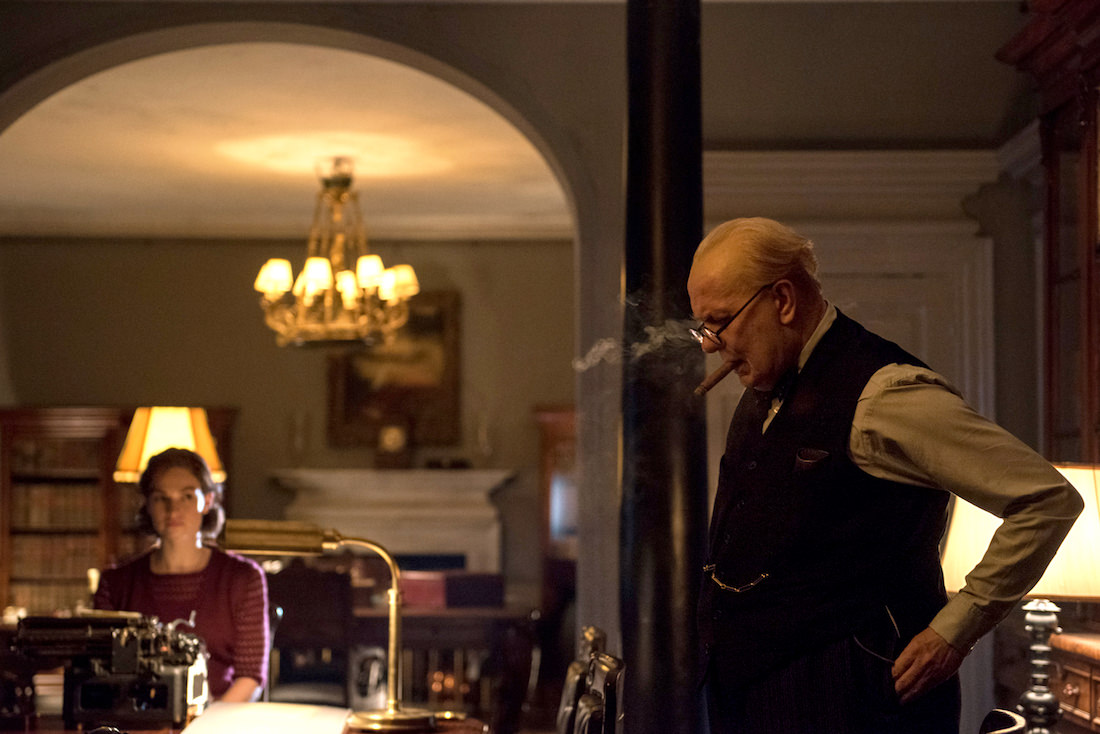 What kind of amber substance were you drinking in those tumblers?

Oldman: Oh, it’s tea. He used to nurse, so we were told by more than one person, a thimble full of Scotch and water that he then would then nurse throughout the day. Someone said that it was almost like mouthwash, it wasn’t much bigger. He did drink a pint of champagne a day, which isn’t that much if you think about it. Then he was drinking wine with dinner. And he would have cognac and other stuff afterwards. And then go back to work and write until 3 in the morning.

How many famous speeches are in the movie?

Wright: Three. That was really the germ of the whole film was this idea that Anthony noticed three of the greatest political speeches were written in a four-week period and asked himself the question, “Why and how?” So was how the whole project began.

Are the speeches known by different names?

Oldman (with his phone in his hand): This is an app that has all of Winston Churchill’s speeches from 1939 to 1940. What you do is you just go to the app, hit the speech you want and you hear it. It was a wonderful tool to have. It was like I had him in my pocket.

As impressive as you were at delivering his words, what truly made me believe you as Churchill were your eyes.

Oldman (to Wright): You always have that quote. I can never remember it. Hitchcock.

Wright: “The dialogue is what happens whilst the eyes tell the story.”

There are three scenes that left a big impression on me. One was when Churchill and Ben Mendelsohn as King George VI are sitting together and trying to find common ground. When he says, “You scare people.” And you say, “Who?” And he answers, “You scare me.” I admired how Ben found a way not to do what Colin Firth did before him in The King’s Speech. And the backwards “V for Victory” sign, which means something naughty in England. And the Underground scene where Churchill rides with the common folk and surveys them about whether the country should offer a truce or go to war.

Oldman: We had two goes at that, didn’t we?

Wright: Yeah, we did. You were poorly

Oldman: The first day I came on.

Wright: I was glad I had more time to work on it. 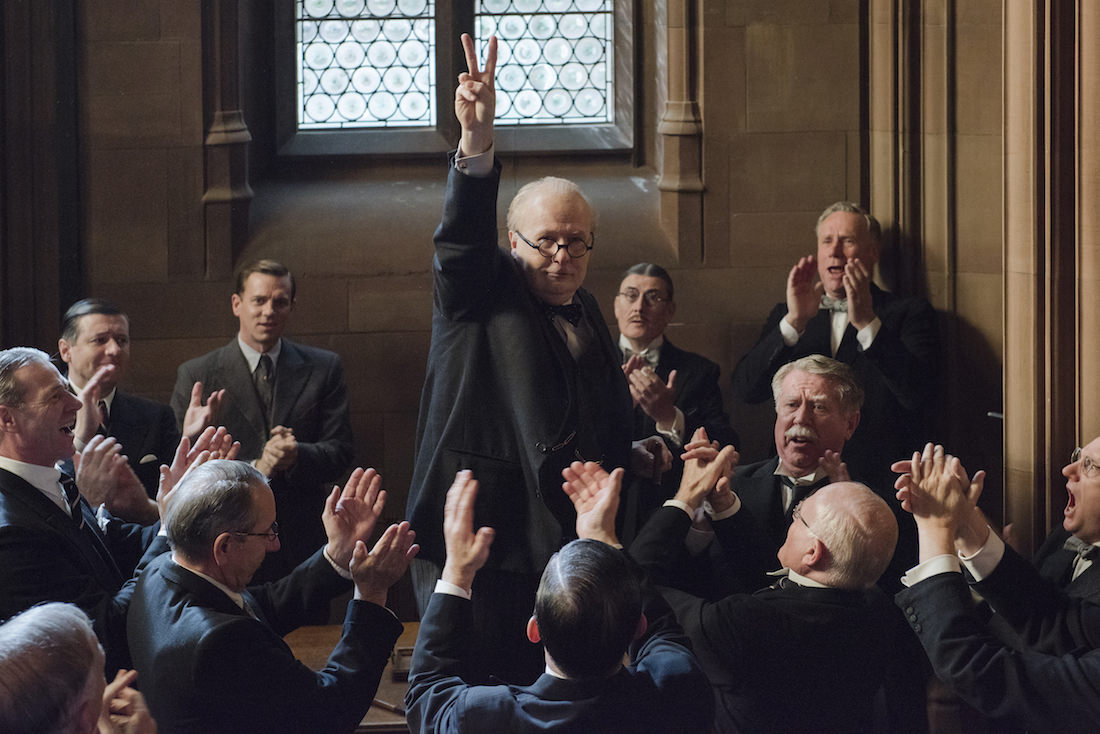 I can’t believe that you have only been nominated for a best-actor Oscar once, for 2011’s Tinker Tailor Soldier Spy.

Oldman: I just never really played the game. It was the first time I did a little bit for it. You know, I never had a publicist. To this day, I don’t have one. I am not saying this because Joe is sitting next to me. I think that this is possibly some of my best work. Just the experience of coming in every day and working on it is the highlight of my career. Everything from just Joe, the crew, the actors, the rehearsal, the whole approach to it, the collaborative aspect of it. You were very open. All of those things make it very special. And I wanted to stand in a room full of people and say, “We shall fight them on the beaches. We shall fight them.” And I got the chance to do it and I got what I wanted out of it. It’s great that people have responded to the movie so favorably, and so we will see where it goes. I think Kazu has it in the bag.

Wright: What most people don’t realize, the reward is getting to do the work. Because Gary and I are people who love, love making films. That is the joy of it. The process is the joy. And the end result is frankly less important.