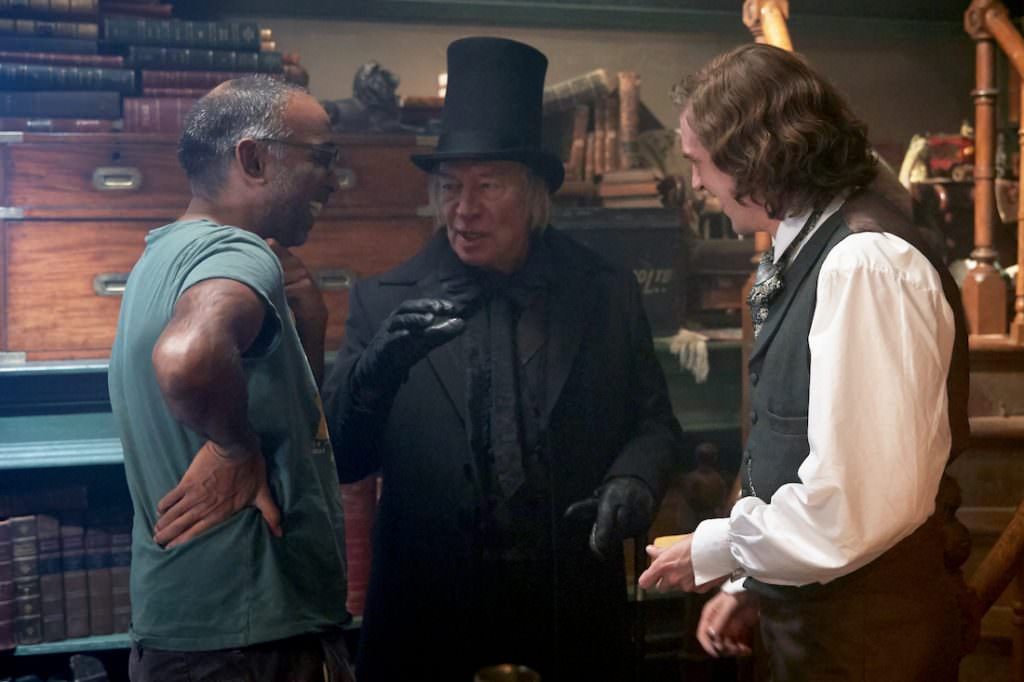 Talking to Director Bharat Nalluri About The Man Who Invented Christmas

Director Bharat Nalluri says that in a very personal way, Charles Dickens’ A Christmas Carol taught him the meaning of Christmas. His new film, The Man Who Invented Christmas, is the story of the six weeks Dickens, under enormous professional, financial, and family pressure, wrote and published the book, which sold out its entire printing within a week after publication. Dan Stevens (Downton Abbey, Beauty and the Beast) plays the author and Christopher Plummer plays the Scrooge he imagines as he creates the story.

This is such a beloved story and it has been told so many times on film, for me most memorably in the 1951 British version starring Alastair Sim. Was that daunting or encouraging?

I’m a huge Christmas Carol fan and, yes Alastair Sim’s version is the bee’s knees, and so I just didn’t want to let anyone down.  It’s such a huge thing to take on.  But as soon as I saw Dan doing his thing I was like, “I’m totally okay; we’ve got something.”

I think Susan Coyne’s beautiful script is the reason why we all jumped on board. It is just gorgeous. The other thing is I think Dickens is very full of humor on paper but his genius is always how he got some subtext into it about the human condition. In a way what Suzanne did with the script and its portrayal of the artistic process is similar.  It is fun and you laugh and then you’re crying and enjoying the journey.  She’s giving you a lot in the bits in between and I think that one is reflective of the other.

We’ve all seen many, many adaptations of Dicken’s work and usually the look is very grimy. The look of this film is a bit brighter. What were you trying to show?

We took off from one of the references in the movie about the fact that as a child Dickens was shown magic lantern shows by his father. That magical, bright world became a visual cue for us. There’s a little bit of grime in our world but I think I wanted to reference the magic lantern shows that Dickens’s world was in his eyes and how he was imagining A Christmas Carol at the time. We heightened everything a little bit so that the colors popped and the costumes popped. We wanted to reflect what Charles was going through at the time that was this kind of energetic six-week dynamic moment in his life that changed his life after great success and then some setbacks. This was the moment that really unblocked him and he just went on to write masterpiece after masterpiece after masterpiece. 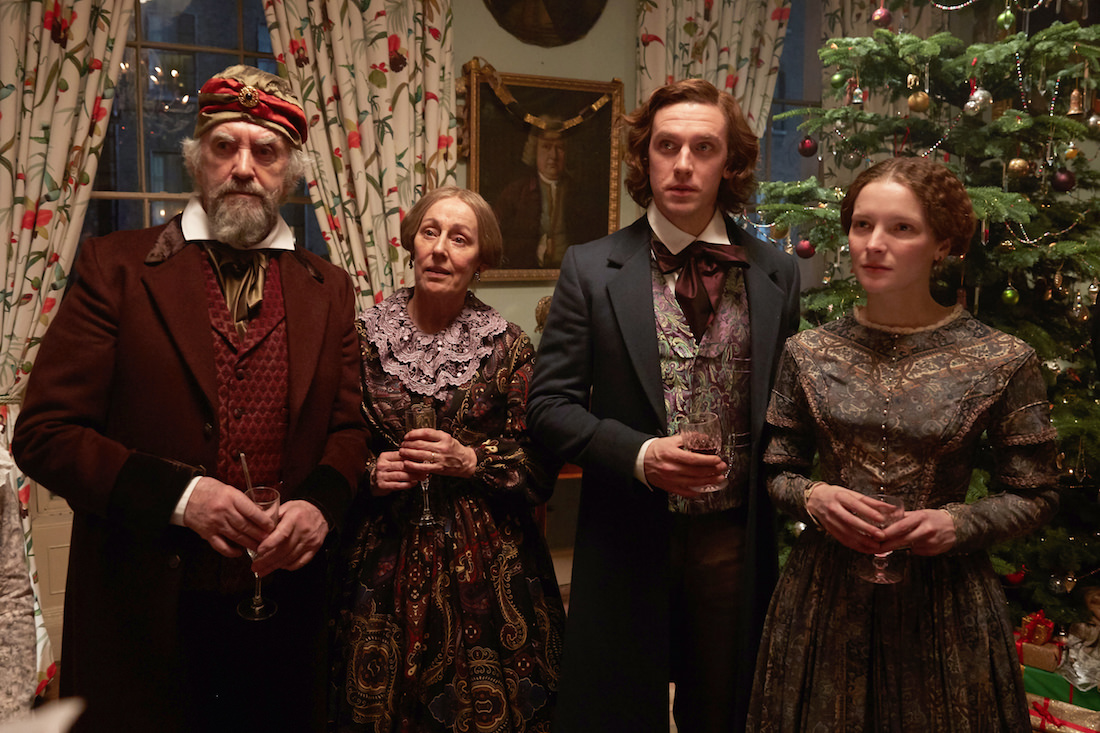 Part of what opens Dickens up to understanding where his story could go was his interaction with his fond but irresponsible father, a sort of Mr. Micawber character, played in the film by Jonathan Pryce. What does that relationship give to your story?

In a way Dickens is putting his ghosts to rest and realizing what he is, and it’s incredibly reflective of Scrooge’s journey as well. Dickens had this issue with his father because his father was thrown into debtors’ prison. So Dickens was terrified of the word debt. It also gave him that momentum to write about debt and poverty and making sure that the voices of the poor were heard.

Dickens was really caught between loving his father and despising him really. As many people are, he’s a product of his parents. What the film does is it shows you how he tried to put that to rest by writing this book and by doing that freeing himself up to go on and write what he did afterwards.

The film takes place over such a compressed period and Dickens is frantic for much of it and yet you were able to get a lot of different tones; humor and heart and even a little bit of scariness into it.

Anything that’s worth doing usually has a complex tone to it. If the tone is easy I’m usually not attracted to it because it’s just A + B = C and it’s kind of formulaic and predictable. Luckily I had a beautiful script that it all. I call it the tightrope of tones because it’s very easy to fall off something. And I had incredible actors. Dan is moving at breakneck speed at full-blown emotion one moment and laugh out loud the next moment and that’s a very complex journey to thread. We just spent a lot of time just making sure that whatever we did had a kernel of truth in it and kind of a human instinct at the base of it. If you get that, if you get the human truth; the human consequence at any moment whether it be a funny moment or a sad moment or a scary moment, if it’s real in that context then you can go out on a limb and the audience will go with you and follow the story because they believe that the heart of that is the true journey. When you have Chris Plummer and Jonathan Pryce and Dan Stevens and Morfydd Clark and Miriam Margolyes, Simon Callow and Bill Paterson I just get out of the way.

What does it mean to say that Dickens “invented” Christmas?

When he was writing A Christmas Carol, Christmas celebrations were pretty austere. He wrote a book that gave you a picture postcard idea of Christmas as a time for kindness and generosity. I think the reason it resonates over the decades upon decades and never been out of print is because it actually says something about the human condition. Personally he did invent Christmas for me. I was born in India and my parents brought me into the north of England and Christmas wasn’t a thing that was always huge in my family. I didn’t really know what Christmas but I was surrounded by people in the north of England on the Scottish border where Christmas was just huge and it was a really joyous time for people. I couldn’t quite get it because it just didn’t register with me and then when I was about 10 or 11 I read A Christmas Carol and it completely clicked. I completely got what it was. So in a weird sort of way Dickens really did invent Christmas for me.  We all look back and we have this wonderful image of what Christmas should be, that combination of everything we want. We want family life, we want to be around a roaring fire, we want to be roasting chestnuts, we want to hear snow falling but we also want to be good to each other in the human spirit. It’s that combination which is combined so beautifully in Dickens’ book and which we pay tribute to in our film.