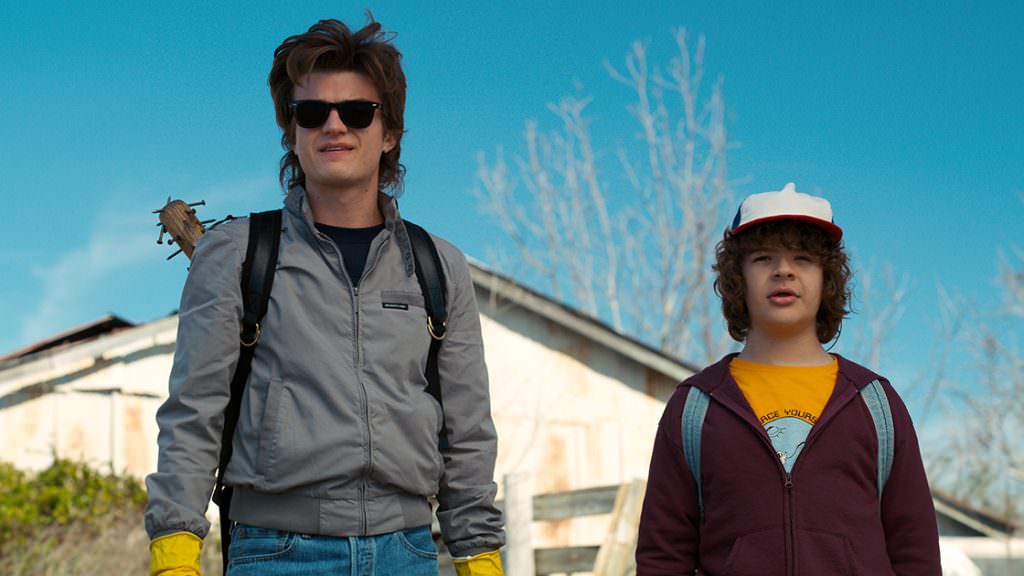 The Story Behind the Orthodontist Who Designed That Stranger Things Shirt

Jim Hopper may be the authority on solving mysteries in the Upside Down, but we wanted to get answers to the case of the vintage orthodontist shirt so we did a little detective work of our own. Ok, it was just regular old journalism, but we did track down the Missouri doctor who designed Dustin’s shirt in episodes 5 and 6 of Stranger Things 2. Orthodontist Wes Allai, from Springfield, MO gave us the low down on the story behind the design, how it ended up on the super popular Netflix show, and why you can only get the shirt from him.

Dustin (Gaten Matarazzo) takes center stage in episode 6 as he and Steve (Joe Keery) go on the hunt for Dart, Dustin’s not-quite lovable pet (we’ll refrain from telling you what Dart is in case you haven’t seen the show). The guys get a lot of face time, and so does the shirt that Dustin is wearing. A zip up hoodie obscures the full image, but you can make out the distinct font and blue planet featured on Allai’s outer space and dentistry themed shirt. The story behind the design is so awesomely nerdy and ridiculously 80s that it seems fated to end up on the show. 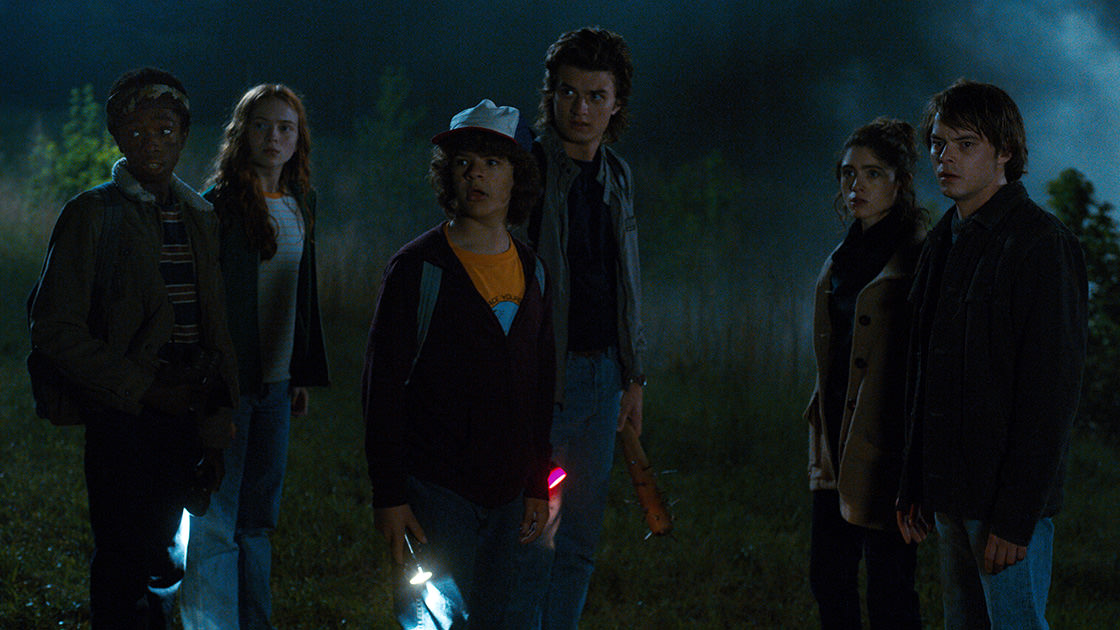 “When I got out of ortho school in 1982, it was the time of the Challenger explosion and the building of the space station,” Allai recalled. “It was all a big thing. The nation came together when the space shuttle blew up on the launch pad way back when.” The space age was a technological boom that had ramifications here on Earth, including the development of cell phones and Internet. The materials that were ideal for sending us into orbit also had unintended uses on our own planet.

“The wires that we use to treat our orthodontic patients nowadays were all developed by NASA,” Allai explained. “It’s something called Nitinol, and what that stands for is nickel titanium Naval Ordnance Laboratory. It’s on the outside of the space shuttles so that whenever it’s hit by space debris, and it reenters the atmosphere, it just springs right back. That’s what our wire does. It has 100% memory, so whatever we do with it, it just keeps working.” If we had all just known we were getting space metal installed in our mouths, we might not have complained to our parents about getting braces. 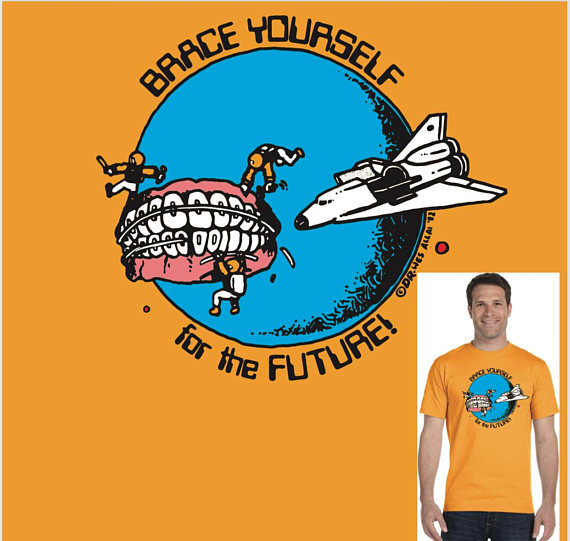 The vision for combining the two themes came to Allai one night and he immediately sat down to sketch it out. The result was a shuttle passing a planet while astronauts installed braces on a giant mouth, with the tagline, “Brace Yourself for the Future.” He took it to a local screen printer and had the shirts made. “I sent it in and got it copyrighted, so I have enjoyed it for the last 35 years, giving it to my patients. That’s the only place you can get it because of the copyright, from me. Somehow it made it to L.A.”

The famous appearance may have gone unnoticed on a lesser-known show, but the shirt made it onto one of the biggest shows on television. Allai had never watched Stranger Things, but he was suddenly flooded with messages from patients who spotted the same shirt they had in their closet. Local CBS affiliate, KOLR 10, inquired with Netflix about the shirt and they confirmed it was Allai’s design. “They said that their people who were doing Stranger Things were cruising the Internet one time for 80s nostalgia wear that would fit the thing they were doing. Because the kid, Dustin, who was wearing it had braces or was getting braces, they tied that together. That’s how they said they came up with my tee shirt.”’ 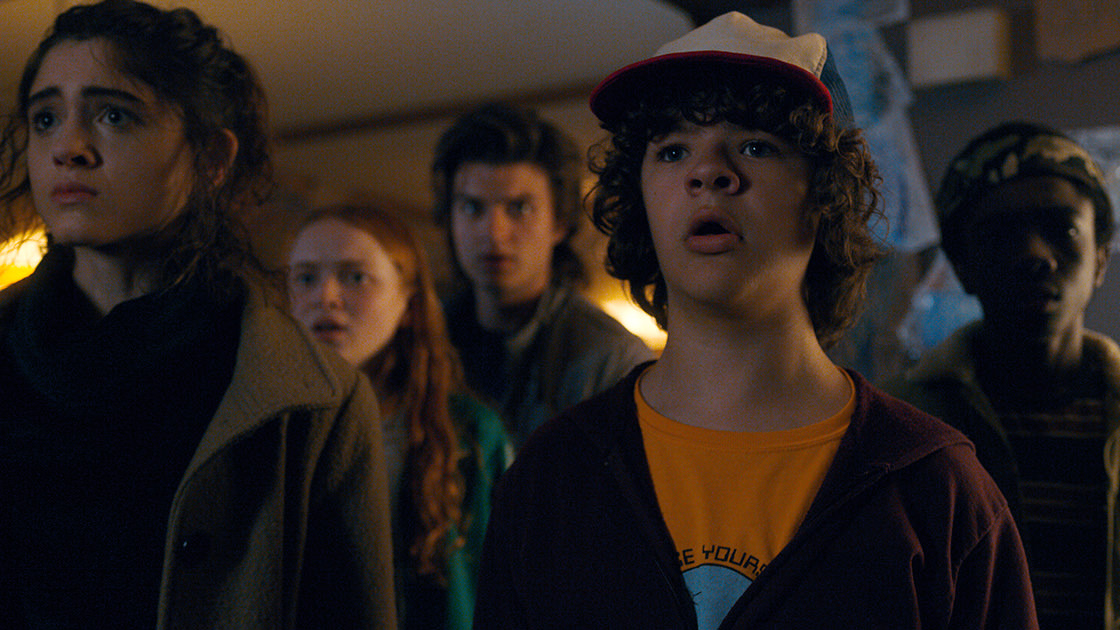 Actor Gaten Matarazzo actually has a medical condition called cleidocranial dysplasia, affecting bones and teeth, that was written into the show. In season 1, Dustin was missing his two front teeth. Season 2 saw the character get a new set of chompers that he excitedly showed off throughout the story.

Allai said that some lucky patients held onto the shirt they received more than 30 years ago, but he still hands them out. He receives 400-500 new patients each year and still plans to give them away, but if you aren’t in need of dental work, there is one other place to buy them. The shirts have appeared on Etsy, and Allai confirms it’s an accredited dealer. “My daughter, Molly is selling them,” Allai laughed. “I turned it over to the four daughters. I said I’ll buy the tee shirts, you guys do with this what you want. The money is yours for the grandkids.”

Allai won’t be leaving his practice for the shirt business anytime soon, but he hopes people enjoy the novelty. “Hopefully it’ll be good over Christmas and things like that. It will make for a good stocking stuffer.” Nothing says Stranger Things like Dustin’s graphic tees and a string of Christmas lights. Here’s hoping you find something as non-threatening from the Upside Down under the tree this year.