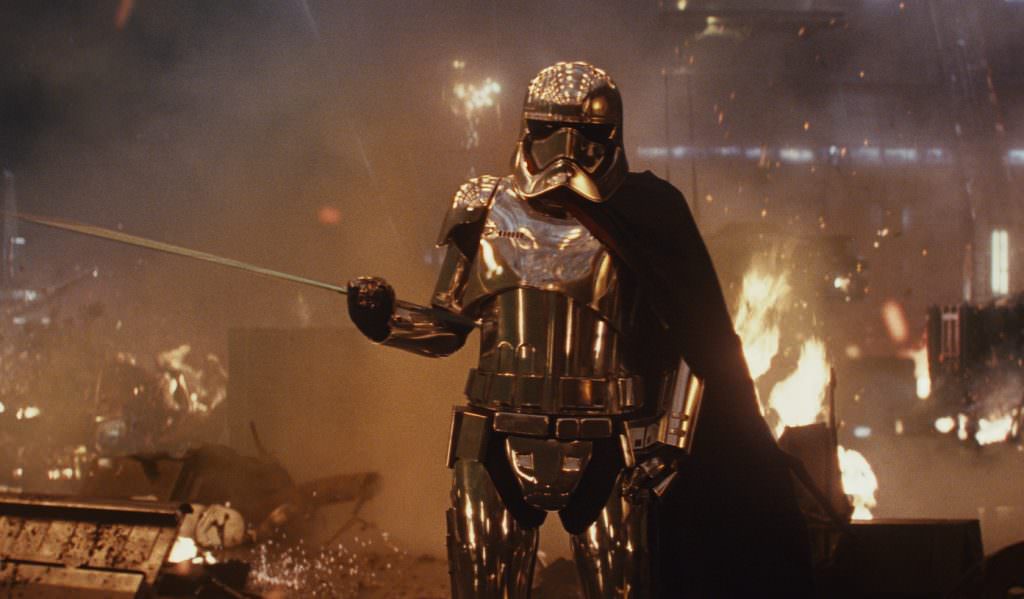 Think about how patiently we all waited for a Star Wars: The Last Jedi trailer, how richly we were rewarded when the first official one dropped, and then how casually most of us missed the new “Destiny” spot. Granted, it’s not technically new, but it does feature a few brand new moments from Rian Johnson’s film, which is more than enough reason to give this a bit more than three minutes of your time. The theme, right there in the title, is how destiny seems to have shaped not only the story arcs for our hero, Rey (Daisy Ridley) and our villain, Kylo Ren (Adam Driver), but also the creation of the film itself.

The “Destiny” spot aired during the World Series, and combines moments from the trailer that speak to Rey and Ren’s destiny, the behind-the-scenes look at the film (with some truly incredible shots of the film’s new creatures, many of which were created using practical effects, with CGI layered on in post production to perfect them) which showcases how much the cast and crew felt they were a part of something special, and a final moment with Carrie Fisher that’ll bring a lump to your throat.

The sense you get from the actors and from Lucasfilm is that something almost magical has happened with The Last Jedi. Much has been made about how smooth the production process went—even J.J. Abrams’ The Force Awakens involved some struggle, and we all know about the creative differences that led to a shake up with the directors of both Solo: A Star Wars Story and Episode IX. Yet it’s not just the fact that Johnson seems to have remained in the good graces of Lucasfilm president Kathleen Kennedy that gives you the sense that The Last Jedi will be deeply satisfying; it’s also the palpable excitement from his actors and the crew. J.J. Abrams ably set the table with The Force Awakens, and if you believe at all in reading the tea leaves on massive productions such at these, you have to feel that the cast means it when they say Johnson has taken the characters and the story into surprising, possibly even shocking new territory.

We are now only a month and a half away from The Last Jedi, which premieres on December 15. Look for a few more TV spots and promo materials to come your way, but likely no other major trailer will be released. Despite all the recent talk about Rey’s parentage, Lucasfilm, Walt Disney Studios, and everyone involved in The Last Jedi production wants you going in knowing as little as possible. Maybe expect Adam Driver.