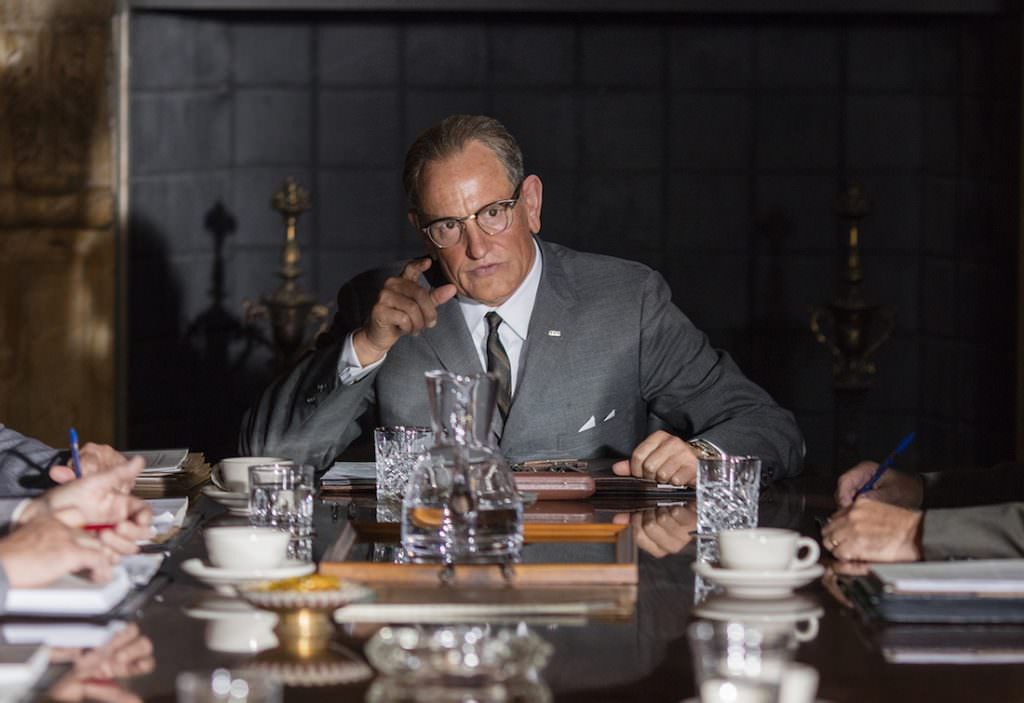 Woody Harrelson hated Lyndon Johnson when he was a kid, but couldn’t resist the dramatic challenge when director Rob Reiner invited him to portray the 36th president in the tumultuous months following John F. Kennedy’s assassination. LBJ required Harrelson to acquire a new accent, new mindset, new teeth, new ears, plus jowls. To aid in his transformation, the actor insisted on one key collaborator: Oscar-winning makeup designer Ve Neill. She recalls, “Woody called me and said ‘I really can’t do ‘LBJ’ without you because you know how I am about solvents and all these things that can be bad for me.”

Neill (Beetlejuice, Mrs. Doubtfire) understood Harrelson’s peccadillos first hand from handling his makeup for The Hunger Games franchise. “Woody’s very much into the organic lifestyle so it’s always very important that we used as few chemicals as possible,” she explains. “On LBJ, we didn’t use solvents to take off his make up; we used coconut oil.”

Beyond eco-friendly solvents, Harrelson banned air conditioning units from his trailer on the Lousiana set because they emit atmosphere-damaging Freon. “The first time we did makeup tests in New Orleans, I told Woody, ‘You’re not going to be able to go into that hot motorhome of yours and expect things to stay on your face.’ He said it’ll be fine. Woody went off and sat in his 100-degree motorhome, came back fifteen minutes later, and goes ‘Okay I get it.’ The sweat was blowing holes through the make up!” Filmmakers arrived at a compromise, furnishing the motorhome with swamp coolers. “It was still toasty but not horrible,” Neil laughs.

Every morning for two hours Harrelson sat in a chair listening to Johnson’s secretly recorded phone conversations while Vet applied age spots, freckles, and translucent washes of subtle coloring. She worked alongside prosthetics expert Arjen Tuite, whose credits include World War Z zombies and Angelina Jolie’s evil queen in Malificent. Tuiten says, “The shape of Woody’s head is a completely different from LBJ. I tried to find a balance where there’s elements of LBJ but we still see Woody’s performance. 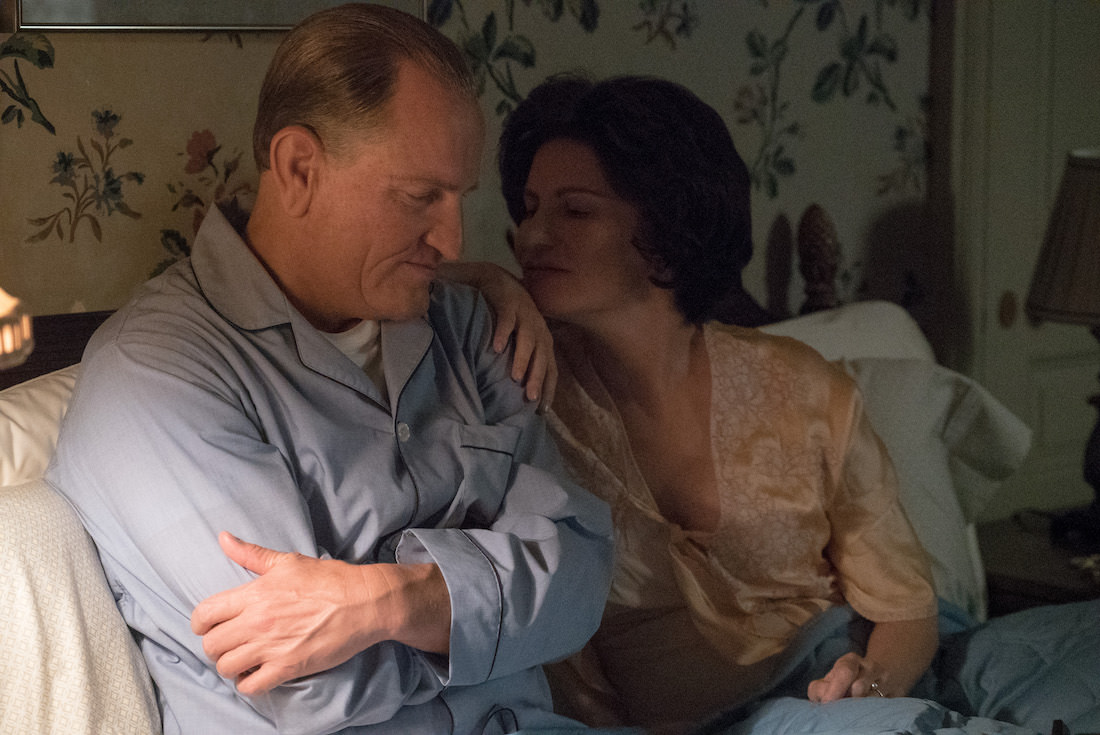 During pre-production, Harrelson went to Tuiten’s studio for a “life cast” session. Tuiten says, “We wrapped Woody’s head in bandages covered with alginate, which gave us a negative impression once it dried. From that negative we made a hard copy of Woody’s head from plaster. We sculpted clay onto that hard face to find the shape of LBJ.”

Working with reference photos of President Johnson, Tuiten crafted a set of prosthetic pieces arrived at through trial and error. “Sculpting on the life cast is really where it happens because you see a 3D object in the light, you start to go ‘Okay, his ear lobes can be a little bigger,’ or ‘Let’s make his chin a little wider.'” Harrelson’s forehead was left intact, but the teeth had to go, Tuiten says. “Most people don’t know what LBJ’s teeth looked like, but Woody has this very distinctive little gap in between his teeth. I wanted to get rid of it. He was not up for that idea.” Tuiten persisted and Harrelson came around when he saw the dentures in their final form.

“It’s kind of astonishing to see Woody in the prosthetics and makeup,” says Tuiten, who notes with some pride that when he began his career in 1998, naysayers predicted his craft would soon be replaced by computer-generated effects. “But now I have a 6,000-square-foot studio and I’m busier then ever,” Tuiten says. “Even though Woody disliked the process of sitting every morning in the chair, he eventually told me the makeup really did help him find his character and his voice. When he looked in the mirror, LBJ really got into his head. You can’t get that kind of feeling from a green screen and a tennis ball.” 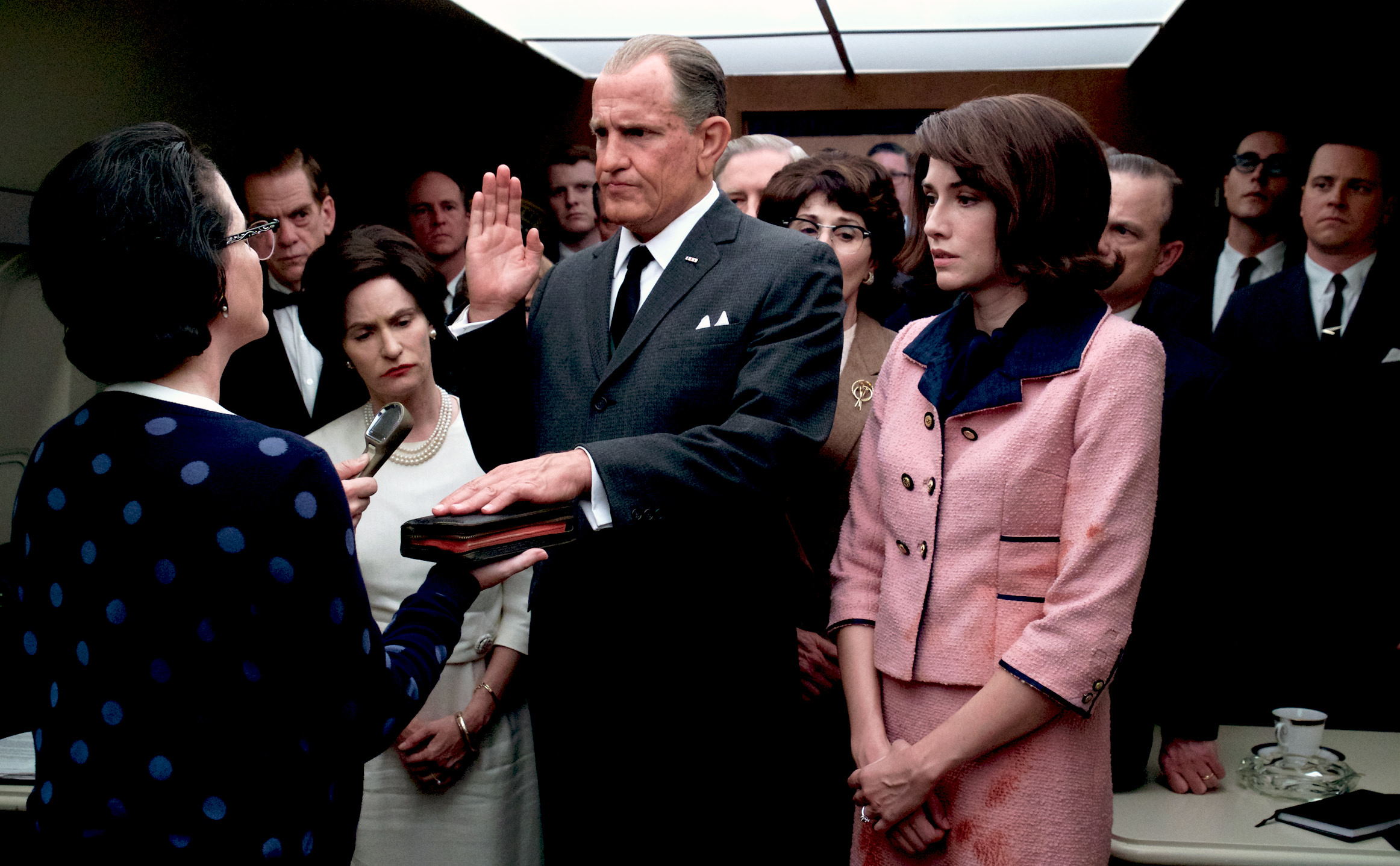