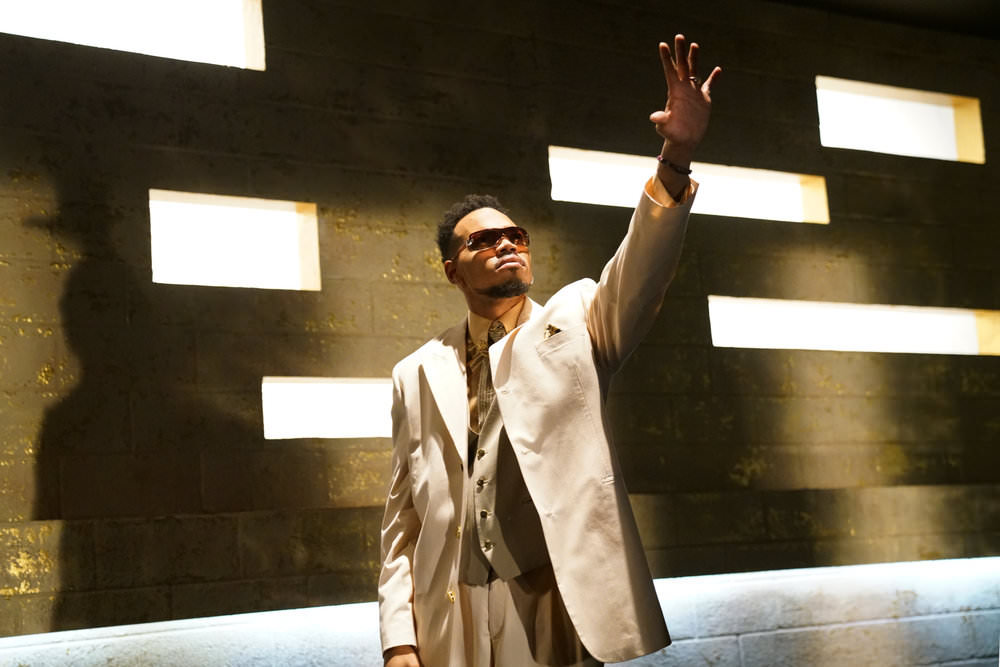 Chance the Rapper earned his stripes as a first time SNL host, and the massively talented performer didn’t disappoint. He nailed an impersonation of Kenan Thompson’s impersonation of Steve Harvey, pulling off the punchline of Harvey connecting on Family Feud with his long lost son. He also led the pack on a sketch where members of black and Latino neighborhoods confronted Batman for being too tough on crime, a hilarious bit and one perfectly timed with the opening of Justice League this weekend. Eminem was the musical guest, performing a medley of hits, and, as we hoped, Chance’s insane musical talents did not go to waste. He sang the opening monologue and performed in the winning sketch of the night, an ode to Boyz II Men begging President Obama to come back. The entire show ranks as one of the best Thanksgiving episodes, which sent us down memory lane for our five favorite sketches to watch before the holiday.

This one wasn’t overtly Thanksgiving themed, but it was definitely the highlight of this season’s holiday episode. The white suits, smooth melody, and Kenan’s signature talk-over were so on point. Chris Redd has some legit pipes, which gave us a jaw drop moment between the laughs. The combined nostalgia of Boyz II Men’s breakup ballad’s and a beloved bygone Presidency make this sketch a must see.

The 2010 sketch with host Ann Hathaway featured recurring Kristen Wiig character, Penelope. The ultimate in humble brag, the shy Penelope is constantly one-upping everyone. The free church dinner just isn’t the place for it and she rubs Hathaway’s character the wrong way. With an appearance by Bill Hader as the church pastor with dad jokes to spare, this is a gem of one of the favorite casts in the show’s history.

Last year, Wiig appeared on the Thanksgiving episode as host and delivered an over the top performance of Sue who could not contain her excitement about a surprise. As the plan unfolds, Sue’s reactions grow and she consumes an entire pillow. It’s a wonder that the supporting cast were able to keep a straight face. Thanksgiving is all about family, and it’s a great homage to the odd antics of our distant relatives.

Politics can be divisive and not everyone is able to curb their opinions on Thanksgiving. The concept is so relatable and there are two universal truths. We all have relatives that we can’t reason with and everybody loves Adele. As the issues divide, there’s only one way to bring us together. Matthew McConaughey is hysterical, but Aidy Bryant’s performance kills.  This is one that’s worth a watch every year.

It was difficult to dethrone Thanksgiving miracle, but Back Home Ballers reigns supreme. Kate McKinnon, Cecily Strong, Sasheer Zamata, Vanessa Bayer, Leslie Jones, Cameron Diaz and Lil’ Baby Aidy take over their parent’s house for the holidays. If you think grown ladies are too old for their parents to wait on them over Thanksgiving, you be trippin’. The mundane things we do at home make us feel like queens, and we aren’t giving up that twice a year privilege for anything.

Featured Image: Chance The Rapper during “Come Back Ballad” — (Photo by: Rosalind O’Connor/NBC)