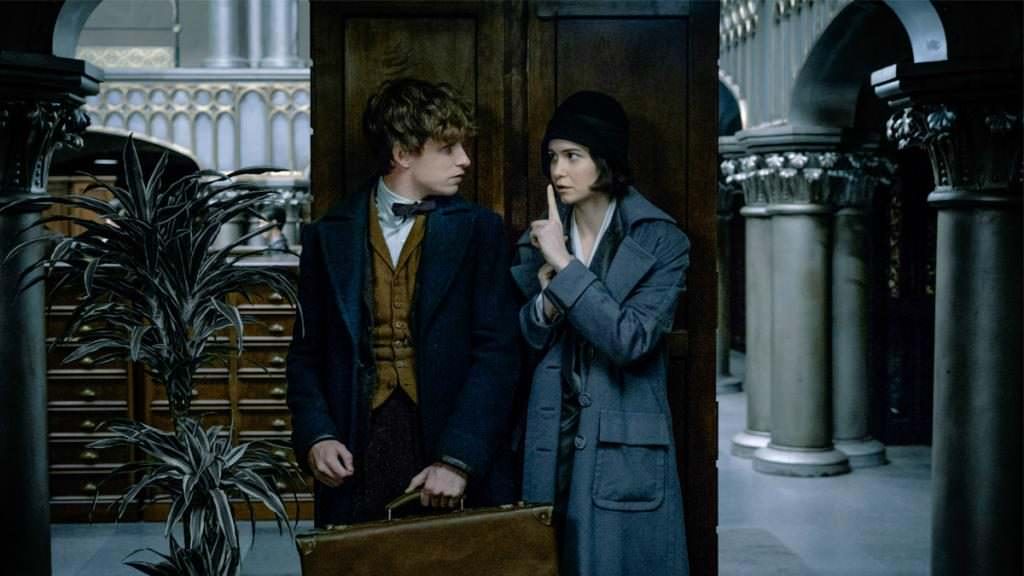 A new set photo from Fantastic Beast and Where to Find Them 2 references Newt Scamander’s most famous work, a guide to magical zoology. The book later becomes standard text for wizardry at Hogwarts, but Scamander’s adventures take place long before Harry Potter ever became The Boy Who Lived.

A newly published author must have a book launch party. Newt Scamander has been busy. #MagicInProgress #FantasticBeasts #WizardingWednesdays

A post shared by Fantastic Beasts Film (@fantasticbeastsmovie) on Nov 1, 2017 at 9:00am PDT

The elegant navy invitation announces Scamander’s book launch at the famous Flourish & Blotts bookstore in Diagon Alley, one of the most magical places in the Wizarding World. The gilded lettering indicates that the release party is scheduled for March 19 of what must be the year 1927. The note is resting on a bookshelf, so it’s unclear if the photo was taken in Flourish & Blotts or is resting in a home of the recipient. The official Instagram does not elaborate on whether or not the launch occurs before, during, or after the plot of the film.

The first movie, released last year, introduced us to Scamander before he was a famous author. It told the story of his involvement in helping to capture Dark wizard, Gellert Gindelwald. It turned out that being a famous author was not the most interesting thing about Scamander’s past. The sequel will find Grindelwald has escaped his incarceration and Scamander must join with his former professor, Albus Dumbledore, to bring the villain to justice.

J.K. Rowling penned the script, and while Scamander didn’t have the same novel length origins that Harry Potter did, the films are living up to their magical predecessors. Colin Farrell portrayed Grindelwald in disguise in the first Fantastic Beasts film, but after being unmasked, Johnny Depp will take over the role. The sequel will also give us the first look at Jude Law as the future Hogwarts headmaster, Dumbledore. Eddie Redmayne and Katherine Waterston return as Newt and Tina.

We are still more than a year away from the November 2018 release date, so we’ll have to keep our eyes peeled for more clues on Wizarding Wednesdays.

Featured Image: Eddie Redmayne and Katherine Waterston in Fantastic Beasts and Where to Find Them. Courtesy: Warner Bros.

TAGSFantastic Beasts and Where to Find Them 2