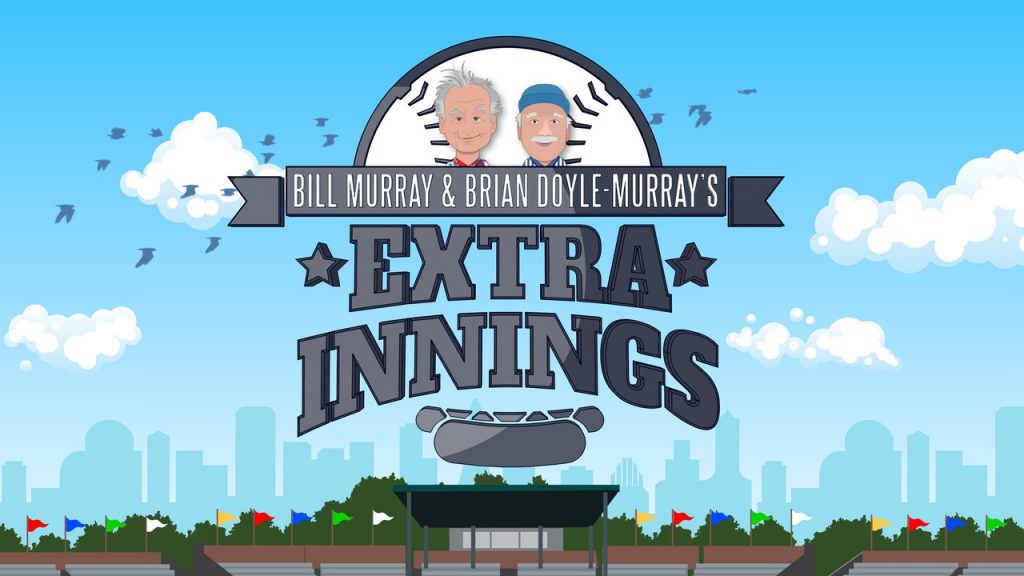 Bill Murray said Extra Innings is simply, “A little something to fill a baseball fan’s off-season hole in the heart.”

The Murray brothers star in the unscripted road trip series where they visit minor league baseball teams across the country. Although the show is baseball themed, it looks like very little is featured of the game actually being played. The trailer shows the brothers wisecracking and delivering their trademark deadpan antics with unsuspecting fans. A boy recognizes the comedy icon on the beach and Bill tries to recruit him for the Ghostbusters. He also tries his hand at coaching, but doesn’t really get his point across from the dugout.

The show is slated to run for 10 episodes with a new adventure premiering each Monday. Episodes will feature the Martha’s Vineyard Sharks, Charleston RiverDogs, St. Paul Saints, and Kansas City T-Bones. While the brothers tend to keep things light, there will also be touching visits to the Kansas City MLB Urban Youth Academy and the Negro Leagues Baseball Museum.There are no length guidelines on Facebook videos, but they tend to be shorter installments in the 10-30 minute range. The series will join other popular series’ on Facebook Watch like Oh My Disney, Comedy Central’s Morning Routine, and Buzzfeed’s The Try Guys.

An extra special bonus, the Murray brothers wrote the series theme song performed by Bill. The song is called “The Thing About Baseball”, which could be the setup to endless punchlines by the pair. Bill is an avid Cubs fan and showed off his singing chops when he made an appearance on SNL to celebrate the team’s 2016 World Series victory.

Facebook has hosted videos for years, but just launched the Watch platform in August. It will be interesting to see how the series helps shape the company’s content.