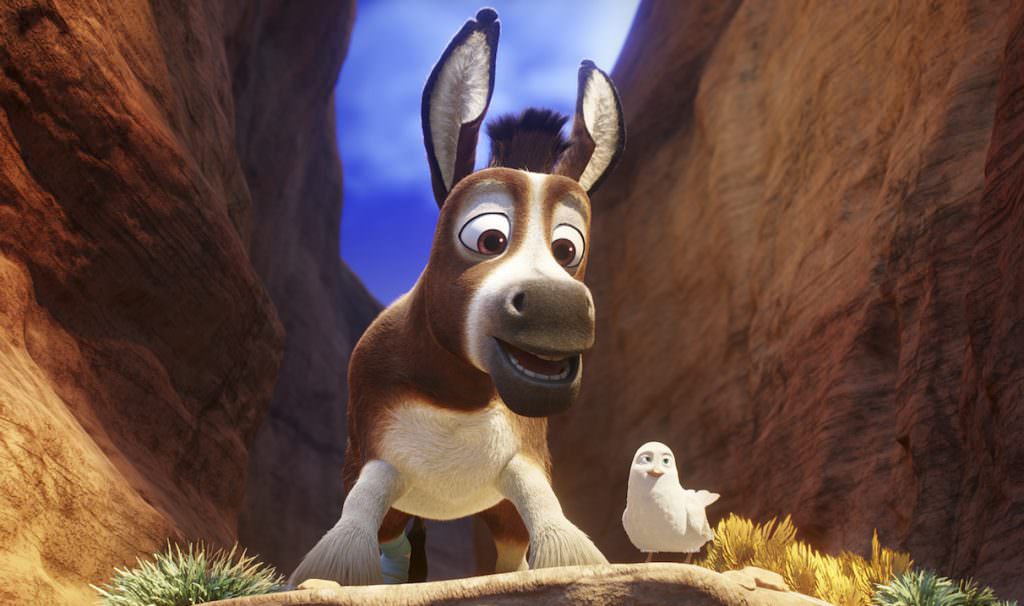 When it comes to the story of the very first Christmas, the one perspective we’ve never gotten is that of the animals. Luckily, Sony Pictures Animation’s The Star is here to change all that. The film tells the iconic story of the Nativity of Jesus, only told through the eyes of a small donkey named Bo (voiced by The Walking Dead‘s Steven Yeun), who is desperate for a more adventurous life (he spends his days toiling at the village mill.) Eventually Bo breaks free and goes on an adventure, where he meets the lost sheep Ruth (SNL‘s Aidy Bryant) and Dave (Keegan-Michael Key), a dove who dreams big. As the trio continue their quest, they befriend some wisecracking camels (voiced by, wait for it—Tracy Morgan, Oprah Winfrey and Tyler Perry) and a bunch of stable animals. The whole group of wayward animals find themselves becoming the unlikely heroes in the story of the first Christmas, a story that has been passed down for millennia but never through the eyes of a bunch of animals with a lot of personality (and famous voices to match).

Clearly, director Timothy Reckart has a crazy amount of voice talent on this film (we haven’t even mentioned Kristin Chenoweth as a mouse, Gina Rodriguez as Mary, Mariah Carey as a hen and Ving Rhames as a dog!), but you’d be hard pressed to find a more agile performer than Key, who was one half of the brilliant duo Key & Peele, Comedy Central’s now legendary sketch show, alongside Get Out writer/director Jordan Peele. In this newly released vignette, Key shows off his chops by embuing the cocksure Dave the dove with his trademark humor and vocal flexibility, lending his abilities to a cast that has enough star power to retell any story they want.