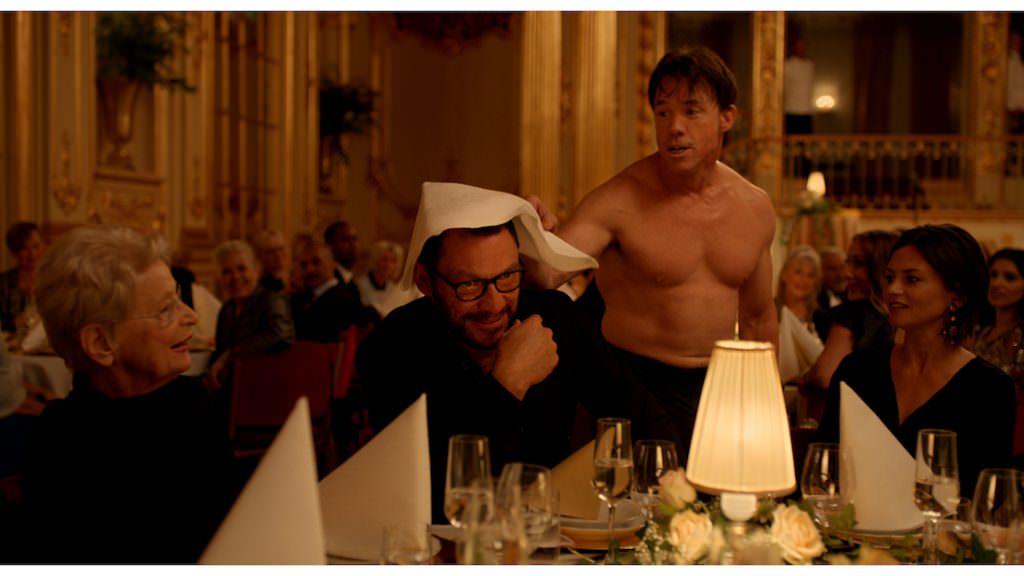 Despite the lofty intentions, Christian throws humanistic principles out the window once he gets robbed by pick pockets. Hit and run accidents, false accusations and one-night stands ensue. Östlund says, “I wanted to address questions of trust and social contracts on a societal level, so setting the story at an art museum gave me countless possibilities to discuss that. At the same time I wanted to look at these issues on a individual level through Christian’s personal behavior. The conflict between personal and public behavior generated all these scenes that allowed me to explore the issues on both levels.”

The Square brims with moments of low-key absurdity. An arts reporter (Elisabeth Moss) shares her apartment with a chimpanzee who casually reads a newspaper crouched on the sofa. A museum janitor sweeps up mounds of dirt, thereby ruining a precious art installation sculpted by an earthworks artist. And when a conceptual artist (Dominic West) tries to give a lecture, he keeps getting interrupted by an obscenity-spewing arts patron suffering from Tourette’s Syndrome.

But nothing matches the performance art-gone-wild set piece in which a grunting, bare-chested man terrorizes a banquet hall filled with formally dressed ladies and gentlemen. What’s that all about? “We were aiming to get The Square into competition in Cannes,” Östlund explains. “When you screen a movie at Cannes, you have this tuxedo-clad audience watching. I loved the idea they should sit there at Cannes watching another audience-clad audience on screen trying to fight off this ape man.”

To dramatize the thin veneer of civility that separates man from beast, Östlund says, “I got interested in actors who could imitate monkeys.” Enter Dawn of the Planet of the Apes movement coach Terry Notary. Formerly a member of Cirque du Soleil, Notary had uploaded a clip of himself onto YouTube.

When Östlund came across the video, he pounced. “On YouTube, Terry wore these arm extensions and showed how he prepared for ‘Planet of the Apes,'” Östlund says. “He was so gifted. He’d say ‘This is a chimpanzee’ and he’d walk exactly like a chimpanzee. Then he’d say ‘This is a gorilla’ and very skillfully imitate the body movement of a gorilla. I called up Terry and offered him the part on the spot.”

Filming the banquet sequence over the course of three days, Östlund and Notary blocked out the dialogue-free disruption that culminates when “Oleg” drags a woman across the floor by her hair. “First, we decided Terry would walk into the room and act a little nervous,” Östlund explains. “Then he gets playful. Then he chase out the alpha male, and then it’s time for reproduction. The basic idea was that as human beings, we should not forget that we’re animals with instincts and needs. In order to understand ourselves, we have to remind ourselves of this fact.” 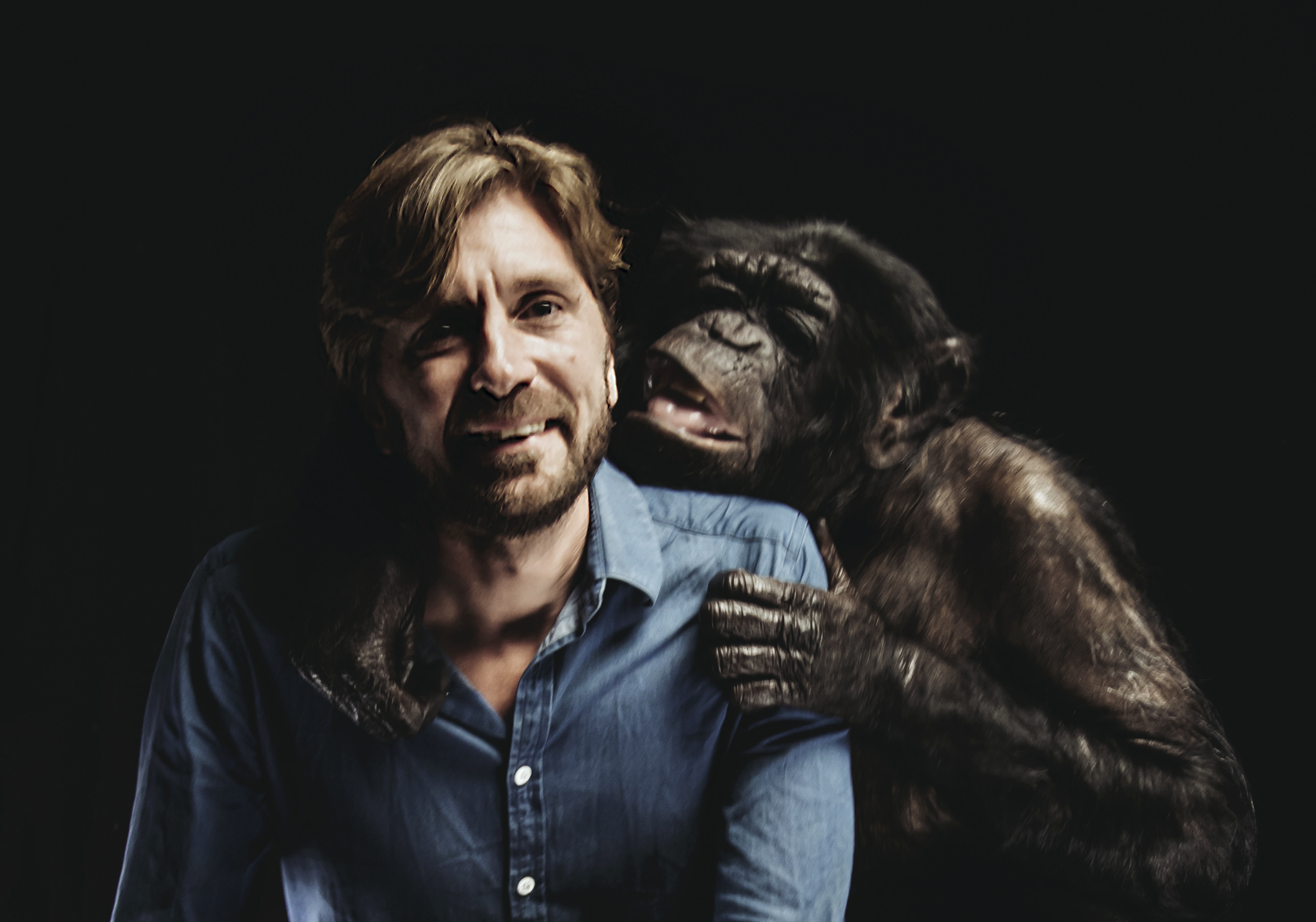 Director Ruben Östlund and one of his stars. Courtesy Magnolia Pictures.

The Square installation never actually gets put to use in the The Square film, but Östlund created an parallel project which has generated plenty of traffic in real life. First exhibited in late 2014 at Sweden’s Vandalorum Museum, the Square has become a permanent fixture in the city’s central plaza. Östlund says “It’s actually turned into a little bit of a movement. For example, a group of functionally handicapped people who lost their benefits from the state went to the Square for a demonstration. And after the terrorist attack in Stockholm, people gathered there, lighting candles to demonstrate against violence.”

From the outset, Östlund hoped to champion the same humanistic values that wind up being trampled upon in his fictional universe. “Something beautiful happened when people started using the Square as a reminder of our responsibilities to each other as fellow human beings,” he says. “I didn’t want this film to be like one of these art pieces that’s completely disconnected from the world outside the walls of the museum.”