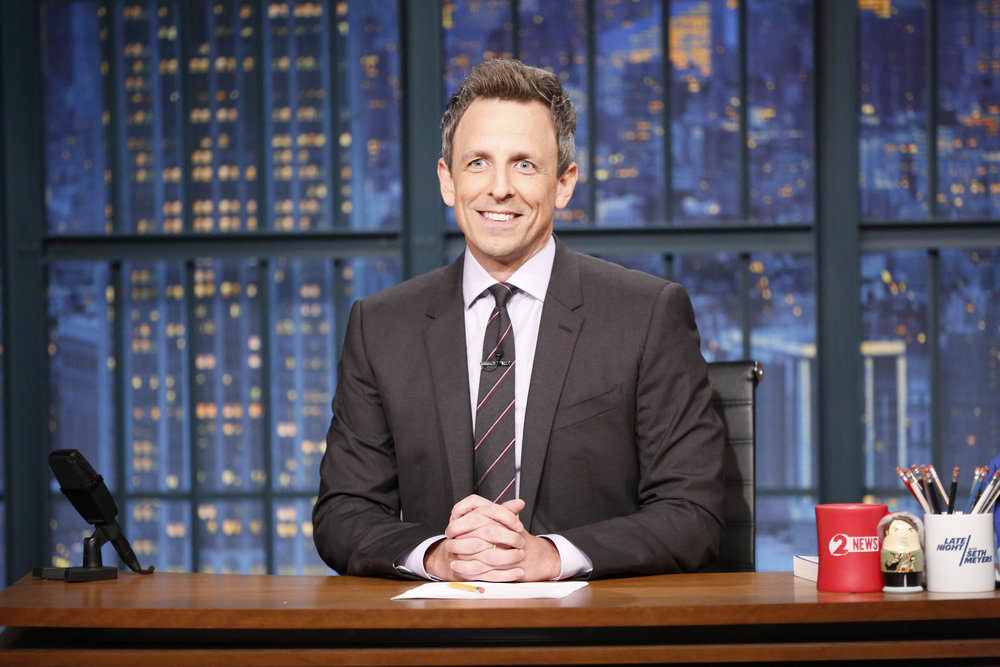 Ever since 2013, when people think Golden Globes, they often think of Tina Fey and Amy Poehler. The powerhouse comediennes dominated as hosts for three years running, but hung up their hosting hats after the 2015 awards. The search has been on to find a brave, and funny, performer to fill the spot for the 2018 awards, and we finally have a winner. SNL alum and late night talk host Seth Meyers will headline the upcoming Golden Globe Awards.

Hosting an award show is a big job. They often run more than three hours and there’s a lot of material they have to fill. The logistics are also daunting with multiple categories and presenters. Meyers is a good fit for the format as he’s seasoned at working on the fly. He rose through the ranks as a writer on SNL over 13 seasons, and became the anchor of staple sketch, Weekend Update.

Meyers took over NBC’s Late Night in 2014 when fellow SNL alum, Jimmy Fallon, graduated to The Tonight Show. Meyers is decidedly more political than Fallon who generally avoids controversy. Meyers often makes current affairs the topic of his segments like A Closer Look. Similar to SNL’s Really!?! sketch on Weekend Update, Meyers uses the platform to make light of shocking headlines in the news cycle.

Awards shows often look to the talk show lineup to recruit hosts. The job skills required are often uniquely, but not exclusively, honed by the headliners who have their own nightly show. The Golden Globes is a widely viewed event and is often highly scrutinized as it can be an indicator of Oscars, Emmys, and other awards later in the season. This year will also be a big anniversary year marking the 75th Golden Globes.