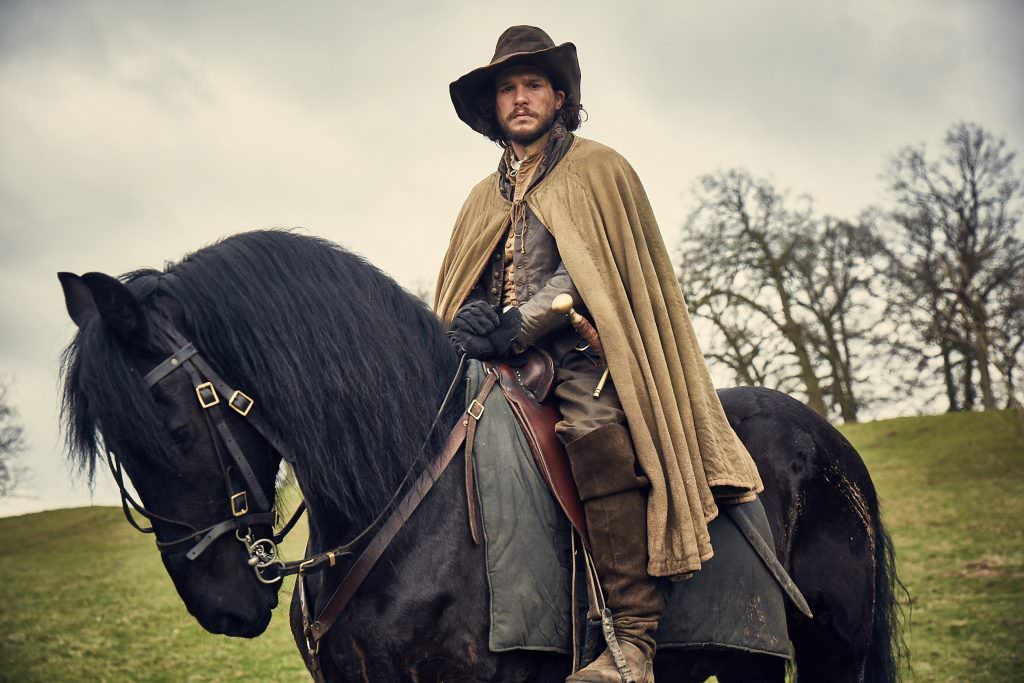 We may not know yet what Jon Snow’s fate will be in Game of Thrones, but Kit Harington’s character is sure to meet a gruesome end in the new Gunpowder miniseries. HBO has released the first trailer for Gunpowder featuring Harington as Robert Catesby and it looks like a brutal time in history.

The trailer opens with an execution and the commoners are distinctly dirtied and desperate in comparison to the well-groomed royals. While Guy Fawkes is often associated with the 1605 attempt to assassinate King James I, Catesby was actually the leader of the rebellion. The discontent was driven by tensions between Catholics and Protestants, as much of the conflict was in England during the 17th century. King James was the monarch that the popular Bible version was named for.

The failure of the plot is often celebrated in annual festivals, but the tone of the series might make the villains and heroes a little more ambiguous. Harington’s rallying speeches and cries of oppression make him look more sympathetic. It will be interesting to see if HBO frames Catesby as madman or martyr.

Black Mirror actor Tom Cullen sports the recognizable facial hair of Guy Fawkes. Liv Tyler appears as Anne Vaux, a Catholic woman who learned of the plot before it was attempted. We hope that Tyler and Harington bonded over being the stars of medieval fantasies. Tyler starred in the Lord of the Rings trilogy. Peter Mullan, Mark Gatiss, and Derek Riddell round out the cast.

UK fans have already seen Gunpowder when it aired on the BBC. The first episode of the three part series will premiere for American audiences December 18.