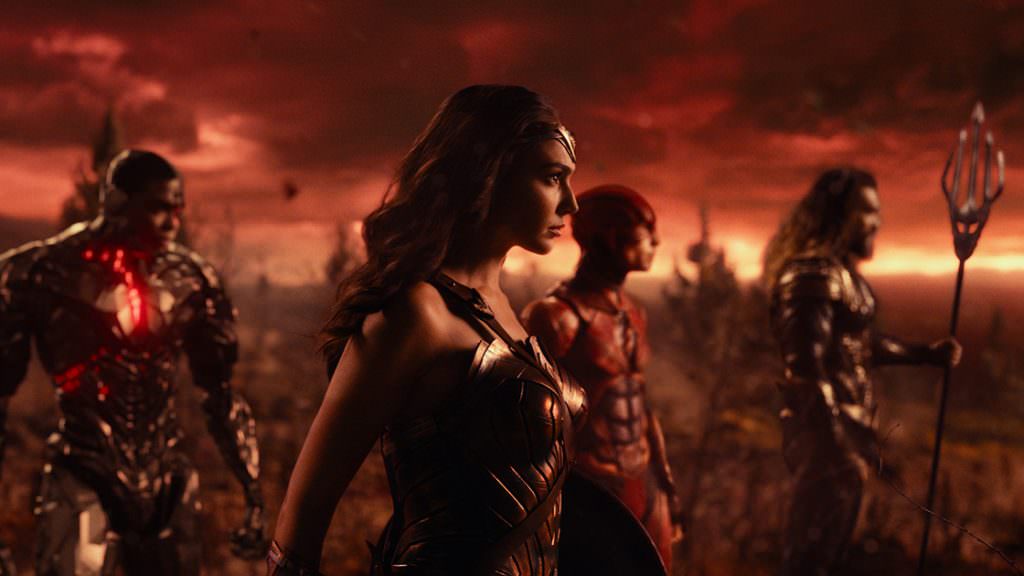 Although Halloween has passed, a spooky spirit is still in the air for Warner Brothers who collaborated with art agency, Poster Posse, to create a Day of the Dead themed Justice League poster. The promotional poster showcases all five League members of the D.C comic universe: Batman, Wonder Woman, Aquaman, the Flash and Cyborg. Poster Posse revealed on Twitter yesterday the posters stunning and intricate design with the caption, “We’re honored to share our official collaboration with Warner Bros. Cine for Justice League with new art by Poster Posse Pro.”

Poster Posse is an art agency comprised of artists from around the globe whose mission is to create visually captivating art that gets people talking. The uniquely designed poster inspired by the Mexican holiday certainly does just that. The poster artist, Orlando Arocena, draws on the holiday’s signature skeleton masks by having each Justice League member get a full blown makeover, featuring face painted details of skulls and tattoos. In addition to these ghostly details, the artist subtly incorporates each superheroes emblem into their face mask design. All the Justice League members are illustrated beautifully in this promotional poster, however, Aquaman’s face painting is an absolute stand out. His facial illustrations feature his signature trident and bright blue swirls that emulate crashing waves which makes his face mask incredibly striking. Up-close you can even see sea monsters rising from the waves.

The way Arocena perfectly captures each superhero persona through the tattooed details makes this promotional artwork for the blockbuster motion picture unique and visually captivating. There is no purchasing information yet, but we hope that the artist makes the prints available soon.

We’re honored to share our official collab with @WarnerBrosCine for @justiceleaguewb with new art by Poster Posse Pro @OrlandoArocena pic.twitter.com/rezzlRNxPI

The images mark a mere two weeks before the Justice League assembles in theaters November 17.