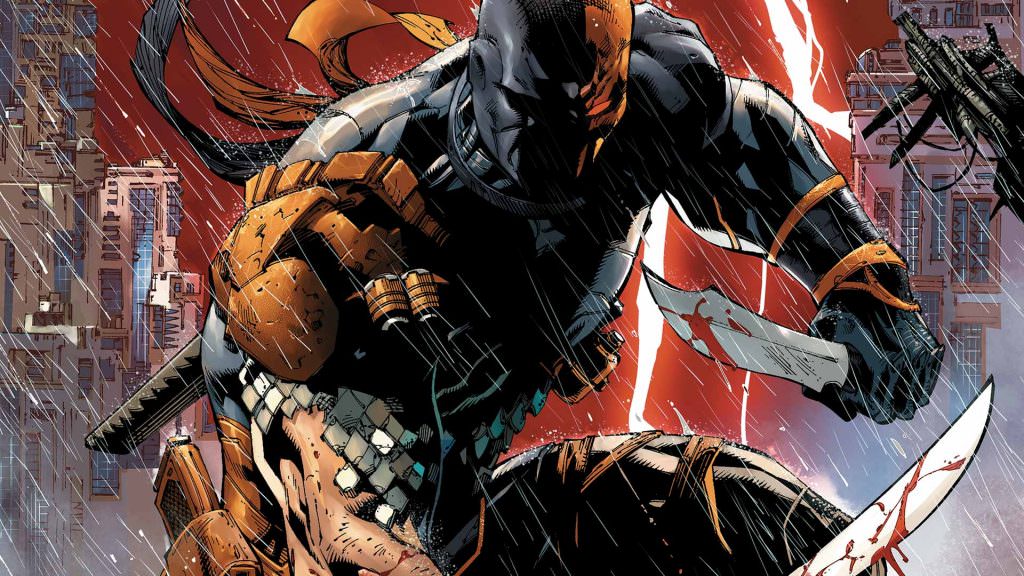 Joe Manganiello gave us all something to be thankful for this holiday weekend, the first image of him as Deathstroke. The True Blood actor tweeted out the photo with no caption, but the ammo does all of the talking. Fans were expecting the assassin to make an onscreen appearance soon, but we weren’t sure how close we were until he popped up in the Justice League post-credits scene.

In the brief clip, Lex Luthor (Jesse Eisenberg) returns and propositions Deathstroke, alter ego Slade Wilson, with starting their own group of supervillains to fight the Justice League. We don’t actually hear Deathstroke’s answer, but the big reveal was finding Manganiello underneath the mask.

The image tweeted by Manganiello shows off some serious armor. The mostly black suit has a good amount of heft and the metallic plates are painted the Deathstroke’s trademark orange. Manganiello will be sporting a full-face helmet and gloves; when he’s in action, the actor will be covered from head to toe. He’s also well armed with a sword, some grenades, and undoubtedly other goodies that aren’t clear in the image. Deathstroke’s most powerful weapon, however, is his mind. In the experiment that gave him his super strength, Deathstroke also gained the ability to use 90% of his brain, outwitting opponents at every turn.

Deathstroke co-creator Marv Wolfman gave the costume design his blessing in a Facebook post that read: “Over a week has passed so I think I can safely post this. If you haven’t yet seen Justice League, make sure you do. And stay to the very, very end. Photo courtesy of Joe Manganiello who looks like he stepped right out of the pages of New Teen Titans. Does he look perfect or what? Cannot wait to see where he appears next.”

The original plan was for Deathstroke to face off against Batman, but it’s looking more likely that he’ll show up in his own film next. Raid director Gareth Evans was granted a solo Deathstroke movie that we hope is in the works.