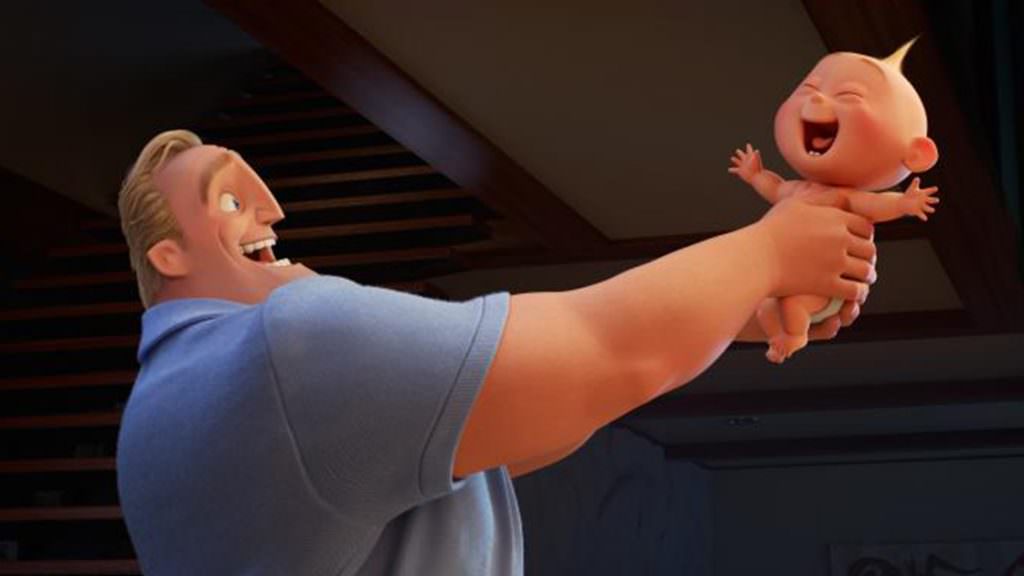 Jack-Jack Reveals His Powers in The Incredibles 2 Teaser

Throughout The Incredibles, the youngest member of the family was believed to be normal, which was not normal among the superhero group. The finale revealed, however, that Jack Jack may be the most powerful of all. It was surely a setup for a sequel, but we waited in a long, dark void with not a murmur from the superheroes. Our wait is finally over. Jack-Jack is back!

As a powerless Jack-Jack is kidnapped by supervillain Syndrome in the original film, he finally turns into a fiery, molten goblin and saves the day. When he falls from the sky and is caught by his mom, Helen (Holly Hunter), he’s returned to baby form and the family is none the wiser. The sequel reveals that Jack-Jack is finally going to get a chance to test out his super abilities. Bob Parr (Craig T. Nelson), aka Mr. Incredible, could not be more excited, despite the danger of his uncontrolled abilities. With laser eyes, electricity, and a penchant for bursting into flame, the Parr’s are going to have to keep an eye on his deadly powers.

It looks like Jack-Jack will be a great addition to the family whose powers include super strength, elastic like stretching, invisibility, creating force fields, and supersonic speed. We hope that Edna Moe will be back to outfit the infant in one of her famous super suit designs. Will it be burn resistant? Super comfy? Absolutely adorable? All we can be certain of is it will definitely not have a cape.

We really know nothing about the plot of The Incredibles 2 beyond Jack-Jack being the focus of the film. The teaser is a welcome sign to fans, however, who have waited 13 years for the Incredibles’ return. That’s the longest wait for a Pixar film to a sequel, even topping the 12 years between Monster’s Inc. and Monster’s University. The family dynamic, emotional story of reality challenging dreams, and a fresh score by Michael Giacchino made the original a hit. There’s likely to be a built in fan base for the next chapter in the life of the Parr’s.

The Incredibles 2 opens in theaters June 15.