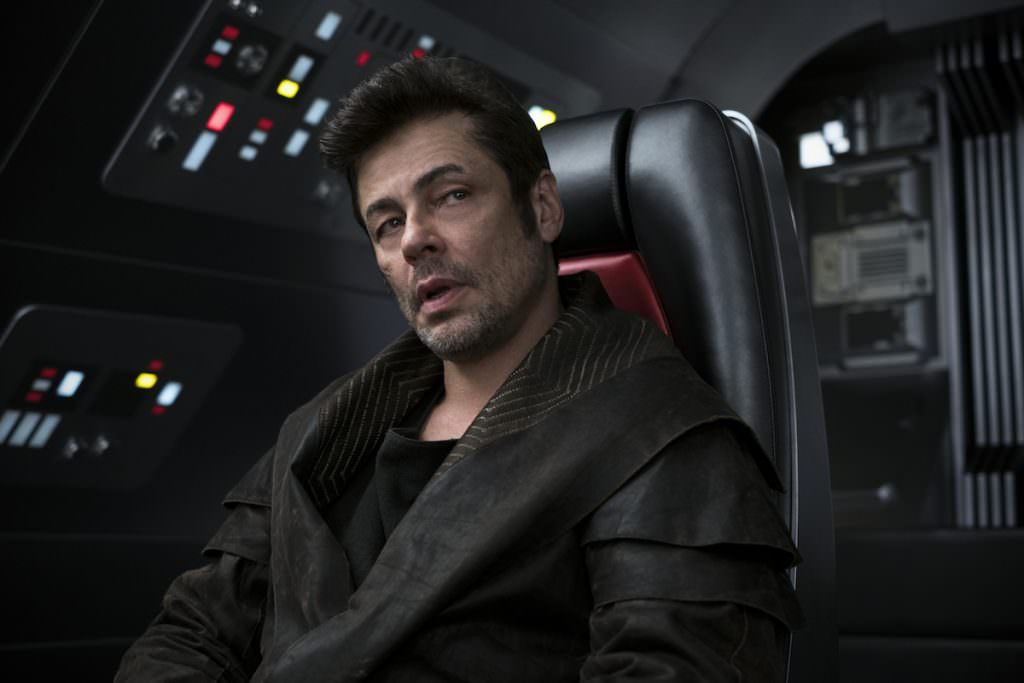 Benicio del Toro’s mysterious Star Wars: The Last Jedi character DJ (this might not even be his actual name in the film) has been of major interest to fans, thanks in no small part to del Toro’s long, incredible career. He’s the rare character actor who could easily be a leading man, but has staked his career on his chameleon-like ability to play good guys, bad guys, and every shade in between. He’s a scene stealer, whether playing a rogue assassin in Sicario, a freakish, galactic hoarder (of sorts) in Guardians of the Galaxy, or the mumbling grifter in The Usual Suspects.

What we know about del Toro’s DJ, from interviews like this one with Entertainment Weekly, is that he’s neither good or bad in The Last Jedi, and his role intersects with Finn (John Boyega) and Rose (Kelly Marie Tran) as they head to the casino mecca known as Canto Bight. DJ is a hacker, or, to use the parlance of The Last Jedi, a “splicer.” We saw him, briefly, donning a First Order uniform, in this behind-the-scenes video, standing alongside Finn and Rose. Here, by the way, is a new image of these two new allies: 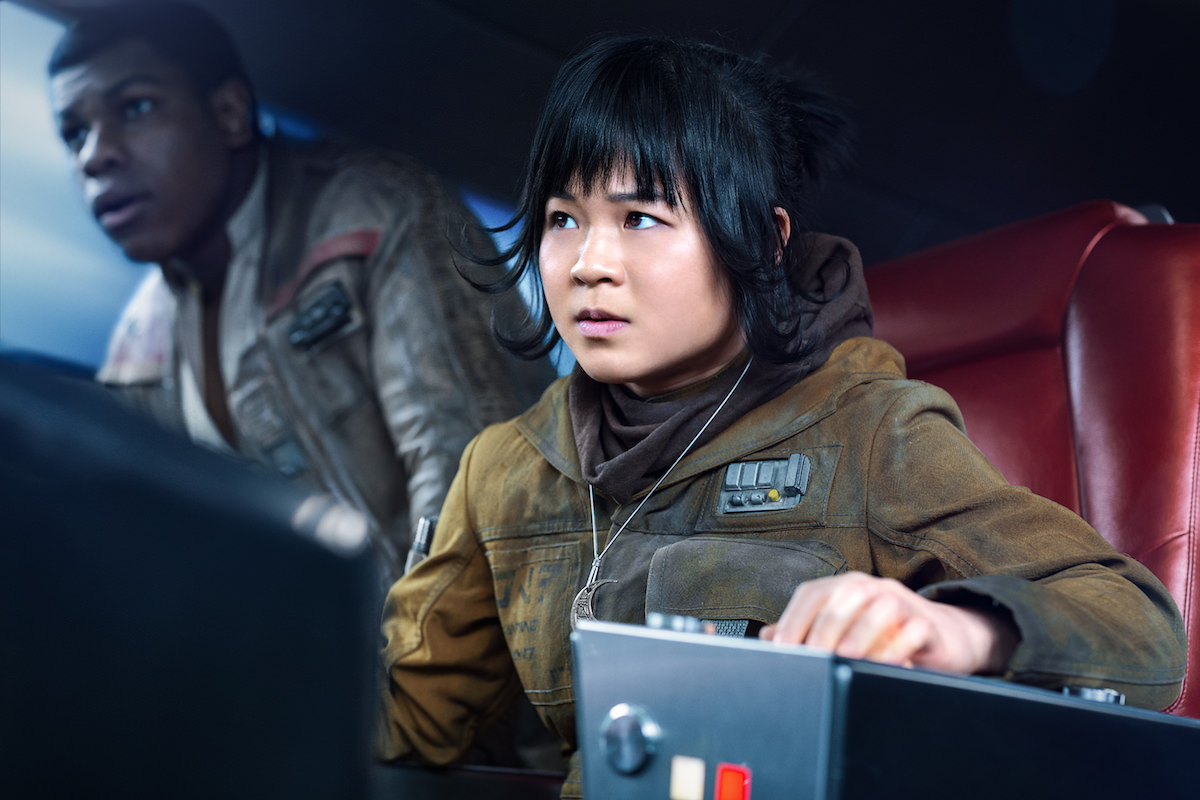 Considering we’ve now seen DJ, Finn and Rose together, it likely means that DJ, like Han Solo before him, might be a begrudging member of the Resistance. Like Han, DJ has certain skills that the Resistance needs, and also like Han, it won’t be cheap to acquire them. Yet the fact that we see him alongside Finn and Rose means they met his number and he’s using his skills as a splicer to help them in their undercover mission. Will he turn into a legitimate hero, as Han did, or go down a more complicated path? We’ll know in less than a month.