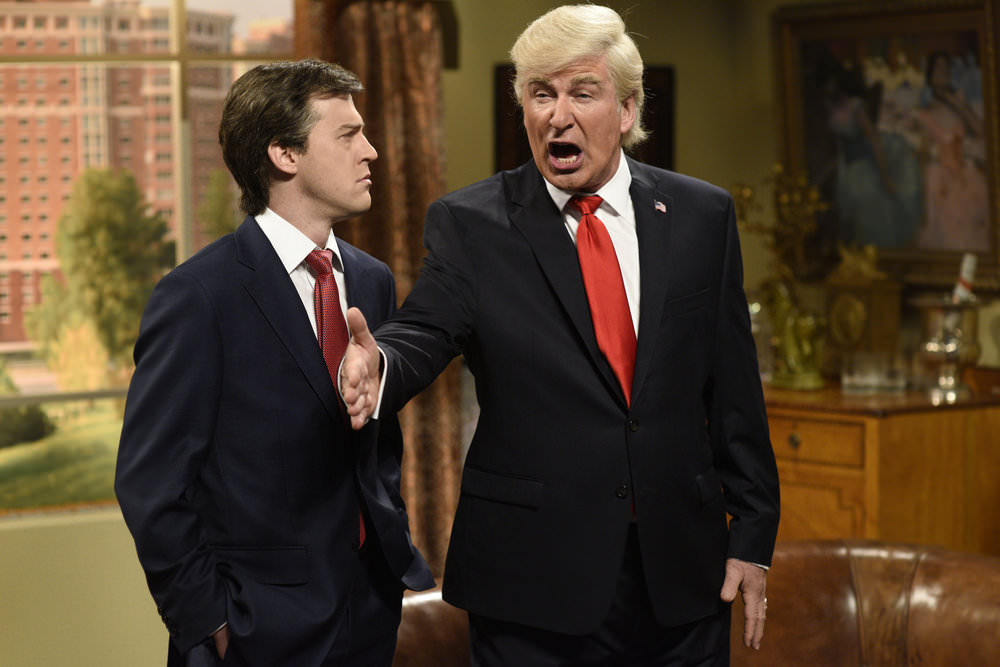 Here’s the SNL Lineup for the Rest of the Year

Saturday Night Live is ringing in the holiday season with a bang. With holiday blockbusters upon us and awards season around the corner, the biggest names in Hollywood are embarking on an all-out media blitz. Hosting the show or appearing as a musical guest is always a boost for the performers, and SNL seemingly had their pick of talent for the month of December. The official lineup was posted yesterday to the show’s official Facebook page.

This Saturday December 2, Saoirse Ronan will make her hosting debut. The Irish actress will be promoting her starring role in coming of age film Lady Bird. The film is, wait for it, the most positively reviewed movie in Rotten Tomatoes history, due to some of the most emotionally honest performances of the year and universally relatable characters. Ronan typically appears in dramatic films (she’s hilarious in Lady Bird, however), so it will be nice to see her dip into her lighter side again. Legendary rock band U2, who released their album “Songs of Experience” this year, will be the show’s musical guest.

James Franco returns to SNL for his third stint as host. Franco’s film The Disaster Artist opens this weekend, and already has a 97% Rotten Tomatoes score. Franco delves into the mysterious life of The Room filmmaker Tommy Wiseau for the movie, a film so bad it became legend. R&B star SZA will make her SNL debut following her big day of Grammy nominations. The singer is the most nominated woman for the 2018 Grammys.

Rounding out the year will be dependable comedy powerhouse Kevin Hart on December 16. Hart’s film Jumanji: Return to the Jungle drops December 20 and looks hysterical. Hart is as sure as a bet as you can get to close out 2017. The Foo Fighters, who need no introduction, will join Hart to promote their new album Concrete and Gold.

This has already been a solid season for SNL with new hosts like Tiffany Haddish and Chance the Rapper making a big impression. After nailing it with taking a risk on new talent, SNL has earned the chance to coast into the new year on big name talent.