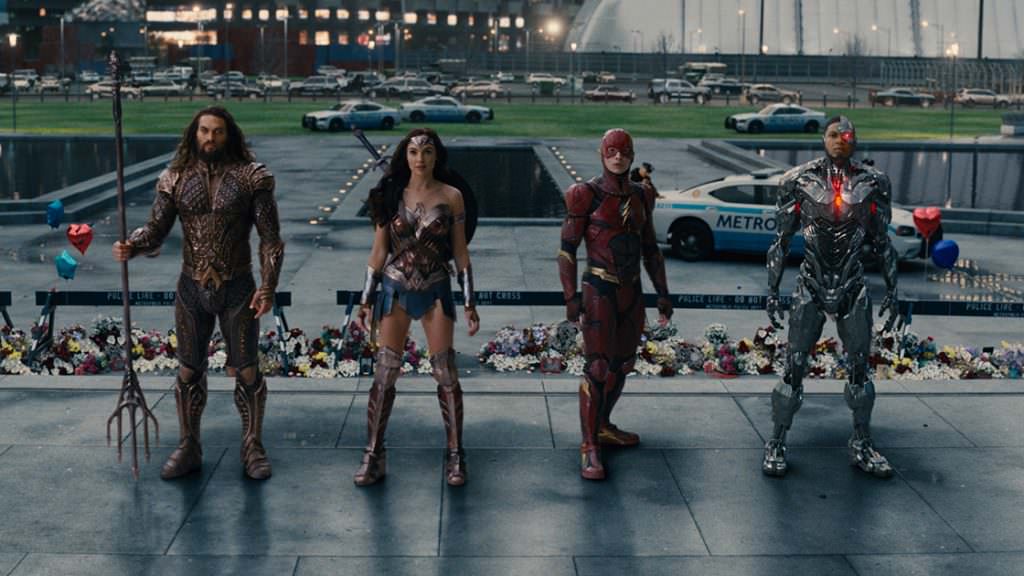 Head to Warner Bros.’ WaterTower Music YouTube page, and you’ll get to listen to all the songs from the upcoming Justice League soundtrack. Two weeks ago, the Hero’s Theme was published, but now the entire score is available for your listening pleasure. Every song is just as eccentric, epic, and dark as you would expect from composer Danny Elfman.

Elfman’s score for Tim Burton’s 1989 Batman won a Grammy, so the composer’s relationship to the DC comics world is both long and storied. The music for Justice League is punctuated by dissonant strings that give it an otherworldly tone, which is appropriate considering the monsters the Leaguea must face. The booming brass punctuates the pieces, really grounding the soaring winds. This is pretty much everything you’d want out of a major blockbuster action film.

The filmmakers have been keeping mum on Superman’s resurrection. We fully expect it, but a 60 second interlude titled The World Needs Superman is one of the few references that have been made to Clark Kent in the Justice League film. It’s hopeful and sounds like an audio sunrise, so we expect his return to be very poignant.

There are two songs that mention Diana by name, but only one that calls out Wonder Woman. The song is Wonder Woman Rescue and, an intense, anxiety ridden number. We’re not sure if Wonder Woman is rescuing someone, or, if the Amazonian princess will be in need of rescuing herself. That can’t be. Wonder Woman doesn’t need rescuing, does she? It’s a really fun bit of action music with the Wonder Woman theme woven in.

We wrote earlier this week about the film’s villain, Steppenwolf, and why he’s powerful enough to fight the entire League. His theme is appropriately overwhelming and foreboding, accented by an eerie choir. It sounds like Steppenwolf and his legion are going to be making an entrance in a big way.

There’s also a melancholy tune sung by Sigrid that’s really pretty depressing called Everybody Knows. It’s beautiful and sad and will haunt your dreams. The lyrics tell a story of defeat as she sings, “Everybody knows the war is over. Everybody knows the good guys lost.” The DCEU has already explored the struggles superheroes face in using their power for good. Hopefully when combined, the Justice League can keep each other in check.

They don’t really appear to have been uploaded in order as The Final Battle is track number 8. Assuming that the movie doesn’t climax that early, you probably won’t be able to figure out too many pieces of the plot puzzle just by listening. We’ll have to wait until next week to see the music come alive on screen.