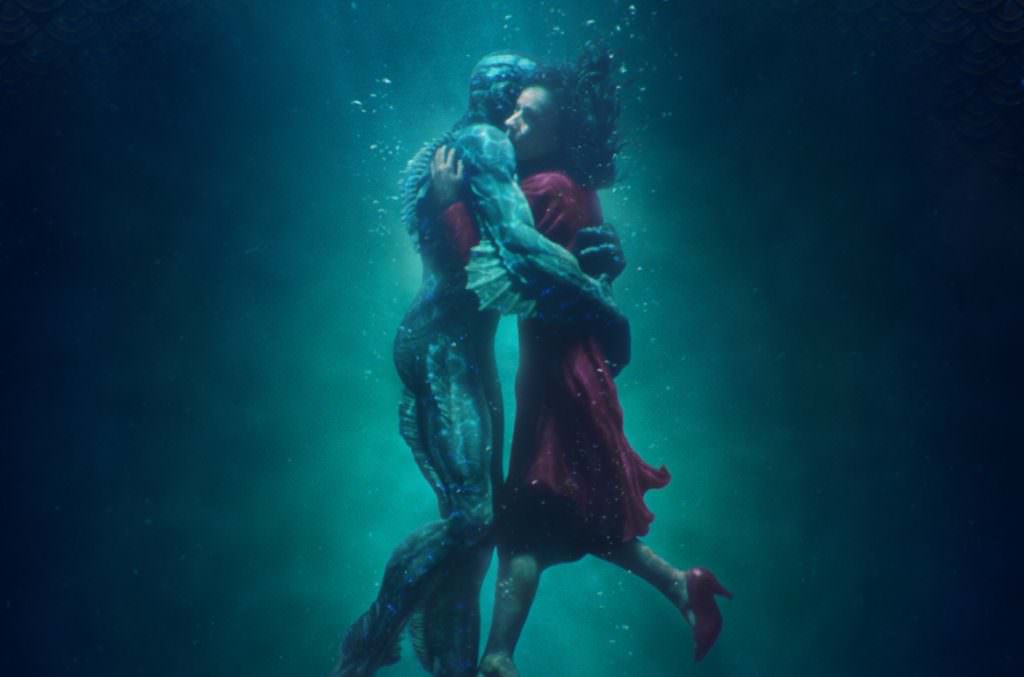 There are few filmmakers working today who have delivered more revelatory creatures than Guillermo del Toro. The auteur behind Mimic, The Devil’s Backbone, Blade II, Pan’s Labyrinth, Hellboy, and Pacific Rim has proven time and time again he’s the king of complicated monsters. In his upcoming film, The Shape of Water, del Toro has taken a career’s worth of know-how and poured it into a creature, and a film, that have drawn rave reviews on the festival circuit and have put the filmmaker and the film squarely in awards season chatter.

While the Fox Searchlight film doesn’t premiere until December 8, del Toro has taken to his Twitter page to share some of the behind-the-scenes work that went into creating his amphibious creature (played by Doug Jones, who also took on the role of the amphibious Abe Sapien in del Toro’s Hellboy films). As our writer Susannah Edelbaum noted, fans were quick to draw parallels between The Shape of Water and Hellboy, believing the former might be directly connected to the latter, considering the aquatic marvel played by Jones in each film. “Del Toro debunked the fan theory that The Shape of Water is some kind of prequel to Hellboy, even though he may have inadvertently encouraged the notion by casting actor Doug Jones for both roles. Jones aside, fans might be forgiven seeing a connection where del Toro insists there is none, as the elegant Asset [in The Shape of Water], like Abe, represents the best of del Toro’s idiosyncratic creatures. (And they’re both blue.)”

Now, at least, we get to see a bit of the creative process that lead to del Toro’s latest creation, which focus on doodles, the technical processes involved in creating the creature, which included layering, sculpting, and exacting detail that brought del Toro’s latest miracle to life.

Two more doodle/notes for @shapeofwater obviously the budget prevented me from having the scale of the first one but we used the “sun ray” pipes on the film. pic.twitter.com/DGL1q9Cyai

3 Tweets on creature detailing: I have said this before, but… Painting is underpainting and overpainting. Transparencies of color, no solids, mottling, and stenciling and detailing and NOT following form but “crossing” over it… pic.twitter.com/ccyDeQCVGL

In the same manner, the best is to layer the sculpting, so you start with the basic shape and volume (lines that flow, echo each other, give a sense of weight, etc) and remove what doesn’t work (we removed the shoulder fins, too busy) pic.twitter.com/uEGLG098Ls

Then you add detailing, pores, veins, bumps, scars- all very subtle and seldom NOT to be highlighted by paint. You are “painting” with volume (your light will show these details. pic.twitter.com/TMFmXc2hhg

We first tested the intricate paint job in “cool colors” (too ‘garage kit’ contouring) but the light muddled them. Mike Hill changed to a “nicotine-base” palette. used light to “cool it” and stopped contouring the sculpt. pic.twitter.com/KvTsCiydyV