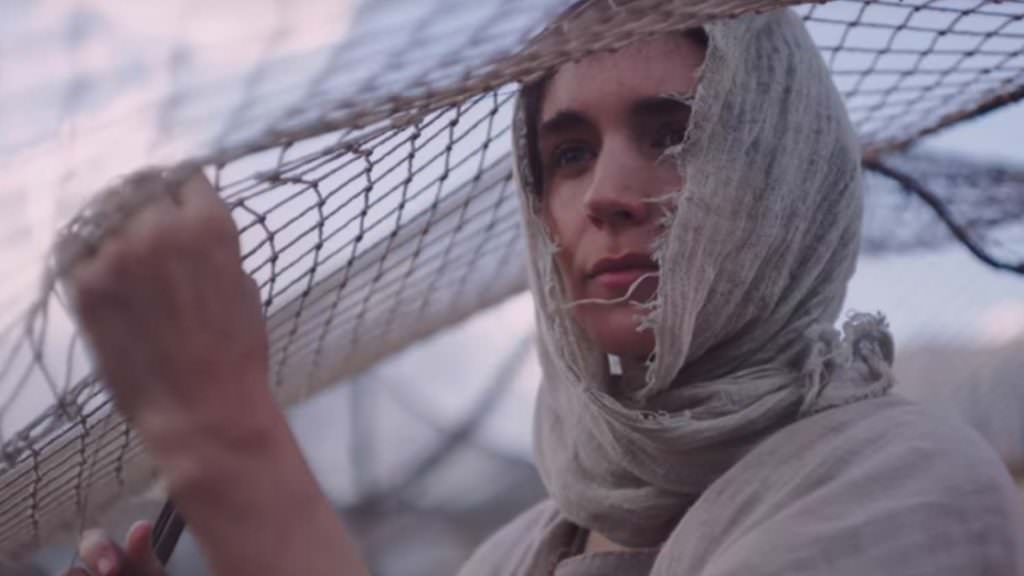 Rooney Mara takes on one of the most controversial characters in one of the most famous stories of all time. Mara plays the title role in the big screen retelling of Mary Magdalene. The trailer, released this week, teases tender private moments alongside famous public scenes between Jesus and his most famous female follower.

Joaquin Phoenix costars as Jesus, and honestly, we can’t believe no one has cast him in the role before. Phoenix has played many a misunderstood loner, and Jesus certainly stood among those ranks. The trailer even touches on his difficulty bearing the weight of being a religious figure. Mary asks his, “Is that what it is like to be one with God?” to which he replies, “No one has ever asked me how it feels.”

The trailer alludes to the film’s focus on the politics of the time that weighs upon Peter (Chiwetel Ejiofor) and the other disciples. Mary and Jesus seem to be able to see past the current climate into the bigger meaning of their mission. The story will carry through Jesus’ crucifixion as Phoenix is seen bloodied on the cross in the trailer.

The trailer also touches on the treatment of women in that time and how Mary navigates her place in society. Jesus sees her as a leader while others wish to destroy her. Seeing other women around who are marginalized seems to strengthen her resolve. Scholars have long engaged in controversy over whether Jesus and Mary were lovers, but the first trailer at least does not seem to make that a focus of the film.

Garth Davis reunites with Rooney Mara to direct the film. The two worked together on Lion. Mary Magdalene is set for a March 30 release date. The biblical film will fall on Easter weekend when Christians celebrated Jesus’ resurrection. Magdalene is attributed to have been the first to encounter Jesus after his resurrection, so the story will be well timed for the holiday.