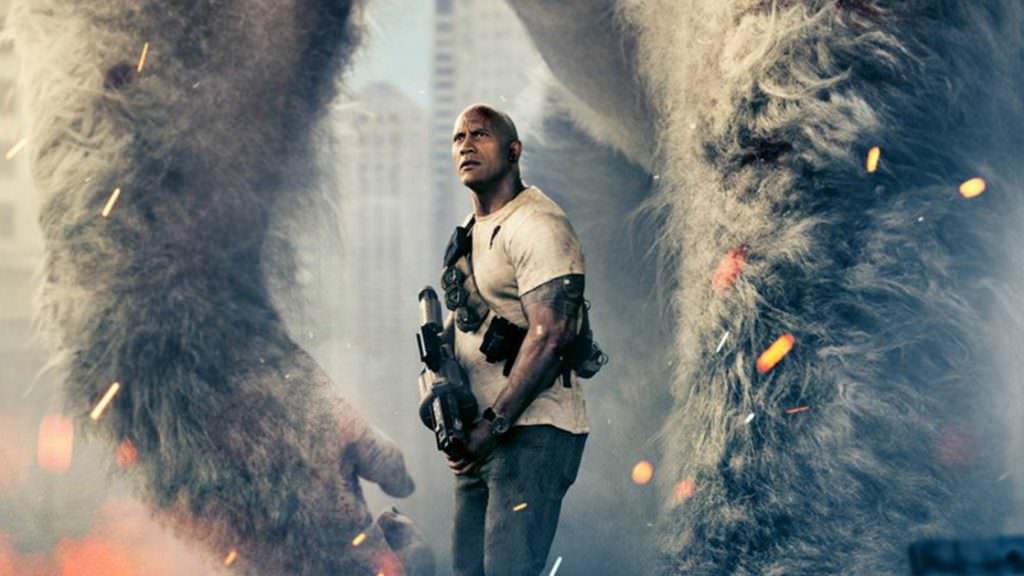 Dwayne Johnson Shows Off His Supersized Costar in Rampage Poster

George, is that you? Dwayne Johnson just released the poster for his next action flick, Rampage, and his costar is so big, he doesn’t even fit on the page. Johnson plays Davis Okoye, a primatologist whose best friend is an albino silverback gorilla named George.

This is no Curious George story. The primate and two friends grow to gigantic proportions due to an accident and Johnson’s character has to wield some pretty heavy artillery to stop the destruction. The tagline reads, “Big meets bigger,” and they mean it. Johnson is one of the biggest stars in the world right now – both in popularity and muscle mass, but he’s dwarfed by the Kong sized ape.

Johnson tweeted in character introducing us to the characters. Johnson has said that the line he quotes belongs to his character, “I love animals because they’re honest. If they like you, they like you. If they don’t, they eat you.” That’s pretty straightforward!

This is my best friend, George. A rare gigantic albino Silverback.
I love animals because they’re honest. If they like you, they lick you. If they don’t, they eat you.
Our #RAMPAGEMovie trailer drops TOMORROW at 5PM EST/2PM PST. #BigMeetsBigger #GorillaLickage #RAMPAGEMovie pic.twitter.com/aUhKe8Wr9U

Although we still haven’t seen a full body shot of George, or the other mutant animals, it looks like some pretty intense CGI work went into the film. The poster shows a lot of detail from matted fur to bloody wounds. Jason Liles put in a motion capture performance that was transformed into the giant gorilla. George will be joined by a lizard and werewolf who size up due to a genetic experiment gone wrong, based on the 1980s arcade game.

Johnson teased that the trailer will be released tonight, likely corresponding with Justice League hitting theaters. Hopefully we’ll get a prolonged glimpse at the enormous beasts as well as more details on the storyline.