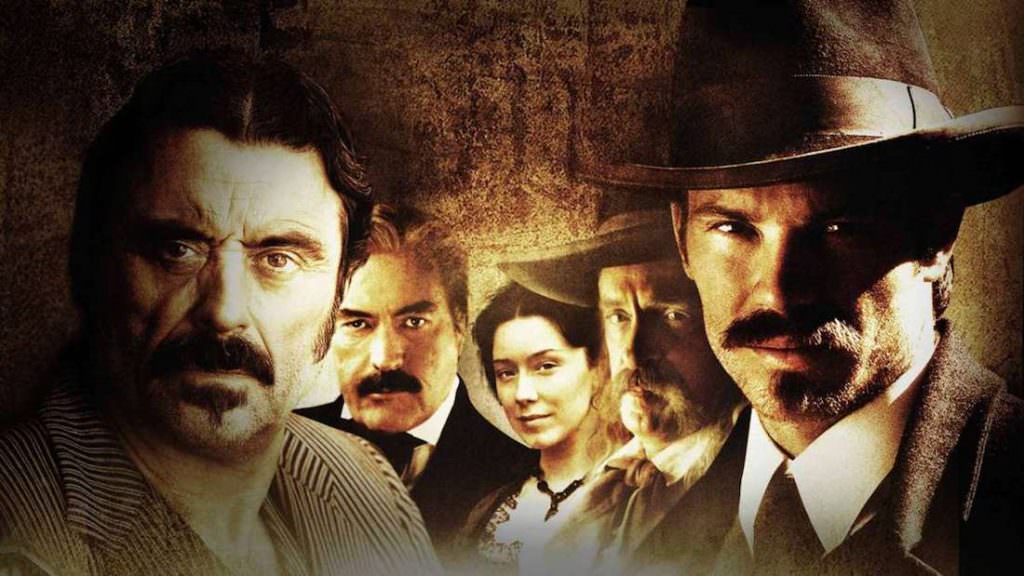 The TV gods are smiling upon us today. TVLine has it that David Milch’s excellent, epic western Deadwood, which aired for three seasons on HBO from 2004 to 2006, is getting revived via a featured length movie. While HBO hasn’t commented yet on the project, their top programming executive, Casey Bloys, said that the project was gaining momentum this past summer at the Television Critics Association press tour.

“The one thing that I was concerned about was I wanted a script that would stand on its own [for Deadwood fans and non-fans],” Bloys said at the time. “[Series creator] David [Milch] totally delivered on that. I think it’s a terrific script. If we can do it on a budget that makes sense for us, and if we can get the cast together, we’re inclined to do it.”

That cast includes Ian McShane as the incorrigible, brilliant saloon and brothel owner Al Swearengen, in one of the meatiest roles in recent TV history (Milch’s dialogue, especially for Swearengen, was brilliant and baroque). McShane’s involvement is a must, along with a slew of excellent actors who populated Milch’s ambitious, Shakespearean drama and so ably spoke his often paragraph-long dialogue. The cast includes Timothy Olyphant, as the troubled sheriff Seth Bullock, John Hawkes as the sheriff’s friend—and the town’s only Jew—Sol Star, Molly Parker as the opium addicted Alma Garret, Paula Malcomson as the prostitute Trixie, Brad Dourif as Doc Cochran, and W. Earl Brown as Swearengen’s right hand man, Dan Dority. Thus far, it sounds as if McShane, Olyphant, Hawkes, Parker and Dourif have all been contracted, with HBO looking at a Fall, 2018 production date.

Deadline reported this past summer that Milch’s script might focus on the town burning, which happened on September 26, 1879, destroying some 300 buildings, with Swearengen fleeing by barge. Another interesting note is that HBO’s current western (of sorts), Westworld, is in production at Melody Ranch, in Santa Clarita, California, the same set where Deadwood filmed, as well as where Quentin Tarantino filmed parts of Django Unchained.

We’ll keep you posted when we find out more. Fingers cross we’ll be making a return trip to the deadliest little town in the west.