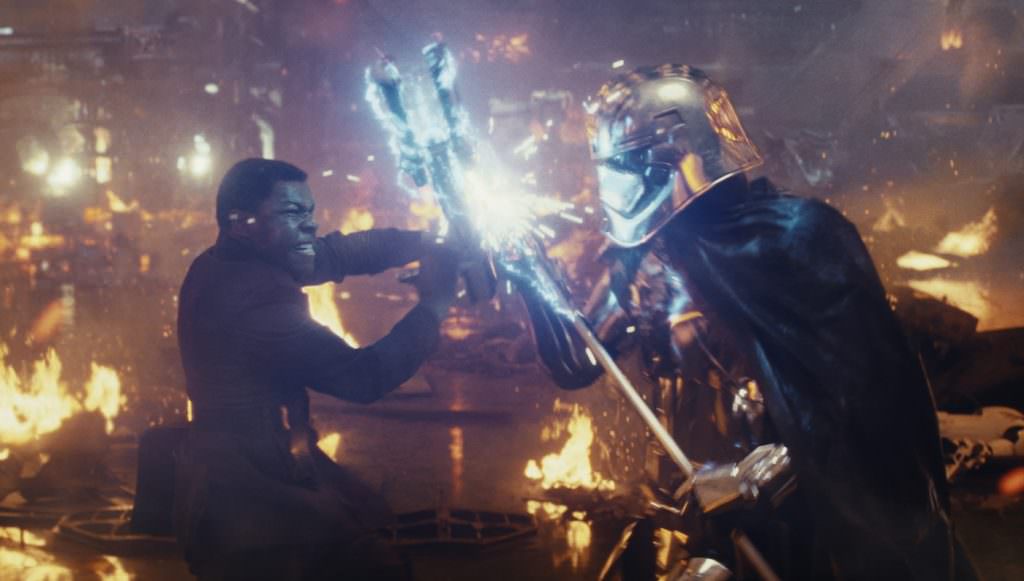 Earlier this morning, we shared the new Star Wars: The Last Jedi “Destiny” spot, which focused on the film’s two leads, our hero, Rey (Daisy Ridley), and the villain, Kylo Ren (Adam Driver) and their respective destinies, which are no doubt going to converge. It also included some behind-the-scenes footage, which also circled the destiny theme, in this case, how the film’s production feels as if it’s been fated to create something special.

Lucasfilm has also released this international trailer for The Last Jedi for Japanese audiences, which pays a bit more attention to our metal-clad characters; Captain Phasma (Gwendoline Christie), BB-8 and R2-D2. This new trailer is still centered on Rey, Luke (Mark Hamill) and Kylo Ren, and still teases us with that moment that appears to show Kylo Ren extending a hand to Rey (this could very well be a cleverly edited head fake). While we’ve been careful not to divulge Adam Driver’s recent potential spoilers, what we can tell you is that he did mention to GQ that Kylo Ren may surprise you in The Last Jedi.

The Japanese trailer also includes the late Carrie Fisher as General Leia Organa, the great actress’s last performance. As Kylo Ren’s mother, Leia will likely have a much bigger role to play here than in The Force Awakens, especially considering she’s been put in the awful position of having to fight her son after his patricidal actions (and because he’s the First Order’s resident psychopath). Characters introduced to us in The Force Awakens will also bigger roles to play here. They include John Boyega’s Finn, Oscar Isaac’s Poe Dameron, Domhnall Gleeson’s General Hux, and Andy Serkis’s Supreme Leader Snoke (now in the flesh). Your newcomers are Kelly Marie Tran as Rose, Benicio Del Toro as DJ, and Laura Dern as Vice Admiral Amilyn Holdo.