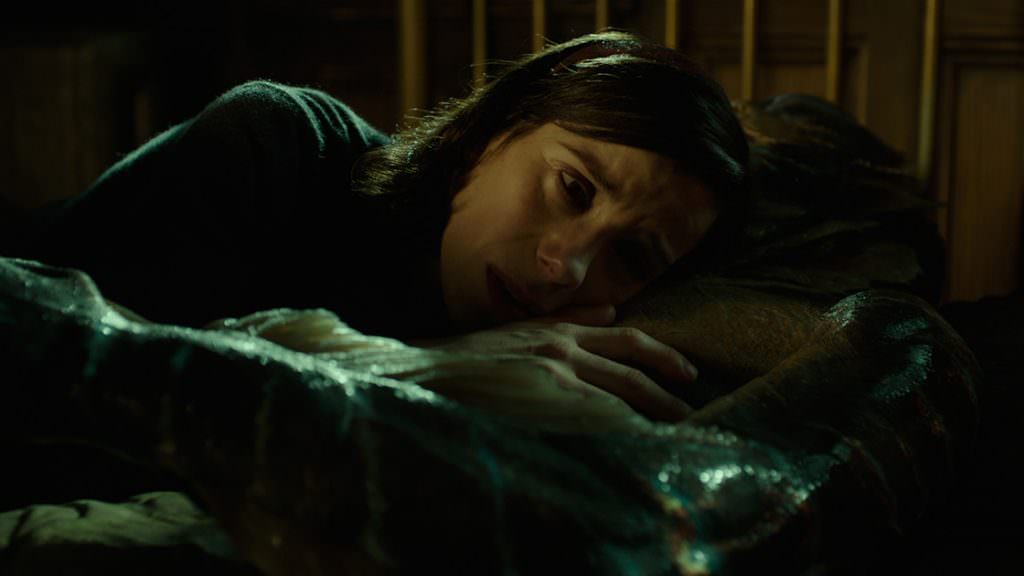 Appearances can be Deceiving in Final The Shape of Water Trailer

Creature from the Black Lagoon was one of the early movie monsters that made audiences fear what could be lurking in dark waters. Guillermo del Toro has taken what appears to be a close cousin of the lagoon dweller, and transformed him into a leading man. The final trailer for The Shape of Water pulls the aquatic man-fish (Doug Jones) into the light so that we can see the misunderstood soul more clearly.

Where there is a rare and mysterious lifeform, there is always a government trying to study, imprison and weaponize it. In the case of The Shape of Water, the secret captive is being held by the U.S. during the Cold War. They take great care to hide their secret from the Soviets, but Elisa (Sally Hawkins) sees a tortured life, rather than a science experiment.

The Shape of Water is a dark, yet whimsical twist on the creature feature genre. Rather than fearing the alien in the tank, she grows to love him, and the real monsters take a human form. Michael Shannon, undoubtedly one of the greatest talents we’ll see our lifetime, is a veritable villain as Strickland. Vengeful for a violent encounter with the amphibious being, he turns from victim to obsessed tyrant.

Director Guillermo del Toro (Pan’s Labyrinth) is a master of multi-dimensional monsters who fill a grey area of good and evil. The Shape of Water features a mysterious character who can be tender and human or violent and animalistic. Although you see Strickland’s injuries, we have not yet seen the altercation. Could it be a setup?

Preview the beautiful and terrible world of The Shape of Water in the final trailer. Note of warning, the trailer is red band as it gets a little gory.

The Shape of Water is in theaters December 1.