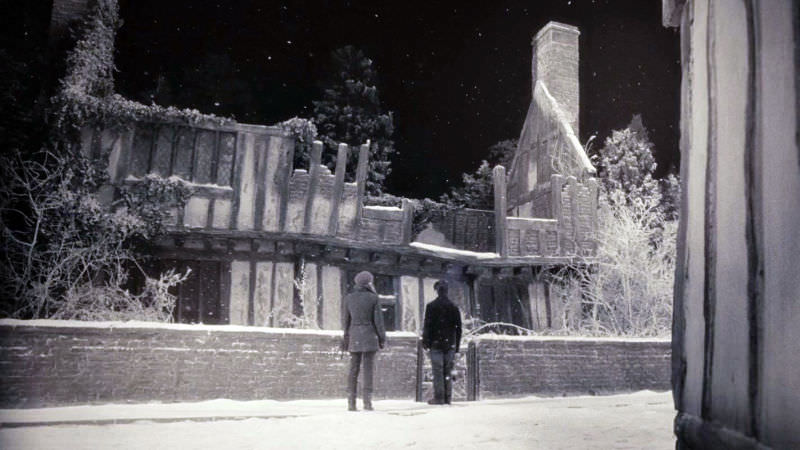 There are a lot of ways to get the full Harry Potter experience – take the studio tour in London, visit the Orlando theme park, spend two days watching the Cursed Child stage play. Now you can add live in the house where the boy who lived got his name.

The English cottage featured in Harry Potter and the Deathly Hallows: Part One where Voldemort killed James and Lily Potter is up for sale. Murders are typically a black mark on a real estate record, but this one might actually icnrease interest. It’s an important event in Harry Potter canon as this was the moment that the evil Lord Voldemort failed to kill our hero, giving him the lightning scar, turning him into a walking Horcrux and setting off the whole wizarding series.

It actually appears to be a really reasonably priced home. The owners are asking $1.3 million for six bedrooms, two kitchens, dining, drawing, and sitting rooms. It’s a pretty idyllic location just outside of London and would make for a really great Airbnb. If you were so inclined, it would also make a very popular tourist destination, but it looks like a luxurious location for wizards and muggles alike.

The listing touts a 4/10 acre garden and a rich history, but does make a brief mention of its cinematic fame. “In more recent years, this historically important house has been featured in Harry Potter and the Deathly Hallows. Forming part of Godric’s Hollow, De Vere House can be seen opposite a fictional graveyard with a Christmas tree in the window, with lights on and music emanating.”

There’s no indication you can access the home via Floo, but did we mention it includes parking? Accio Potter cottage!