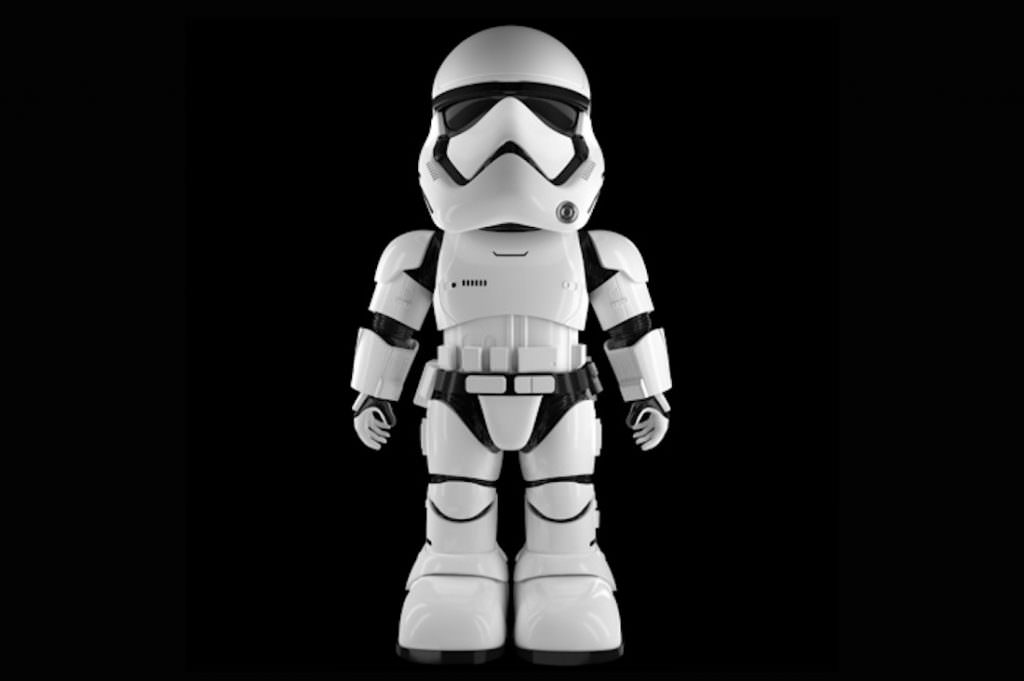 You Can Finally Raise Your own Army of Tiny Robotic Stormtroopers

UBTECH Robotics has retrofitted one of its 16-inch tall humanoid robots with Stormtrooper armor, finally giving you the chance to channel your inner Palpatine (or, to use a more modern villain, Supreme Leader Snoke) and amass your own army of miniature robot Stormtroopers.

The little self-balancing Stormtrooper bots includes a sentry mode, allowing you to use an app on your mobile device to set up a specific territory around, say, your desk, for your Stormtrooper to keep watch. The app also includes an ability to use your smartphone or tablet to deploy the lil’ trooper in an interactive experience. You could argue your UBTECH’s robotic Stormtrooper is at least as smart as any of the Stormtroopers from the original film, consider it can respond to basic voice commands and even has some facial recognition technology. The UBTECH Stormtrooper can remember and react differently to up to three different faces (so now you can deputize two of your friends), using biometric identification. Is there an annoying coworker hovering by your cube, or a sibling you need to keep out of your room? The robotic Stormtrooper has you covered. The augmented reality game that comes with the bot allows you to fight off the Resistance and launch First Order attacks. The UBTECH Stormtrooper does not store any of your information in the cloud, meaning that any concerns of a hack are lessened by the fact that the information you share with your Stormtrooper shouldn’t fall into rebel hands.

UBTECH, like Sphero with their Ultimate Lightning McQueen, creates robotics that your kids will absolutely love (and that you will likely play with left to your own devices). UBTECH’s Star Wars First Order Stormtrooper robot isn’t cheap (it’s currently $300), so while you probably can’t build your own Stormtrooper robot army quite yet, at least you know its now possible.