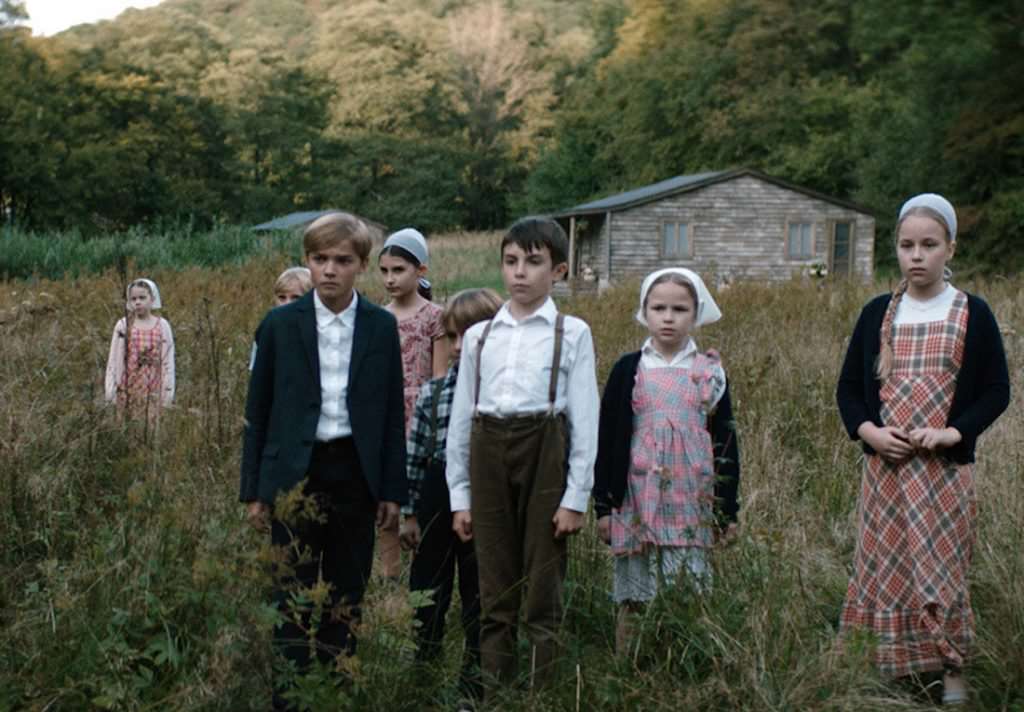 For her third feature Good Favour director Rebecca Daly, working with co-writer Glenn Montgomery, left her native Ireland, where her first two films were set, for Belgium. She also centered her story more on an ensemble, in this case a remote religious community that’s upended when a young, mysterious man appears out of nowhere and joins them, rather than the more intimate stories anchored by female heroines of her first two films.

Daly’s debut feature was the thriller The Other Side of Sleep, about the impact of a killing on a small Irish community and, in particular, on a young woman who suffers from sleepwalking. It was a hit at the Cannes Film Festival in 2011 where it was lauded by director Jane Campion. Last year, her Sundance hit Mammal starred Rachel Griffiths as a grieving mother who befrieds a homeless young man. Good Favour which premiered at this year’s TIFF has similar themes about unsettling strangers while also representing a departure for Daly.

The change of setting and the larger scope of the project were a “natural progression” for her as a director, she says. But she also moved into the realm of allegory and parable with her story of a small, closed religious community that lives at the edge of the woods and dresses in old-fashioned attire. The daily rituals of work and prayer and family meals are altered by the sudden presence of  Tom (Vincent Romeo), a soft-spoken stranger who walks in from the forbidden woods. At first viewed with suspicion, Tom’s presence shakes things up in the village that’s haunted by the recent disappearance of a child. Some, like 19-year-old Shosanna (Clara Rugaard), embrace him as a kind friend who seems to have magical healing powers . Others, including the group’s spiritual leader, Mikkel (Lars Brygmann), see him as a savior.

“I wanted to look at the idea of faith, which is a big part of life in Ireland, but I wanted to remove it from a personal context and look at it at an allegorical level,” says Daly. “I also wanted to show how communities function; people living together under leadership and how leadership functions. I wanted to convey the beneficial elements and also the troubling practices and ideology which are about the good of the community but are not necessarily good for individual interests.”

Daly says she was “motivated by curiosity” to explore life in a strict religious community that chooses to live apart from the outside world. She did some research on sects such as the Mennonites. The denomination of the community in Good Favour, though based in Christianity, is not specific.

“I started out saying I was going to make a religious western,” says Daly. “Some are calling it a ‘mystical thriller.’” The Bible, particularly the Old Testament, provided inspiration for the religious symbolism but Daly didn’t draw on any specific source material. “I’m trying to make something particular to itself and not derivative,” she says.

Her crew constructed the village that is the sole setting of the production. “We wanted to create this physical boundary. Interaction with the outside world is very controlled. The children are given the impression that danger lies outside,” says Daly, who says it’s likely that her next film will be set in the U.S.

The dual claustrophobic character of the community and the mystery of the remote area bordered by woods is conveyed by the rich visuals of cinematographer Tibor Dingelstad. He shot Good Favour digitally but used anamorphic lenses “to give a particular look, a more filmic feel,” Daly says.

One of the keys to the film’s atmosphere and timeless look was the casting of Tom; the little-known Romeo’s mournful face suggests a silent film actor.

“We were looking for someone who felt mysterious and who could grow in the story. It wasn’t essential, but we were lucky that we came across an actor with a strong, unusual look that set him apart.” says Daly who credits the film’s Belgian casting director. “She sent a tape of Vincent to me, and it was very arresting to see him. He didn’t have a lot of experience so we worked with him before we cast him and the progress he made with the character mirrored the progress he made as an actor. His growth was phenomenal and he has a natural charisma.” 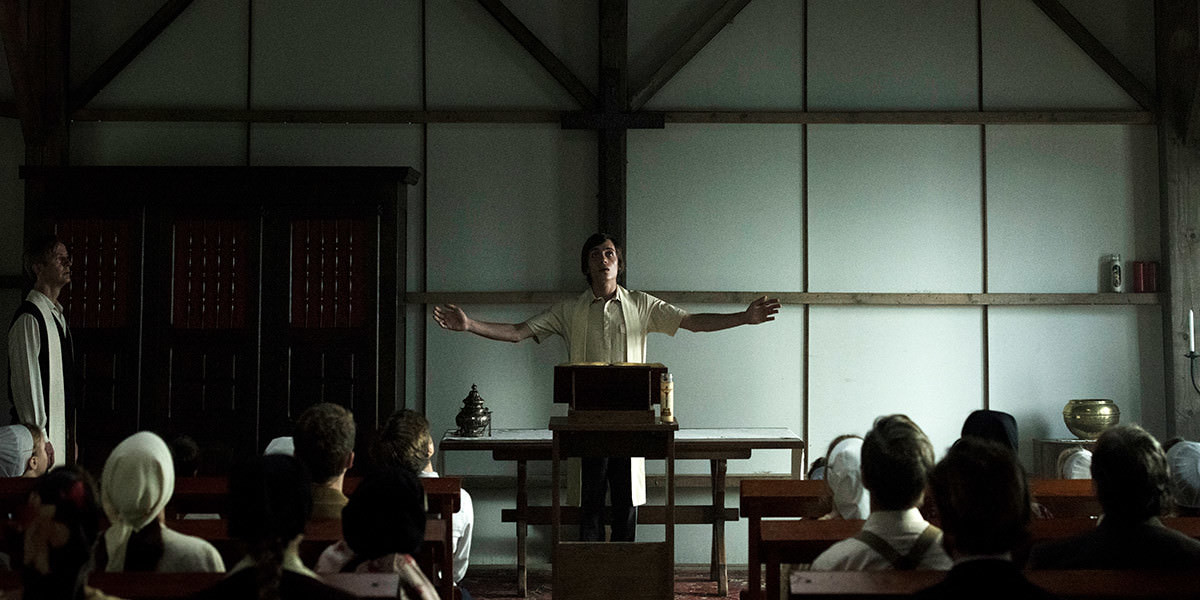 The rest of the ensemble was a mix of experience and youth. “Clara [Rugaard] was just 19; she’s worked in Denmark and it was a big role for her. Victoria Mayer is a fantastic German actress. It was a great opportunity for me to work with European actors,” Daly says. “Lars was cast at the last minute when [a previous actor] got hurt and he was perfect.
“I you get the casting right, so much can be wrong and it still can work.”

With its symbolism and mystery, Good Favour is ambiguous, which may frustrate some and leave others debating its meaning. Some may see it as an allegory about mistrust of immigrants, or the plight of refugees. That’s fine with Daly.

“There’s a question of where Tom came from, because there has to be many possibilities for him [in order for the story] to work. We can’t ignore the refugee crisis, especially in Europe, or the anxiety people have about it, or the compassion around the plight of refugees,” she says. “So I didn’t want negative connotations. I didn’t want to take a position. I didn’t want to dictate ideas, just explore them.”