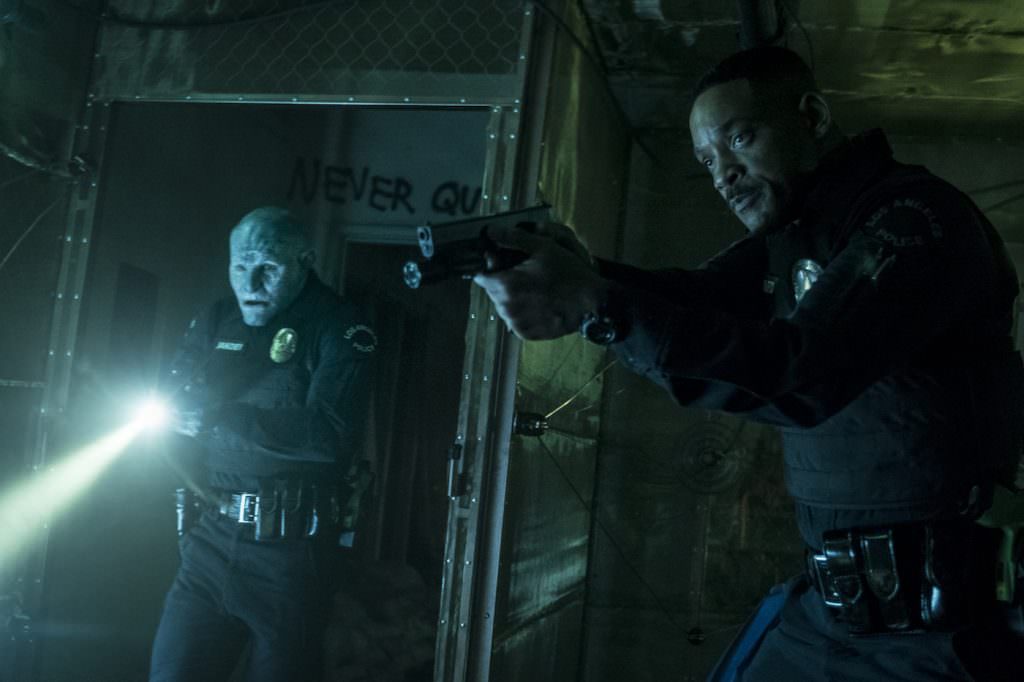 The second trailer for Bright, directed by David Ayer (Suicide Squad, Fury) and starring his Squad lead Will Smith and Loving and The Great Gatsby standout Joel Edgerton gives us the sense that everyone involved in this wild, weird film was going for broke. There’s one legtimate laugh-out-loud moment between Smith’s Daryl Ward and Edgerton’s Nick Jakoby—who is an orc—that makes us think this might be the odd couple/buddy cop film we’ve been waiting for. Plus the conceit is bonkers (in a good way).

The trailer begins in media res—that is, right in the middle of the action—as Ward and Jackoby, two members of the LAPD, are getting shot at inside a night club. When they discover an elf (Lucy Fry) and her magic wand, they’re thrust on a journey that sounds like its going to include a showdown with the devil himself. The wand, described strangely as a nuclear weapon that also “grants wishes” is your Macguffin, but the action, the chemistry between Smith and Edgerton, and the bizarre conceit are the reason you’re going to want to give Bright a chance.

There are a lot of moments that pop in the trailer, including a stand off between Ward, Jackoby and a bunch of Jackoby’s fellow orcs, and a lot of David Ayer action—the director behind End of Watch knows a thing or two about filming intense sequences between cops and bad guys, or in this case, cops and magical creatures and beings.

Here’s the official synopsis for Bright, which will begin streaming on Netflix on December 22:

Set in an alternate present-day where humans, orcs, elves, and fairies have been co-existing since the beginning of time. Bright is genre-bending action movie that follows two cops from very different backgrounds. Ward (Will Smith) and Jakoby (Joel Edgerton), embark on a routine patrol night and encounter a darkness that will ultimately alter the future and their world as they know it.

L-r: Joel Edgerton and Will Smith in Bright. Photo by Scott Garfield/Courtesy Netflix.