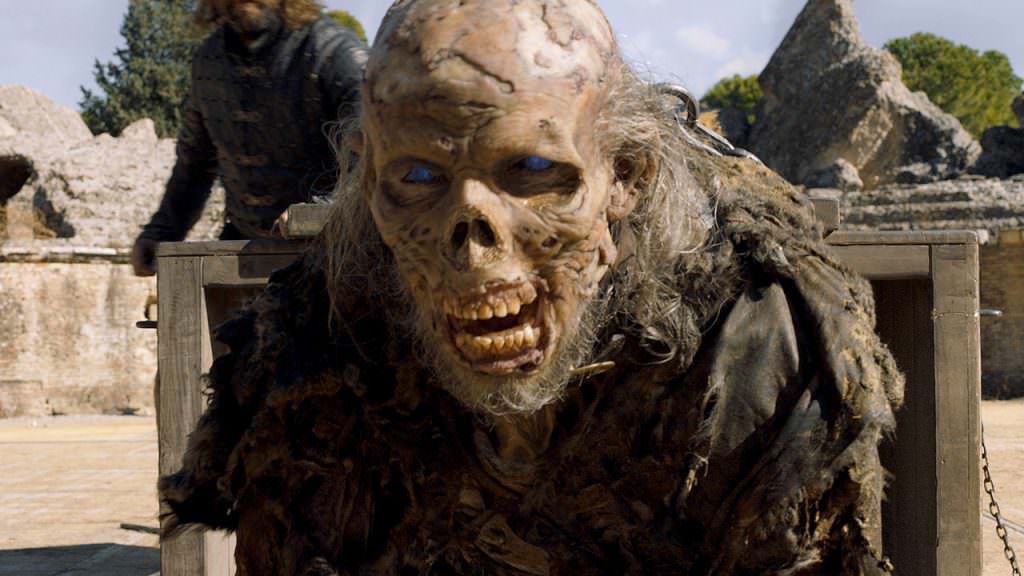 Why Building This one Wight was Harder Than Making 10,000 of Them

HBO has delivered the final installment of their Game of Thrones behind-the-scene series “The Game Revealed” with a fantastic look at the most consequential Wight in the show’s history. We’re talking about the one Jon and the gang risked life and limb to bring back in “Beyond the Wall,” and dumped on Cersei’s doorstep in King’s Landing.

The scene in question, during season seven’s finale “The Dragon and the Wolf,” was a piece of almost perfect television, with just about every important character left in the show gathered around so Cersei can finally learn who the real enemy is. As we wrote in our recap of the finale, “as a piece of theater, the only way Tyrion’s plan could have been improved is if the Hound channeled Michael Buffer and bellowed to Cersei and the assembled gang Let’s get ready to rumble! before flipping the shipping crate and sending that skeletal wight scrambling.” The chained wight makes it to within inches of Cersei’s pretty, horrified face, snapping its rotting jaws at her. “How perfectly decomposed the wight itself was, exposed bones and bits of ragged clothing, the terrible teeth, the way it shot straight for Cersei as if she were the meal he was promised when he was turned,” we wrote.

Now we know that the price for such perfection is high. Stunt performer Michael Byrch, Cersei herself, Lena Headey, and director Jeremy Podeswa discuss the scene, with Podeswa explaining that turning Byrch into this single wight was more difficult than creating an army of them. The level of detail, including behavioral and visual effects (the shredded skin, the ripped clothes, the fact that it keeps going after being chopped in half) meant that there was a lot required from the actors, design team and VFX team.

Check out “The Game Revealed” below to learn how much is required to create one nasty wight.