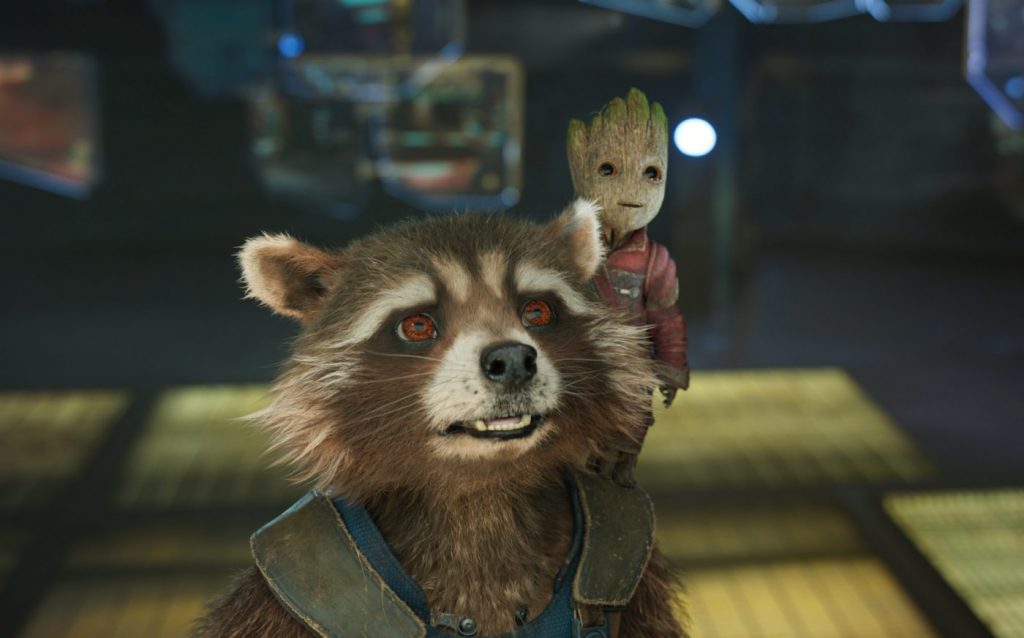 Digital effects are so outrageously good at this point, we take it for granted that Andy Serkis can become an utterly realistic intelligent chimpanzee and give arguably the greatest motion capture performances of all time throughout the new Apes trilogy, or, say, watch a talking, hybrid raccoon and a sentient plant-based alien, voiced by stars Bradley Cooper and Vin Diesel respectively, and never once be taken out of the film by just how outrageous what it is we’re seeing actually is. We expect our digital effects to be seamless, believable, and perfect. And at this point, they more or less are exactly that.

That’s certainly true for the work Framestore did for Guardians of the Galaxy Vol. 2. The digital effects company just released a VFX breakdown for how they created Rocket and Baby Groot, which includes a look at a skinless, hairless Rocket being constructed, hair-by-hair, into the gun-loving maniac we all adore.

Framestore’s artists worked with Vol. 2‘s VFX Supervisor Christopher Townsend to deliver over 620 shots, including creature work (like the interdimensional beast the Guardians have to battle in that outrageous opening sequence), spaceships, and an exhilarating space chase across the Galaxies. There could be no Guardians without the work of Framestore’s artists. Also, apparently, the dancing of writer/director James Gunn, who is revealed here as the inspiration for Baby Groot’s moves in the film’s opening.

Check out Framestore’s VFX breakdown below: