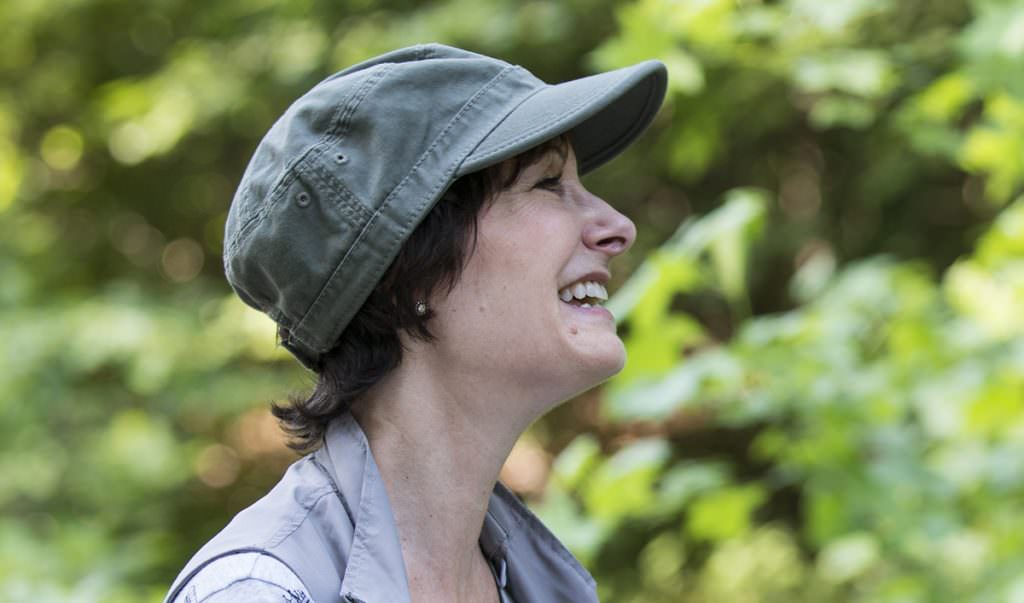 Few producers have been as involved in fandom as long as Gale Anne Hurd. A producer of The Terminator, Aliens and now The Walking Dead — all projects that amassed a cult following — she turned fans into collaborators by partially crowdsourcing her new documentary project Mankiller.

“With the resources that I have in terms of being able to reach out to the actors on the TV series [The Walking Dead] and friends of mine like Felicia Day and ask them to help, as well as the fans of The Walking Dead who follow me on Twitter, that was an invaluable resource without whose support we would never be able to make this film,” Hurd told The Credits.

Hurd turned to Kickstarter to help finance the film, which dramatizes the life of the first female principal chief of the Cherokee Nation.

“We are in danger of losing her story to time,” reads the Kickstarter appeal, which offered pledge rewards from The Walking Dead cast, among others, such as The Big Bang Theory’s Mayim Bialik.

“It’s not surprising the story appealed to fans of The Walking Dead; we obviously have very strong female characters in the series and it’s about ordinary people surviving in extraordinary times, so there was a great overlap there,” she added.

She went on to compare Wilma Mankiller, the woman at the hart of Hurd’s new film, to her earlier heroines like Sarah Connor from The Terminator.

“I’m drawn to overlooked stories, ordinary people who achieve remarkable things, and that’s been the case if you go back to Sarah Connor in The Terminator, Ripley in Aliens or even the two young women…in the film Dick,” she said, naming previous projects on her producing resume. Hurd said although “fandom has changed completely” since she worked on The Terminator in 1984 or Aliens in 1986, she hasn’t changed her approach to the fans.

“Social media was a game changer, connecting fans not only to filmmakers and actors but also to each other…there is a connection that goes beyond just the idea that we like the same things or that fans like what I make,” she said. She said fans are now “driving the industry” and have more access than ever to people involved in making the shows they love.

“For me it was a really easy transition,” she added. “Even if I didn’t have a film or project I was working on, I would still be at San Diego Comic Con.”

“I’ve always been drawn to compelling stories about women, but they are hard to get financed,” Hurd said. She nodded to the success of Wonder Woman this year as a possible game-changer.

But in the case of this movie, Hurd needed to draw on all the resources she’s developed in her long career to get it made.

Mankiller also speaks to the cultural moment. Although Hurd acknowledged that “very few people have heard of her,” Wilma Mankiller was cited by the organizers of the January 2017 Women’s March on Washington as a leader in America’s fight for equality.

“It shows you even though Wilma died a few years ago she’s as relevant now as ever,” Hurd said of the political reference. “We need more amazing role models like Wilma who overcame a truly challenging life and achieved remarkable success. She also reached across the aisle, even though she considered herself a liberal Democrat …she believed that it really didn’t matter what your political belief system was.”

Hurd’s long career reflects her interest in the movie’s twin themes of female and Native American empowerment — and demonstrates her hard-won ability to make a production happen. But her own advice for others interested in the movie industry is to stay humble.

“I didn’t start at the top — I think that’s one of the reasons my career has such longevity,” she said. “Because I have learned most of the jobs in the business and I think it’s important never to lose your humility and not to rise above it to the point you can no longer relate to people who are starting out.”

Directed by Valerie Red-Horse Mohl, Mankiller premiered at the 2017 Los Angeles Film Festival — which was attended by Kickstarter supporters — and has been well received by Native American media. It was screened this month for lawmakers at the Capitol Visitor Center in Washington, D.C.