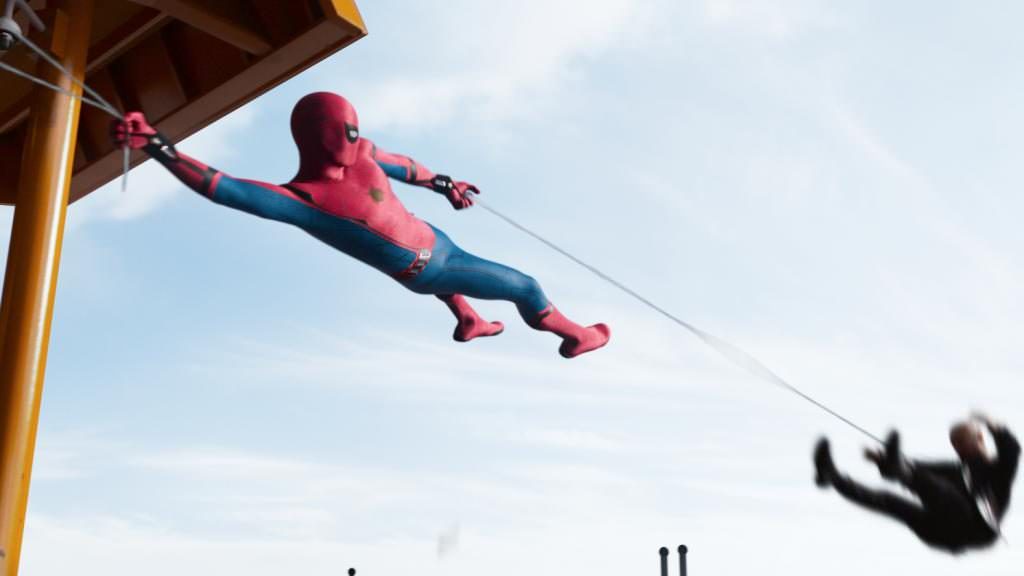 The VFX Magic Behind Spider-Man: Homecoming

Spider-Man: Homecoming star Tom Holland trained tirelessly to do as many of his own stunts as possible, but some of them were just too epic to do live. In stepped the team at Imageworks VFX, who just released an incredible video giving us a glimpse at the film’s incredible CGI.

Holland was charmingly awkward as the young Peter Parker, and his homemade super suit gave his character more realism. VFX Supervisor Theo Bialik described how the artists made a photorealistic version of Holland that could act out the most dangerous stunts. The team used the incredibly impressive technology of motion capture, but also studied something unique – how Holland acted when the director yelled ‘cut.’

“What we found was useful was to study things off camera, when a stunt went awry, when he lost balance. Just the subtleties and nuances of that, things that you wouldn’t think to animate by hand. Those were key to create something that would look real.”

As the most inexperienced member of the Avengers, it would look odd to have Spider-Man pulling off super slick moves and nailing every landing. His imperfections are what make his character unique.

In aiming for that look, the team created screen tests and the results were so realistic that even Spider-Man himself couldn’t tell the difference. Holland questioned whether he was watching something he had filmed previously. That’s when you know you’ve got it right. There are no words to describe how realistic it looks. You’ll just have to watch the clip to see the difference.