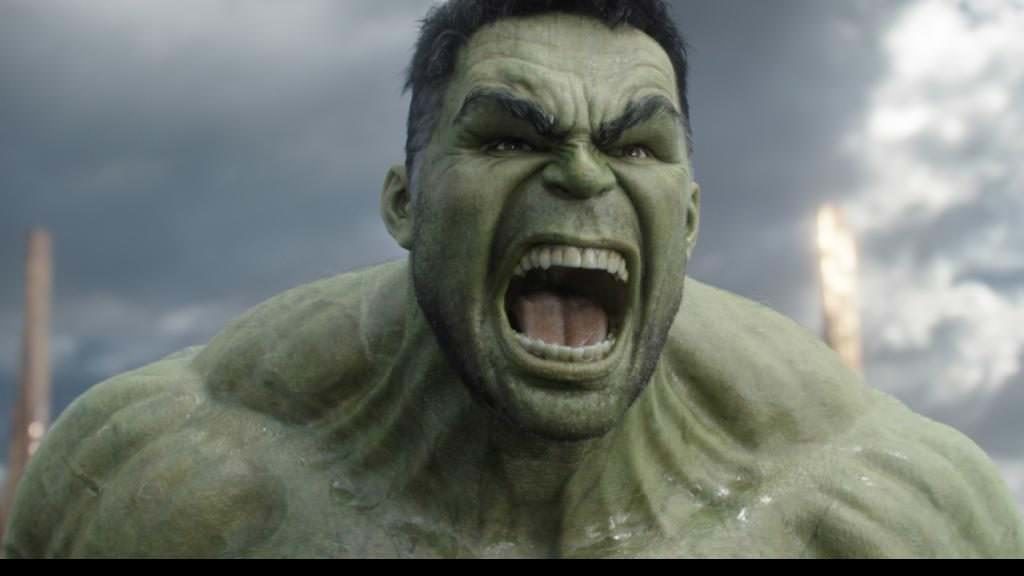 Thor: Ragnarok is Part One of Three-Part Story Arc for Hulk

The next installment in the Marvel Comic Universe is technically a Thor movie, but this is the franchise’s time to Hulk out. The green guy may not be headlining any of his own movies, but this is his time to shine.

Mark Ruffalo said that the supersized Avenger is going through a growing stage, and Ragnarok is the beginning of the journey. The Hulk and Thor seem to have done some serious bonding and he really stands out in the hilarious Ragnarok trailers. Now there’s hope we’ll see the character in the spotlight even more.

Ruffalo told Cinema Blend that Hulk is going through a mini trilogy within the other films. “So basically, Kevin [Feige] pulled me aside before this, and said, ‘If you were gonna do a… if we were going to do a standalone Hulk movie, what would it be?’ And I said, ‘I think it should be this, this, this, and this and this, and ends up like this.’ And he’s like, ‘I love that. Why don’t we do that in the next three movies, starting with Thor 3 and then we go into Avengers 3 and 4.’ And I was like, ‘That sounds great!’ And so we are at the beginning of this arc.”

Ok, so Ruffalo is a little spotty on the details, but there is one thing that’s notable about the trailers that we’ve never seen from the Hulk before – him speaking. In Avengers past, Bruce Banner has done all of the talking. Maybe there’s more to him than just his muscles. We may finally get to know what goes on inside his mind. Ragnarok will start the evolution, and we’ll get to see Hulk shine even more in Avengers: Infinity War and Avengers 4.

Ruffalo added, “Hulk speaking is the start to separating of these two individuals, these identities in this split-identity person, and where that’s going to end up going. So it was really interesting to me. He’s like a baby! He’s like a five year old or six year old. So he has the same syntax, he has the same worldview, and so it was fun. It’s like Chris [Hemsworth] – we all got to reinvent our characters in this.”

Aw, they grow up into crime fighting super powers so fast. Enjoy the infant stage while it lasts.