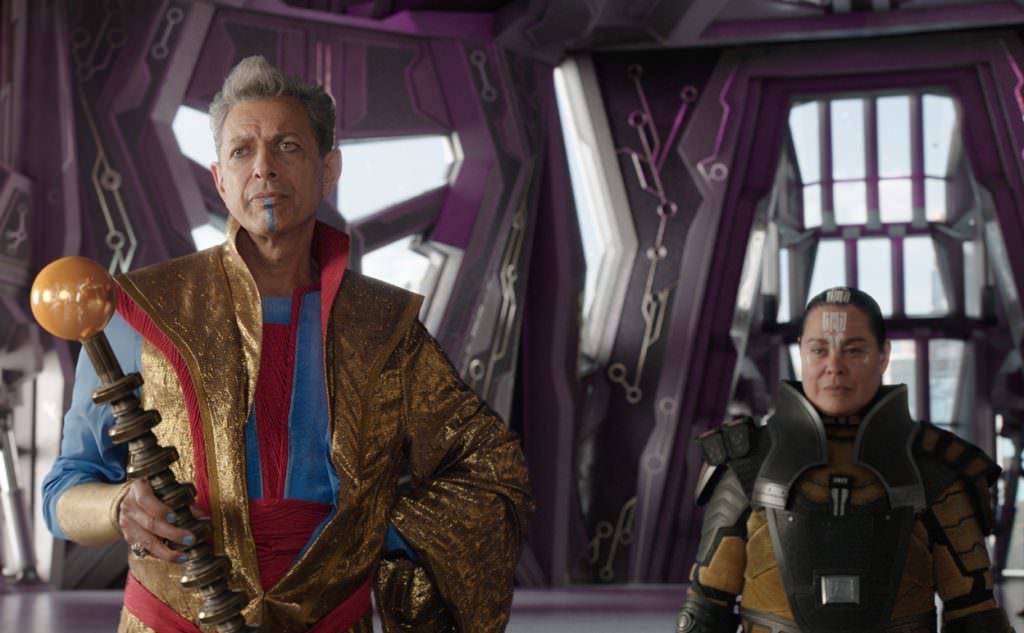 This Thor: Ragnarok Interview with Jeff Goldblum is Seven Minutes of Heaven

The press circuit on major films can be exhausting and stars sometimes begin to wear down. Not so for Thor: Ragnarok actor Jeff Goldblum who seems to have unlimited stamina and puts serious thought into every answer, no matter how mundane.

GamesRadar got the star to sit down and answer a smattering of questions, all of which are thoroughly and delightfully answered. The journalist poses several rapid-fire questions, Thor themed and otherwise. Goldblum gives his brief synopsis of the film that he manages to make sound quite intellectual and lofty. Although he’s only given 10 seconds to describe the plot, he manages to touch on his character, the Grandmaster, who we simply cannot wait to see in action. He ultimately declines to pick a favorite between Thor and Loki calling Thor “meaty” but notes that Loki has a sensitive center.

Other topics include cats vs. dogs and dinosaurs vs. dragons. Goldblum, of course, picks dinosaurs to plug the next Jurassic Park movie, a franchise that is synonymous with the actor. He even launches into an unsolicited version of the theme song that he’s written lyrics to. We are all in favor of getting Goldblum’s rendition recorded.

His parting words of wisdom are a watch list, and they’re all documentaries. Goldblum says he is halfway through Ken Burns’ The Vietnam War, which truly is astounding TV. He also recommends City of Gold and Los Angeles Plays Itself.

Goldblum even says that given the chance, he would use a magic button to rid the world of hatred and intolerance. We simply couldn’t love you more, Jeff.

Thor: Ragnarok is nearly upon us, opening November 2.