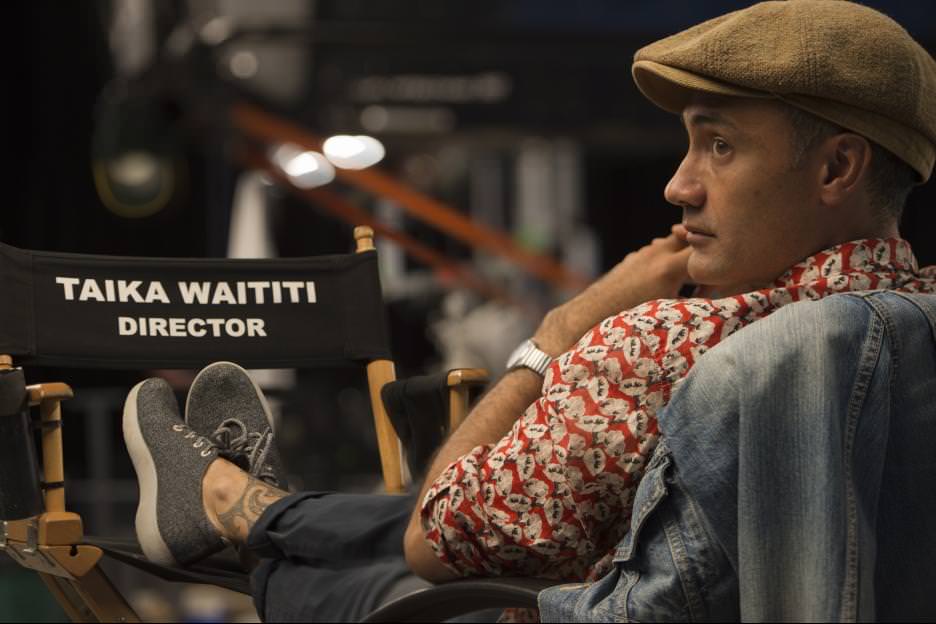 Taika Waititi is a gift to us all. His lighthearted sarcasm on Twitter is a bright spot on the often dark and grimy internet and his Instagram is filled with images of him having fun with – and making fun of – major movie stars. Waititi appears to have been welcomed into the Hollywood fold with ease. Even Ryan Reynolds made a reference to Waititi’s film Hunt for the Wilderpeople from the set of Deadpool 2.

This week, Waititi has blessed us with a reading and response to some of comments about Thor: Ragnarok posted IGN. Mind you, Ragnarok has not even been released yet, but fans have already started to form their opinions. Waititi is in good company alongside the cast of Kingsman and Woody Harrelson and Andy Serkis who participated in the same bit for their respective films.

Waititi addresses some of the nasty remarks and reminds us that, in the end, you are watching a bunch of aliens from a comic book. There’s something cathartic about super talented people acknowledging their critics and realizing that we don’t have to take everything on the internet so seriously. One commenter, who goes by the name of Bruce Wayne, even instigated Waititi to take a small dig at Marvel rival DC Comics.

Others commented that they expected to like the movie, which didn’t really have any effect on Waititi’s demeanor. He appears pretty nonchalant about making his mark on one of the biggest franchises in the world right now. He also takes a jab at his native New Zealand re-gifting actors like Russell Crowe to Australia.

If you haven’t seen Waititi’s masterpiece What We Do in the Shadows, drop everything and go indulge right now. Halloween is next week, Waititi’s first US studio film is debuting next Friday, now is the time.