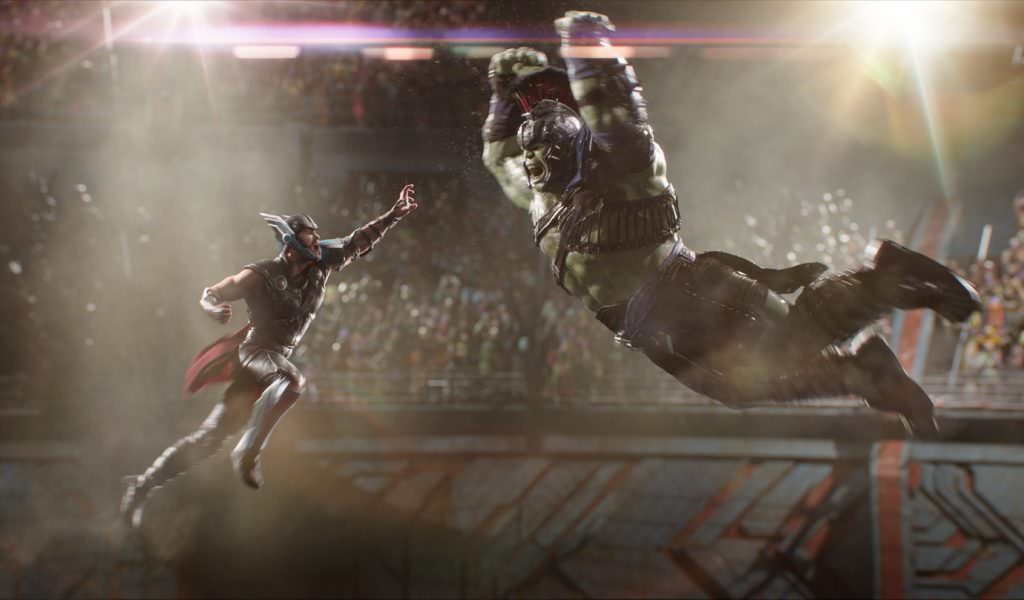 Thor: Ragnarok director Taika Waititi caught our eye with Boy, slayed us with What We Do in the Shadows and fully intrigued us with Hunt for the Wilderpeople, but the question remained if he was ready for a giant Marvel blockbuster. Wonder no more! The reviews for Ragnarok cry out with a resounding, ‘YES!’

Waititi proved he could glide through drama and has some of the strongest comedy chops around, but it was unclear if that would translate to a big budget action film. When the first trailer was released and Thor, in a gladiator style showdown with Hulk, exclaimed, “We know each other! We’re friends from work!” it was all but confirmed that this was going to be something special. Now, reviews of the film are raving that it is, indeed, a skillful combination of tones that lead to pure entertainment.

All indicators are pointing to a charismatic Thor, and other than ridiculously good looking, talented and fun, what is Chris Hemsworth if not charming? Expect Ragnarok to shed some of the weight of the role and allow Thor to be a little cheekier. Ruffalo has also received praise for playing the straight man in the buddy routine. People are loving Cate Blanchett as villain Hela who looks delightfully sinister in the trailers. Tessa Thompson also reportedly kicks butt as Valkyrie adding to the list of strong female superheroes. And of course, Jeff Goldblum steals every scene he’s in.

Here’s a round up of the official reviews:

“The relatively laidback angle on all the murderous spree-ing gives Chris Hemsworth a chance to find the comic groove beneath the title character’s beefcake godliness. He does it expertly, and the self-mocking humor is all the more welcome given Thor’s essential blandness. Waititi’s interest in intimate stories was evident in Hunt for the Wilderpeople, but it’s the knack for dry comedy that he brought to the mockumentary What We Do in the Shadows that shapes the new Thor.
– Sheri Linden, The Hollywood Reporter

Try to fit it into an established [mold] at your peril, but roll with this and you’ll discover not only a top-tier addition to the MCU, but one of the most flat-out enjoyable comedies of the year.
– James Dyer, Empire

“It’s not even a question that Thor: Ragnarok is the best of the Thor movies and it’s certainly up there as far as the best in the MCU.
– Mike Ryan, Uproxx

Blanchett walks away with the movie; verbally, she plays like Dame Diana Rigg channeling both Joan Crawford and Eve Arden, and her physical slink (in one of Marvel Comics’ most wonderfully baroque costumes) calls to mind the sexy evil robot from Metropolis.
– Alonso Duralde, The Wrap

The stand-out supporting player isn’t any of the fellas, but Tessa Thompson as a Valkyrie…the Marvel universe needs to see more of her. She’s a star.
– Chris Nashawaty, Entertainment Weekly

See Thor: Ragnarok for yourself on November 3.