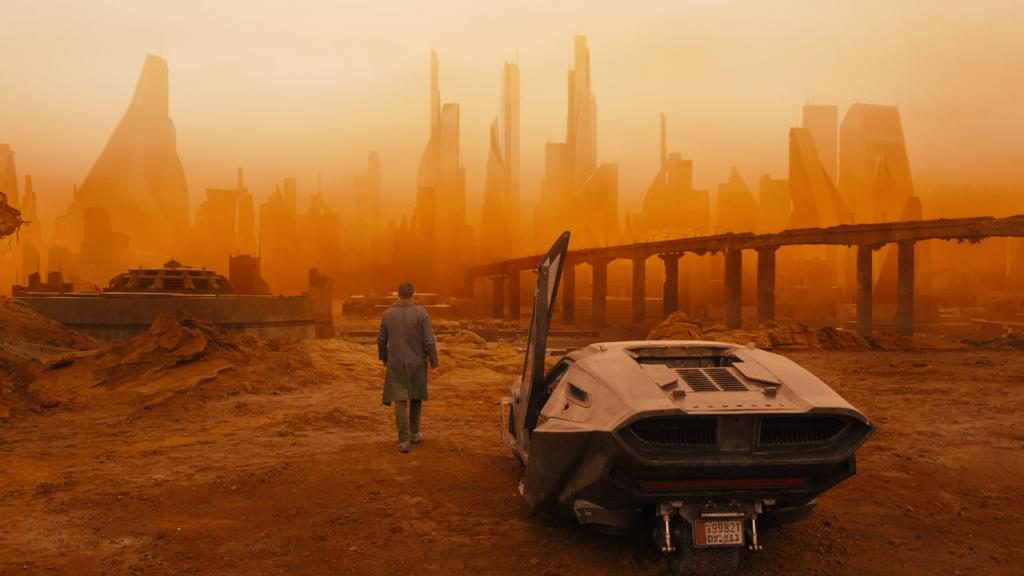 These Incredible Blade Runner 2049 Posters Can Be Yours for Free

If you are already suffering from a case of New York Comic Con FOMO, stop reading now. This is only going to worsen your condition. If you are lucky enough to attend the convention, however, mark down this information and make it your life’s mission to get your hands on these.

Bottleneck Gallery has produced the most incredible officially licensed Blade Runner 2049 illustrated posters and they are 100% free. Yup, including that amazing one we featured earlier this week. The catch is that you can only get them at their NYCC booth – number 2160.

There are three posters in the set designed by notable fan artists Matt Ferguson, Karl Fitzgerald, and Raid 71. All three of them are among the best in the business and have a really unique style to their work. Each poster captures in a unique way the bleak, drizzly, and dark atmosphere of Blade Runner. The first two in the series feature K, once in action and once walking low-key past LAPD. The other has a beautiful neon likeness of Joi with K flying by.

One lithograph will be available each day October 6-8. We aren’t sure how many copies are available of each, so make sure to get there early. We are expecting for these to fly off the table. 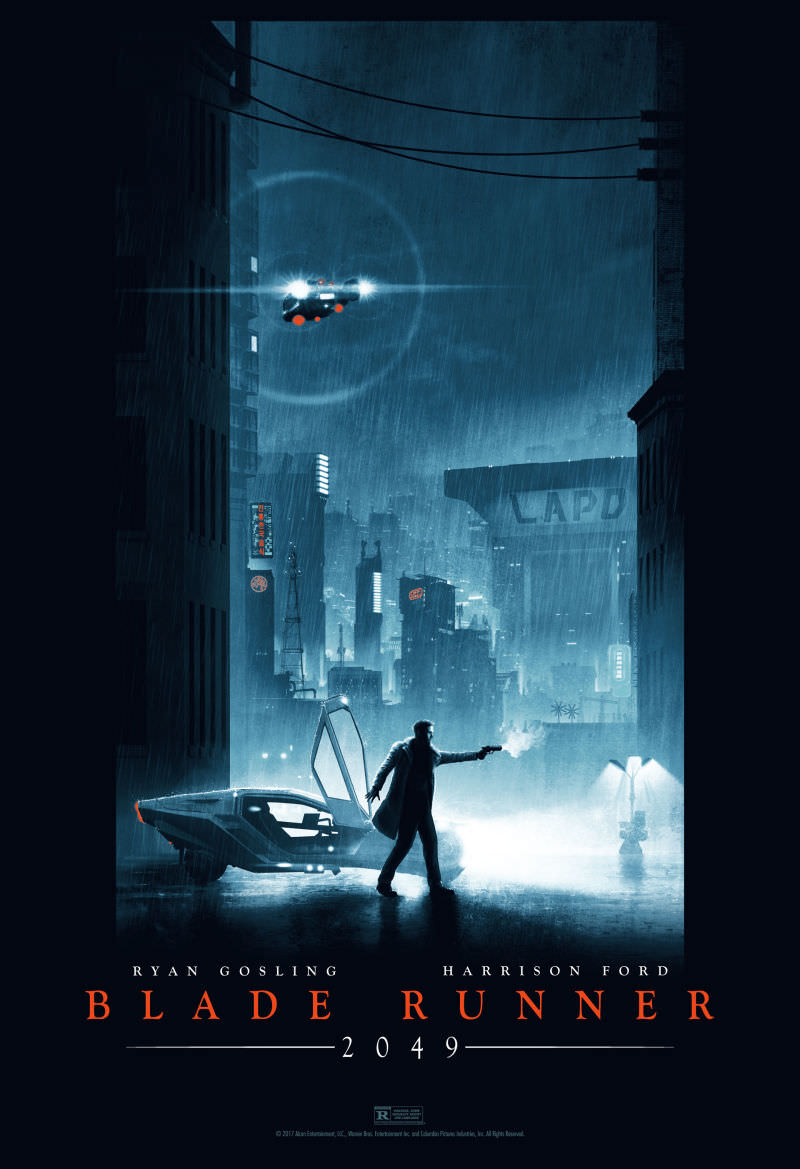 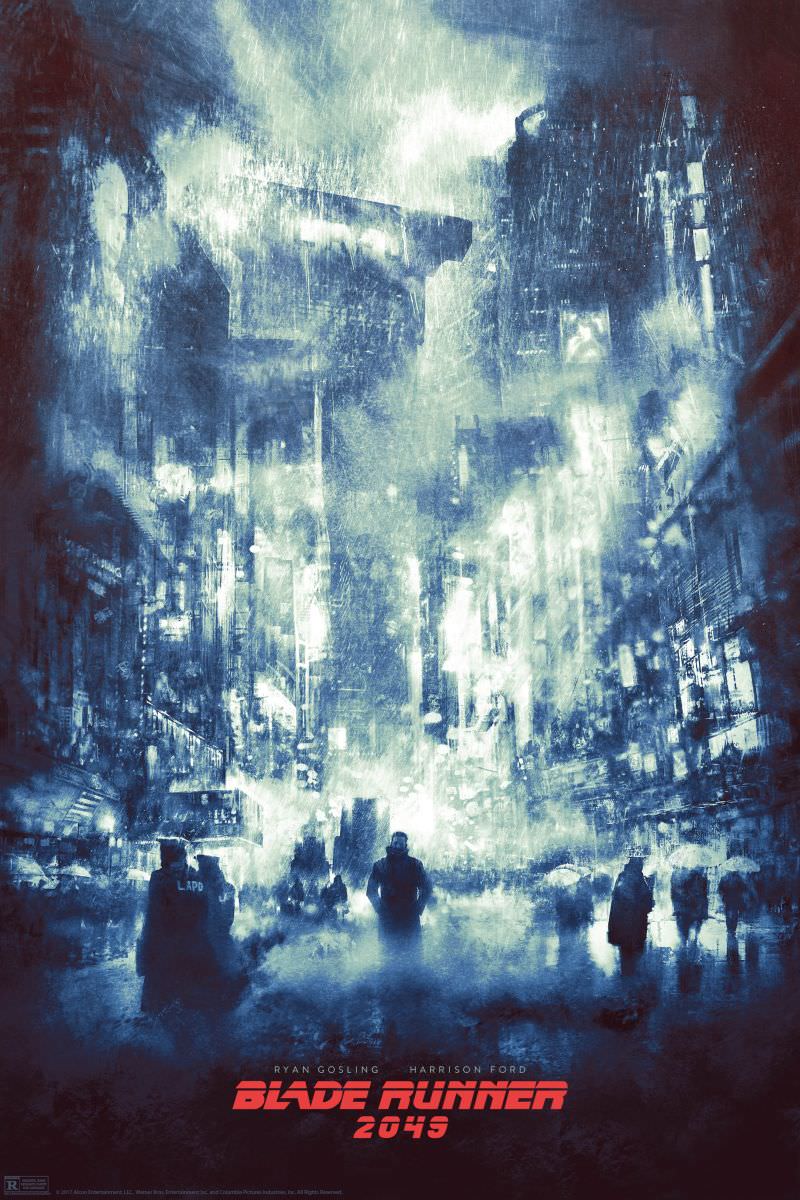 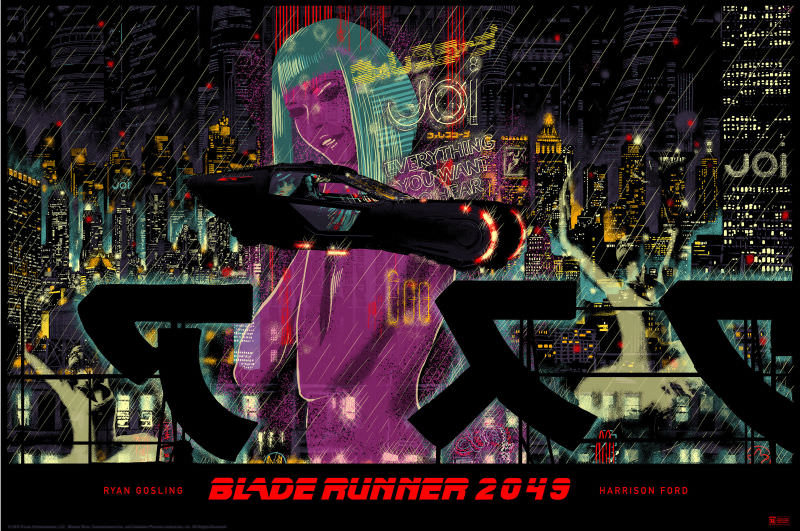 Artwork by Raid 71. Courtesy of Collider.

Everything we’ve seen reported about the movie has prepared us to have our minds blown. If you get a chance to commemorate a film this epic with some original artwork, you should always do it. And we know you already have your tickets for tomorrow and haven’t been slacking in any way, but just in case you’ve forgotten, Blade Runner 2049 premieres tomorrow.