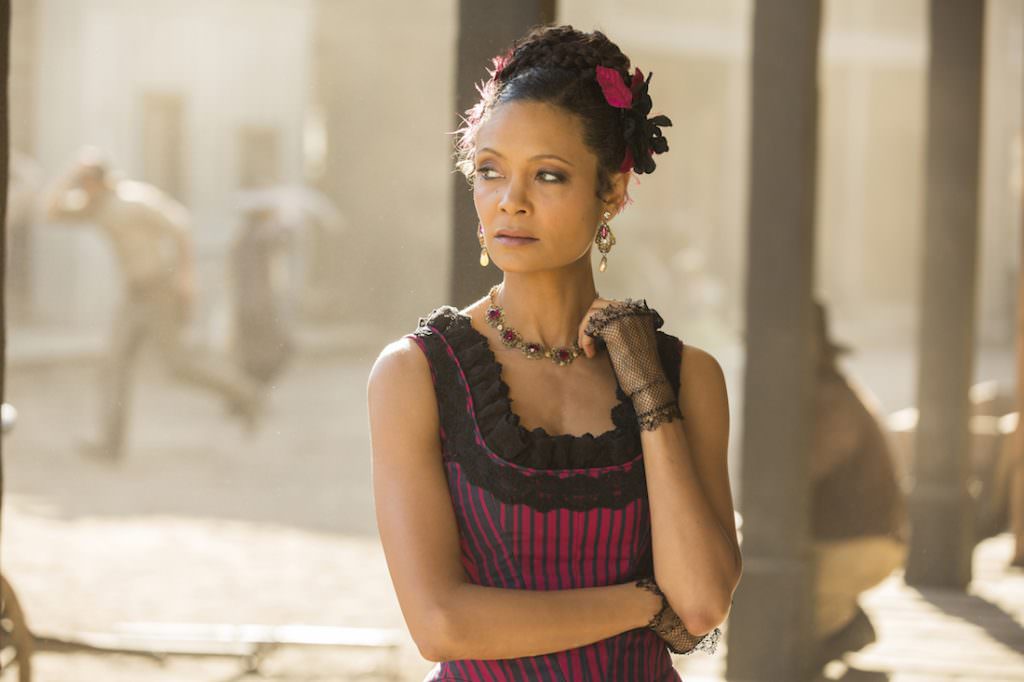 Ron Howard continues his one-man promotional work on the set of his Han Solo film, this time sharing a return from one of the film’s stars, Thandie Newton. Ever since Howard took command of the film after the departure of Phil Miller and Chris Lord, the veteran director has routinely teased elements of the film, hinting at new locations, the use of iconic conceptual artist Ralph McQuarrie’s work, Chewbacca’s arrival on set, and Han Solo’s infamous speedy completion of the Kessel Run.

His recent photo of Newton, which Howard posted to Twitter, seems to suggest she has taken  some time away from shooting season two of Westworld to appear in what he describes as “key” reshoots for the film. We’ve known since this past June that Newton would be in the Han Solo movie, but who she might be playing and how her character will fit into the larger Star Wars galaxy is unknown, and it doesn’t seem that Howard’s giving us any further clues here. Did he keep whatever Newton had already shot with Miller and Lord? Is she coming in to shoot totally new secnes?

One of the few things we can be reasonably sure about is that Howard’s version of the Han Solo story will be a lot more serious in tone than the film Miller and Lord were working on, as tone, it seems, was the major disconnect the directors had with Lucasfilm president Kathleen Kennedy. We’ve also recently learned that Paul Bettany has joined the cast in a secretive role, while rumors of a Darth Vader cameo suggest Howard’s going to tie his story of a young Han Solo quite directly to the events in the original Star Wars trilogy, much as Gareth Edwards did on his stand-alone Rogue One.

Of course, we can’t be sure about exactly what Howard and his creative team are up to until we see that first trailer. What we can be sure about is Howard’s got a lot of talent to work with, and having an actress of Newton’s caliber, one of many excellent actors in the film, gives him a very good chance of making something memorable, and worthy of titular character who helped make the original franchise what it was.

@thandienewton returned 2 #TheGalaxy to light up some key new #UntitledHanSolo scenes then back to #Westworld. What a powerhouse talent! pic.twitter.com/3Toldp3UtK