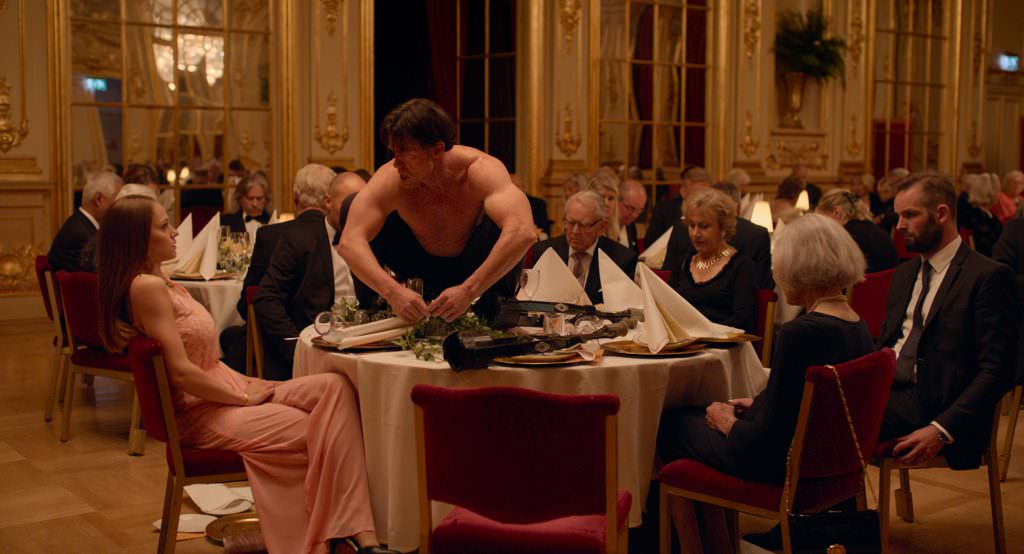 Talking With the Editor of the Cannes Palme d’Or-Winning The Square: Part II

In part 2 of our interview with Jacob Secher Schulsinger, who edited The Square (you can read part one here), this year’s winner of the top prize at Cannes, talked about some of the movie’s most provocative scenes and the changes in technology that have given him “a new range of creative possibilities.”

There’s a scene where a man sitting in the audience repeatedly disrupts a presentation. Typically, a movie would cut to a close-up of that man and the people around him. What went into the choices you made?

This is a good example of how we in the editing focus on the situation at hand more than the characters or the plot. Close-ups are often used to show how a specific character feels about something. Having a close-up of the guy with Tourette’s would emphasize that what he feels is important. We could have used that to make the scene more dramatic, but the focus was for us to describe the situation as it unravels as truthfully as if you were there yourself. We wanted the audience to relate to the awkwardness of that situation, and therefore we chose not to focus too much on the feelings of either of the characters. On top of that, a close-up could also have given the audience the expectation that we would meet this Tourette’s guy again, which we found no need to entertain, as we didn’t see any benefit in that. So in other words, the focus in the edit was show how lofty and full of ambiguous BS some of these artist talks are, how they babble away in lofty abstract and ultimately meaningless language about their work, and also how we humans in a specific group setting, here an artist talk, feel subjected to certain “rules” of behavior. Even though the artist hasn’t said one single thing that makes sense, no one dares to question him, in fear of revealing that they might not be smart enough to understand what he is saying or even better call him out. It only becomes obvious because someone doesn’t obey the unwritten rules that dictate how we are supposed to behave in this situation, and that is only because that person has a neuropsychiatric disorder. That is the more intellectual explanation in answer to your question — but another way we approached it was also to just make it fun to watch, and that sometimes happens when you don’t suggest too much. I also feel like some smart person once said that humor doesn’t work as well in close-ups as it does in wide shots. Someone slipping in a banana peel is just not as fun in a close-up.

The movie includes scenes with a real ape and with a man acting like an ape. What were the challenges in creating those moments?

The actor who imitates the monkey in the big dinner scene did such an amazing job. It is probably the most impressive performance I have seen as an editor. He nailed it in every take and he had no dialogue to lean against. It’s all him naked and every twitch, blink, spasm of the mouth, everything is just perfect. To be honest we joked that we had a much harder time with the real ape, who simply didn’t act like an ape quite as well. 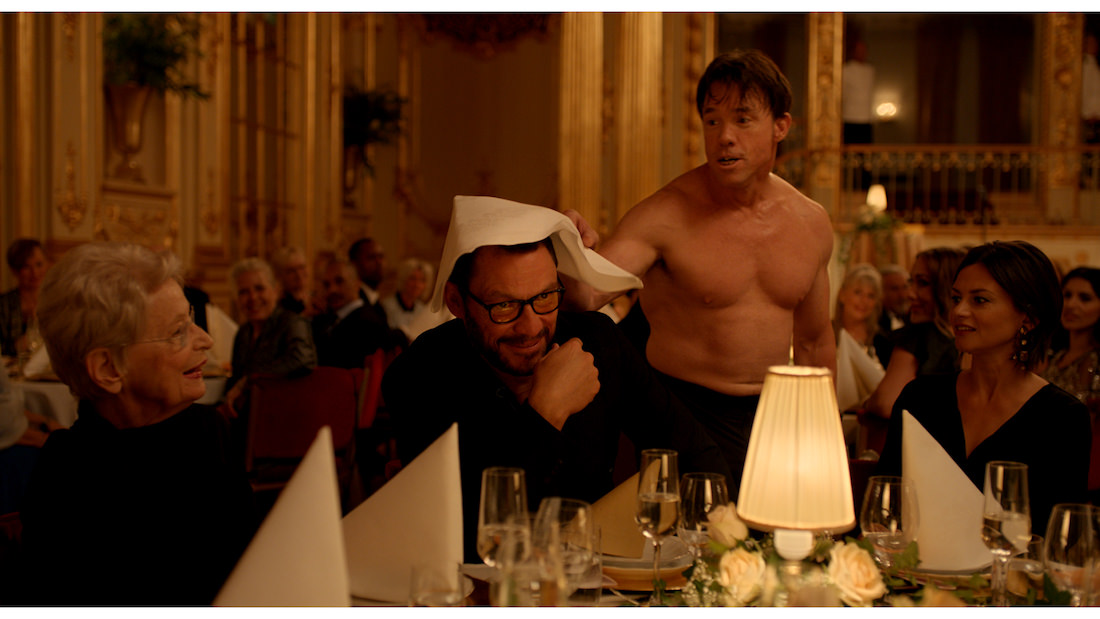 How has the technology changed since you began editing? What were you able to do on this film that you had not been able to do before?

I used Adobe Premiere for the first time on Force Majeure, and now I used it on The Square, and the program has so many possibilities for manipulating your footage which have started to affect the way I work. On both Force Majeure and The Square we did a lot of image manipulation. Everything from changing the speeds of a clip or even just a few frames, to masking objects or extras in and out of shots, and other small tricks that can improve the flow of a shot or scene. Back in the days, a lot of these things would have to be done by an effect house or wouldn’t be possible at all, but due to technological advances you can now do it right in the editing software, and pretty fast. Premiere, for instance, enables you to work smoothly with After Effects and Photoshop, which I feel has opened up for me a new range of creative possibilities as an editor. The job has and always will be about telling a story; you have to sift through the footage and find the bits and pieces that, when strung together, make for the best rendering of the director’s vision.

As an editor, you are orchestrating information. Some information comes as lines. Some like sounds, and some like images. But since you can now manipulate those bits and pieces of information so much and in so many interesting ways, it has become part of my creative process to also take these possibilities into consideration. A dialogue exchange in a single shot that doesn’t quite feel authentic might feel better if the pause between one sentence and the next is a bit longer — and this can be achieved by slowing down a few frames. Or maybe a shot might have a totally different visceral feeling if you add a camera move, or do a split screen, and change how the shot plays out. You can basically change the mise en scène sometimes. In many ways, part of the process that takes place on set can now happen in the edit suite, both directly in Adobe Premiere (editing software) and also through how it communicates with other Adobe software programs for image manipulation.

That said, it is important to emphasize that while these technical advantages are important for editors to be aware of, as it expands the creative possibilities in the editing room and creates room for ideas that can improve your movie, at the end of the day, if the story itself is not good, or more importantly if the substance of your movie isn’t interesting, then these storytelling tricks honestly don’t matter at all. They become affectations, smoke and mirrors to mask a gaping absence. Storytelling in itself is just mechanics. So having something to say is still always more important than how you say it.