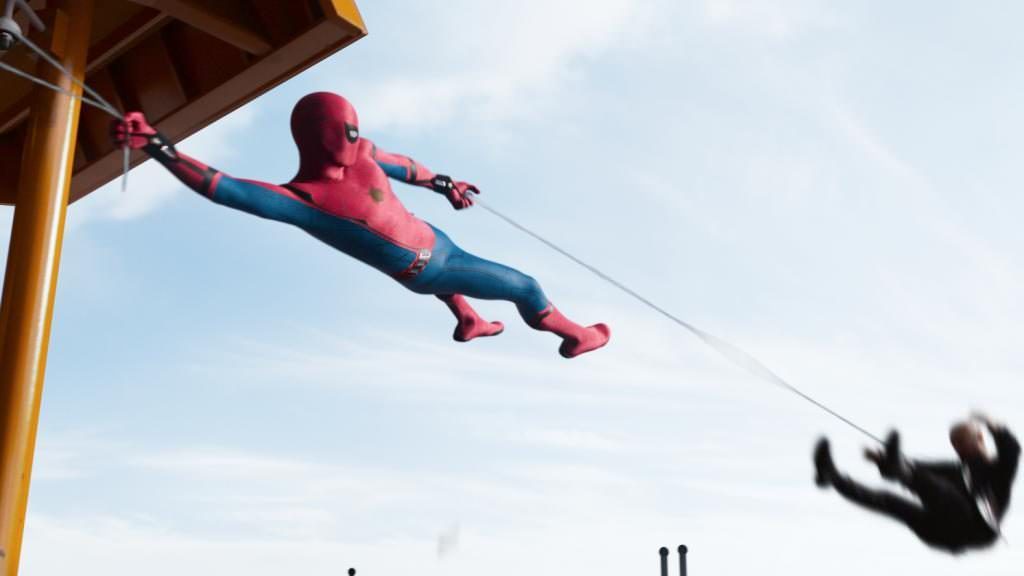 Spider-Man: Homecoming proved to be that rare thing; a pleasing, successful reboot that stood on its own as a great film, and, a seamless introduction of an iconic character in the larger MCU. With Homecoming nearing its Blu-ray release, Sony Pictures has released a deleted scene from the film that connects Peter Parker (Tom Holland) to the larger goings on in the MCU in a pretty cool way.

As you know by now, Spider-Man: Homecoming takes place after Parker is still feeling pretty great about himself after having fought in the massive Avenger v. Avenger battle in Captain America: Civil War. Naturally, the young man is prepared to join the Avengers immediately, but Tony Stark (Robert Downey Jr.) has other plans. So Peter cools his heels as only Spider-Man could; he goes to high school by day and battles local neighborhood criminals by night.

Yup, those ruins you just saw are of a crashed “skycraft carrier,” which you last saw plummeting to Earth at the end of Captain America: The Winter Soldier. Peter’s classmate and fellow debate team teammate Michelle (Zendaya), not a fan of government, isn’t sold that Captain America did the right thing, while Peter’s best friend Ned (Jacob Batalon) is clearly on team Cap. Why the government hadn’t gotten around to cleaning up the mess is one question, as is just how many more connections between Peter and the MCU did director Jon Watts eventually decide to cut. The good news is, whatever other deleted scenes there are, you’ll get a chance to see them, as the upcoming Blu-ray release has a total of ten.